REVEALED! The BIG Fight In The Semo Flour Mkt 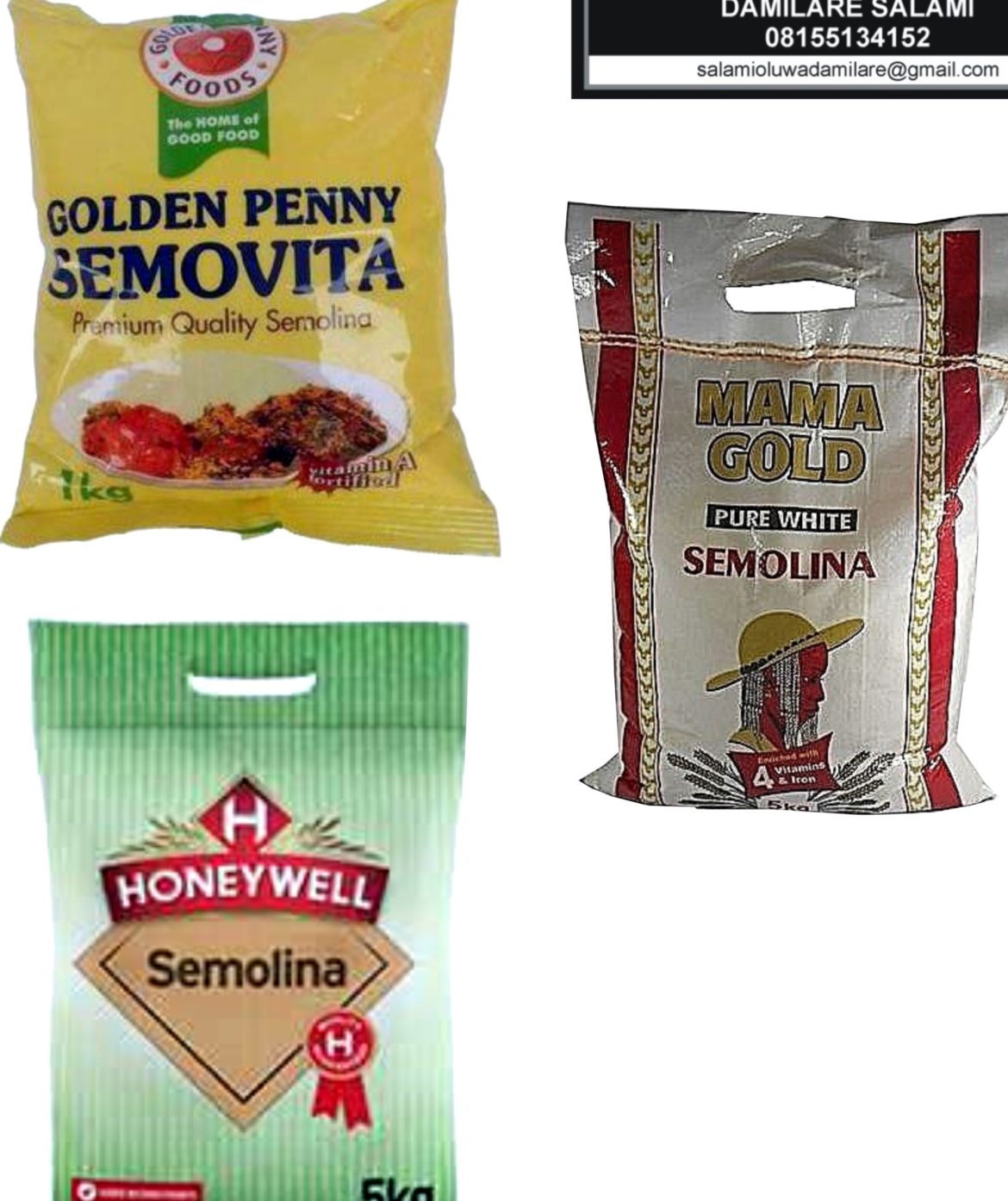 Virtually all Owambe parties menu in Nigeria are not complete without Semo flour meal. There is a popular Yoruba parlance that says “o wo ankara o je semo” which literally translates to mean without your party attire (Ankara), you will be denied the right to eat semo. Aside parties, semo flour meal has found a place in the average Nigerian family menu. Before now, pounded yam used to be many people’s favourite but ever since semo flour emerged on the scene, many families have switched their allegiance simply because it is easy and less stressful to prepare and that is to tell you how acceptable and highly rated the semo flour meal is in Nigeria today. So many people are confused when making choices in the market or restaurant. Semolina is made from coarsely ground durum wheat while semovita is made from semolina. So, semovita is a brand of semolina.

Semovita is a brand that has been in existence for 50 years and holds a whopping 70 percent share of the semolina market in Nigeria. There are no less than 10 semo flour brands in the Nigerian market presently. Top amongst them includes Mama Gold Pure White Semolina produced by Crown Flour Mills, a subsidiary of Olam International, Semolina produced by Honeywell Flour Mills Plc and Semovita produced by Golden Penny Nigeria Plc.

Speaking on how the four industry began in Nigeria many years back, the Deputy Sales Director at Flour Mills Nigeria Ltd, Mr Emmanuel Ogho, in 2011 traced the history of Flour Mills to way back in 1960 with the introduction of Golden Penny Flour. “Before the introduction, the country was importing flour to bake bread and flour-based products. With the divestment of Federal Government shares, the company became a public limited liability company,” he said.

WHY THE BIG BRANDS THRIVE

City People’s Brands & Products found out that the top players in the industry are benefiting from the marketing penetration strategy they have deployed. The strategy has helped the manufacturers reach their primary targets and improve on their sales margin. The top brands according to findings offer additional incentives to consumers and distributors such as price discount, cash gifts, and trucks and other consolation prices depending on the set target for the distributors.

Based on this, the leading semo flour brands who control 90 percent of the market have employed all available marketing strategies to battle foreign invasions into the market, which has paid off for them, leaving 10 percent of the market to the imported brands. They have also enjoyed immense support from the government’s policies that places huge taxes on importation of food items in other to encourage local productions. Five of them control 90 percent of the market, while the top three are the most preferred by consumers who answered to Brands & Products inquiries had majority of the respondents signified their preference on the above mentioned three brands which they claim comes topmost when choosing semo products.

Unlike other competing products and food stuff in Nigeria, the price of semo flour is not significant. A wholesaler, in Ogba, Lagos, Mrs Chioma Nwachukwu who spoke with Brands & Products, revealed that prices of the products show that 10 kilogrammes of Semolina sells for N2,950, Semovita of the same kilogramme sells for N3,000.

City People’s Brands & Products recently conducted a market survey and consumers aired their opinion on their preferred Semo Flour Brand. Many consumers are of the opinion that the top brands had appealed to them by improving on their product quality, a strategy that has improved product patronage. Aside the marketing tools deployed by these producers, retailers are also segmenting the products for consumers who cannot afford a bag of the product, by repackaging the products in smaller sizes in nylon, which they sell at lower unit costs. However, price is not an issue in the market, but taste, whiteness and texture of the products have helped to heighten competition in the market.

Mrs Motunrayo Adebayo, a statistician said “I prefer Golden Penny Semovita, it’s very smooth before and after cooking. Miss Adejoke Adeniran, a caterer and MD/CEO Yuhm Yuhm catering services in her opinion said “Mama Gold Semolina and it’s because the flour texture is perfect. More so, I love the fact that it remains white no matter how long you cook. Miss OmolabakeAdekanmbi, a lecturer at the University of Lagos prefers Golden Penny without any reason other than the fact that she just loves it.

Mrs Wuraola Erinoso, a fashion designer in the Ajah axis of Lagos said “I prefer Semolina, because it is easy to make and smooth when prepared well. Mrs Ayo Adebanjo who also met with City People’s brand and Products during the market survey declared her preference for Golden Penny Semovita. She later revealed that she’s an employee of the company. “I eat golden penny semovita. It’s my company’s brand. It’s fluffy after making and easy to make,” she said.

Miss Adepoju Suliat, the Managing Director of Sully’s Kitchen which offers both indoor and outdoor catering services gave Honeywell Semolina a nod. “Semolina is fine. The texture and the colour make it unique, she said. Mrs Omotolani Daramola, an event planner and the boss at Bibby Events vouched for Mama Gold Semolina. It’s easy to prepare and dissolves quickly…Easy to turn when preparing and usually smooth after preparation. Sometimes, it turns out and tastes like poundo yam, she concluded. Mrs Motunrayo Ojo who runs a printing outfit in Akinwale Street, Ogba, Lagos said “I and my family eat semolina because it resembles pounded yam.”

A wholesaler who identified herself as, IyaTunde, at Oshodi market, Lagos, said Semolina sells more, and comes out in a more whitish form and sells quickly particularly when scaled down and tied in nylon. In addition, a consumer, at the same market, Mrs Aminat Daoud, said Semolina looks more like pounded yam when prepared and does not contain seeds. Miss Tolulope Fasanya, who resides in Mushin, Lagos opted for Golden Penny Semovita because “it has the right texture for semo.”

Another consumer, who gave her name as Mrs. Esther Adanri, declared her preference for Golden Penny Semovita, claiming that it contains low sugar but commended Semolina, according to her, it is easier to prepare. She added that the slight difference is in the smoothness which she said has given Semolina a slight advantage in the market. For Mrs Kehinde Sao, a Senior Medical Laboratory Technologist at Lagos State Staff Clinic, Alausa, it is “Honeywell Semolina. It clumps together very well”. However, Miss Esther Mesikaye, a student at the University of Lagos says “I prefer Semovita because it is always soft and satisfying.”

Some other wholesalers who spoke with Brands & Products believe that the reason some consumers patronize other Semolina brands above Golden Penny Semovita is simply because of their choice and taste and that the differences are not noticeable.

How 10 Celebrity Marriages Crashed In 10 Months

My GHETTO BRED Movie Has Been A...