Revealed! The Ladies Who Control Party Scene In ABEOKUTA 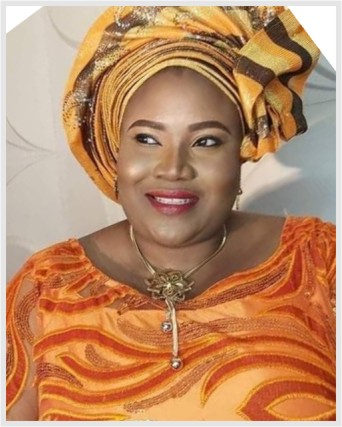 Ogun State is blessed with many young female entrepreneurs who are majorly controlling the party scene in Abeokuta. They have made it easy for those who want to stage an event in town, as they no longer need to source for vendors from Lagos. This set of babes are not slowing down as they intermittently upgrade their brands and services. Sometimes, it is hard to believe that the event vendors, from the planner to the food vendors, photographers to live bands are not from Lagos. These people control big events in and outside Abeokuta, and sometimes take more than one job in a day because everyone wants their services at their events. BUNMI MUSTAPHA brings you the list of 30 young Big Boys and Babes who control big parties in Abeokuta.

Lanre a graduate of Moshood Abiola Polytechnic, with a brand name called Drinks Delight is one of those who control events in Abeokuta. Lanre’s outfit during Governor Ibikunle Amosun’s administration was in charge of drinks at every event organised by the state government. His brand grew to become a household name. He was in charge of events for top politicians and top socialites in the state, with his drinking and cocktail services were embraced. Although he has a wine and spirit store in the Adigbe area in Abeokuta, but last year he started his grilling business, which has also become a household name, today he is still one of those who control big events in town.

The name Tammy’s Event has been in existence in the party scene for more than ten years. The brain behind the outfit has created a niche for herself that made her stand out. Abidemi was known for organising kids events and teenagers beauty pageants, but today she is one of the big event planners, who take charge of ‘A’-list events in and outside Abeokuta. During Governor Ibikunle Amosun’s tenure, she was very relevant and in charge of planning events, and she is still relevant today in governor Abiodun’s tenure as she played a vital role in the planning of the governor’s dad’s burial, since the day the news of the death of the governor’s dad broke. Tammy’s Event has become top-notch when it comes to event venue’s decorations and she is good at what she does.

Ebunlomo is one of the energetic and talented event planners in Ogun State. She is very popular both in and outside the state. Ebun started her outfit many years ago with Nube Ushers, and gradually after professional courses, workshops and seminars, she started her event outfit called NPU Events. Since then the outfit has been in charge of planning top events in the state. Last year, he started another brand called Akanke Eleso, an outfit that caters for fruits, desserts, salads, parfait and many more. The outfit is known for its beautiful set-up and fresh fruits at events. She also has a party rental outfit, which is also doing well in the events sector.

Abosede is the Marquee Manager of the Olusegun Obasanjo presidential library. She is very popular as no event hosted at the popular event centre would not go through her, and this made it possible for her to associate with the movers and shakers in the events industry. Bose started her outfit, Fehints Events a few years ago and since then her event career has been on the rise. Although, she also has a fashion house, but she is well known for event planning and decoration styling, Bose is, no doubt, good at what she does.

Eniola is one of the biggest aso-oke merchants and one of those who control big events in Ogun State. A few years ago, she opened a boutique in the Oke Ilewo area of Abeokuta, but her trending business right now is aso-oke, beading and accessorizing of fabrics, which she does perfectly well for most of the celebrities in town. She is also known for making aso-oke for brides in town and also does aso-oke for guests and family members.

Abidemi, popularly known as Grabidel Events is one of the top event decorators, who handles ‘A’-list events in Ogun State. The pretty ebony lady has been in the business for more than twenty years and she keeps growing and bringing new styles to the scene. Her touch is classy and unique. She also has a catering outfit by the side which is also doing well.

Global Events has also become a household name in Ogun State. The outfit started ten years ago with an ushering outfit called Global Ushers, and today Global Events is one of the top event outfits in Ogun State. Last year, the outfit added two different brands to its name. They are Toast and Hibiscus, and Garri Abeke. Right now, the outfit has become a strong household name and they don’t only do delivery, but now serve their garri and seafood match up and hibiscus drink and toast bread at events.

Adewole, popularly known as Halaga needs little or no introduction as her outfit is well known in the state. She started her catering outfit small at Mercy Road area of Abeokuta and today she is one of the ‘A’-list caterers in the state and she is known for hot, fresh and presentable delicacies. Halaga as she is fondly called has the biggest indigenous Amala spot in Abeokuta. Her classy meals are always at every ‘A’-list event in and outside Ogun State.

Abimbola is the brain behind Crownfit Cocktails and more. Her outfit caters for cocktails, mocktails and herbal drinks at events, and she is one of those who make the list of top vendors in Ogun State. Last year, she started an online foodstuffs business, she has also added fruity parties to her cocktail menu recently.

Badru is the brain behind Sinat Cakes, the outfit is known for making delicious cakes and desserts at events. Over the years, consistency and growth have made Iyabo stayed in the business, as she is popular not only at parties but also in the political circle in Ogun State.

Basirat, popularly known as Bashy is the brain behind Bashy Cakes. She has an outfit that caters for cakes, finger food and desserts at events and she has been able to move her brand to the next level with the delivery packages she does during the week before her weekend events. One thing that stands her out is her packaging and branding, which many people have also keyed into in the business in Abeokuta. Bashy Cakes is one of those who control events in Abeokuta.

Tessy is a popular name in Abeokuta. For party-rockers and those who seek to be a cynosure at their functions, Tessy is a celebrity makeup artist. She has been in the business for a while now and her brand has become a household name. Her outfit Tessy Beauty Empire is well known in and outside Abeokuta as she has ‘A’-list celebrity women as her clients. She is also an expert when it comes to pedicures and manicures.

Veronica is the beautiful wife of Alhaji Sikirulai Atobatele, the Balogun of Egbaland. The former television presenter and OAP is one of the biggest Aso-Ebi and aso-oke merchants. Her outfit, Ayaba’s Closet, located at Isale Igbehin area of Abeokuta, is where Ogun celebrity women now shop for their luxury jewellery, shoes and bags. She also sells beautiful lace fabrics at wholesale prices and she is very popular among Ogun celebrities as she supplies Aso-Ebi and aso-oke for ‘A’-list events.

Kemi is the wife of Ogun popular politician and fashion outfit owner, her husband outfit, Citiside fashion, is very popular and mostly patronised by the big boys in town. Kemi is a caterer, also a cake maker, her outfit is called Citiside cakes, which is very popular at top events as the outfit also does parfaits and yoghurts for events

Olubunmi popularly known as Mary Gee is a celebrity make-up artist in Ogun State. She is also very popular in Lagos as her brand is one to reckon with. She has major celebrities as her clients and she gets them ready for their Owambe parties every time. The pretty fashionista is very good at what she does.

Adewunmi popularly known as Style By Ebony is the number one celebrity hairstylist in Ogun State. Ebony has been able to make brides and society women running to Lagos for their hair care and styling for events with her touch of class. She is very talented when it comes to hair styling, which has made her stand out, she has top society women as her clients and she is one of those who control events in Abeokuta.

Another energetic woman, whose brand is one of those that control big parties in Ogun State is Idowu Oluwakemi. She is into cocktails, mocktails and her outfit Khemal Drinks also caters for chilling drinks at big events in Abeokuta. After the pretty damsel quit banking many years ago, her passion for events made her set up her brand after many professional classes, seminars and conferences, she is also the brain behind Emu Khemal and the brand has become a name to reckon with in Ogun State.

Adejoke popularly known as Ewa Ede is also one of those who control events in Ogun State. She has been able to spread her tentacles across the South-West States with her daily Yoruba motivational talks, which is also popular on Tik Tok. It’s a three in one for Adejoke. Her outfit does Aso-Oke for top events, also Adire fabrics for celebrities and she anchors ‘A’-list events in and outside Ogun State. She is also the brain behind Ewa Ede Foundation, and she played a key role in the newly released Ayinla movie by Tunde Kelani.

Moji is the first and only female DJ in Ogun State, popularly called DJ Mjay. She has been able to carve a niche for herself with her unique style. She is mostly on the wheels of steel at ‘A’-list events in Ogun State and gradually becoming a household name in Lagos. This graduate of Olabisi Onabanjo University is, no doubt, good at what she does.

Mariam is one of the young entrepreneurs in Abeokuta. Her outfit, Riam Fruits, came on board not long ago and has become a household name. Riam Fruits is top-notch when it comes to fruit desserts and parfait. Mariam has proved that she has a beautiful career in the event sector with her consistency and branding.

Bada is one of the fast-rising event planners in Abeokuta. Her outfit name is J21 Event Company, and within a short time, the pretty lady has been able to plan ‘A’-list events in town, she has proven that she has the quality touch people are looking for.

READ ALSO: WHY I HAVE REMAINED IN PDP & NOT APC – POPULAR POLITICIAN, DR. DOYIN OKUPE

Why I Have Remained In PDP & Not APC – Popular Politician, Dr. DOYIN OKUPE

50 Young Actors Ladies Are Dying To...