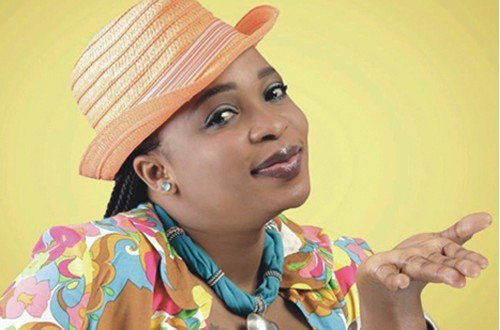 It’s no more news that pretty actress, Kemi Afolabi has been having some health challenges. A few months ago, the pretty mother of one was very scarce from the social scene, and many of her fans were wondering what happened to her. Though it became known that she was having some health issues but many didn’t know what exactly was the health condition she was battling with, and how serious, it was until she opened up about her health issues. Initially, she cautioned her colleagues who kept complaining about her increase in size to stop because they don’t know or have an idea of what she was going through.

She revealed how she prepared for death after being diagnosed with the incurable disease.

She stated via her Instagram page how she wrote her will and booked a space with a funeral ground after her diagnosis.

“I wrote my will and booked a space with Ebony Vault this year 2021 but God showed me how faithful he is despite my unfaithfulness “who am I that God is so mindful of my existence? Me ordinary sand? That was moved around from my private hospital to LASUTH, to Army Barracks Hospital and finally LUTH where I spent over 3 months.

I did the Covid-19 test every 48hrs at LASUTH emergency because I was short of breath, I was on oxygen for about a month, still, no diagnosis after several tests were conducted.

“Only a man says there is no God. I sold my properties after spending all my savings because I knew the thought of bringing my condition to the public or begging for funds at the time will kill me faster”.

Finally, I was diagnosed with a condition that has no cure but can be managed by medications and it takes me in and out of the hospital at will. “Fluid blocked my lungs, affected my heart from functioning well which was the reason for my breathlessness and that is caused by the condition diagnosed. Surgery was the only option to drain out the fluid fast. My life changed forever but I am thankful, I am still breathing.

Being in an industry that places high value on appearance, it has been a struggle taking medication that helps ease the pains but affects my weight and people will constantly remind you of how fat you have become without hesitation.

The year 2021 has been tough, but with God showing up for me and some special people by my side, I made it through”.

Just a few days ago, the star actress who featured on the latest episode of With Chude, also revealed she was diagnosed with Lupus, an inflammatory disease caused when the immune system attacks its own tissues. “I have Lupus, it is not curable, you just have to take medications for the rest of your life”, she said amid tears. And it costs her N1.2 million weekly on medications.

She also revealed that the doctor instructed her to always stay with her loved ones due to her health condition.

“Make sure you are with your loved ones. At least you still have up to 5 years, she added and apparently, she has lived one year since the doctor’s pronouncement.

Lupus is an auto-immune and inflammatory disease caused when the immune system attacks its own tissues. It can be referred to as Systematic Lupus Erythematosus (SLE). It can affect the joints, skin, kidneys, blood cells, brain, heart and lungs.

There are 5 types of life-threatening diseases. There is systematic Lupus, erythematosus that affects the joints and organs, the discoid Lupus, which affects the skin and the Sub Acute Cutaneous Lupus Erythematosus characterised by a specific non-scaring skin lesion. Drug-induced Lupus is one that can develop after exposure to certain drugs while Neonatal Lupus Solely affects newborns.

Although getting a diagnosis may be difficult, the system of Lupus can vary. It is differentiated from other connective tissue diseases based on 11 criteria offered by the American College of Rheumatology. These are butterfly-shaped rash across cheeks and nose, scaly disk-shaped rash on face, neck, ears, scalp, chest, sunlight sensitivity mouth, tongue and inside nose sores, arthritis pain in joints, pain in chest and side when breathing or moving other signs are kidney problems, neurologic problems, blood problems such as anaemia, low white cell count, immune system, malfunction and anti-nuclear antibodies. It is recommended that if you have 4 or more of these 11 symptoms, you should consult with a rheumatologist.

Lupus affects about 10 times as many women as men. Most times, it develops in people between the ages of 15 and 44. Though Lupus is more prevalent among women, it can also affect men and children as well as people of all ages.

With careful monitoring of Lupus and treatment adjustments as needed, most patients live normal lives. There may be some limitations and the disease may impose restrictions at times but with good management, quality of life can be sustained.

The worst adversary comes from within when the patient loses will and gives in to frustration and depression.

Kemi Afolabi remains one of the most sought-after actresses cum-producer in entertainment. Having spent years in the Yoruba movie industry, she has remained at the very top of her career. Her last personal movie “Mod’orisa” an all-female cast epic movie still remains the talk of the town. She always gives her best in interpreting roles and produces outstanding movies.