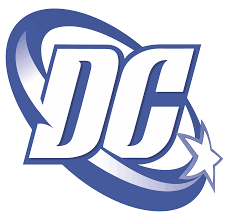 DC has unveiled the first look at its upcoming live-action TV show Titans, and it’s dark. If you’ve ever wanted to hear Robin say “Fuck Batman” before taking out a group of street-level thugs, this will be the show for you.

The show is a darker take on DC’s superhero team, Teen Titans. The trailer introduces us to Raven (played by Teagan Croft), a haunted girl who reaches out to detective Dick Grayson (Brenton Thwaites) for help. Grayson is a former circus performer who lost his parents as a child and moonlights as Robin, Batman’s famed sidekick. We also get a couple shots of Beast Boy (Ryan Potter) and Starfire (Anna Diop) in action.

This isn’t Teen Titans Go!. Robin snaps the necks of criminals, and characters muse about their own personal dark sides. The show looks as though it’s aiming for the same niche as CW’s Arrow and associated shows: a grounded and realistic take on the superhero franchise.

The series will be the First of handful that will launch on DCs first forthcoming streaming services, DC Universe. Titans will be followed by two additional live action shows (Swamp Thing and Doom Patrol) as well as two animated shows (Harley Quinn and Young Justice: Outsiders).

Robin gets dark in the first trailer for DC’s live-action show Titans was last modified: July 19th, 2018 by Igbokwe John