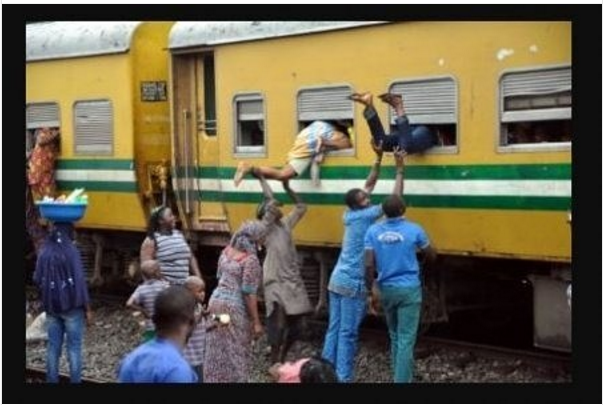 The Nigerian Railway Corporation (NRC) on Monday confirmed a passenger train crushed a beggar to death at Muslim area of Lagos.

Mr Jerry Oche, the Lagos District Manager (RDM) of the corporation, made confirmation while addressing newsmen on the incident in Lagos.

The News Agency of Nigeria (NAN) reports that an Ijoko to Iddo bound Mass Transit Train crushed a beggar to death near the Mushin railway station on Monday morning.

NAN reports that the unidentified beggar was one of the six beggars that sat in a row near the railway line at the Mushin Railway corridor.

Oche said the life of every Nigerian was important to the corporation, advising people to endeavour to obey the order and signs attached to the rail lines.

According to him, it is against the law to sit or trade besides the railway line, either begging for alms or for any other reason.

Oche, however, warned traders, hawkers, beggars and passersby to stay away from the rail lines across the state to avoid casualty.

“Anybody who has no business entering the train should not be on the rail corridor, because it is very dangerous.

“It’s like a suicide mission seeing a train approaching and you are still sitting down on the track,” he said.

READ ALSO: ‘I WILL BE VERY DIFFICULT TO KEEP HAZARD’ – SARRI

The New Gold Facials Celebs Use To...

How Late SADIQ DABA Made Many Northerners...