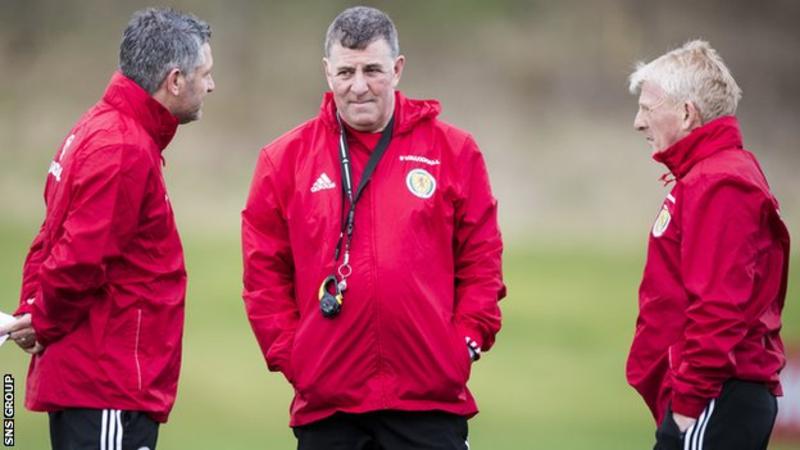 Mark McGhee has urged fans to turn up for Scotland’s World Cup qualifier against Slovenia – but says they will be entitled to boo a poor performance.

Wednesday’s friendly against Canada at Easter Road was sparsely attended and the crowd for Sunday is expected to be well short of Hampden’s capacity.

“I would only implore supporters to, at worst, come along and if we’re rubbish, boo us,” said the assistant manager.

Scotland sit fifth in Group F after four games, with manager Gordon Strachan acknowledging that three points are a must at home to the unbeaten Slovenians, who are second behind England.

Back-to-back 3-0 away defeats to Slovakia and England have made the prospect of reaching a first major tournament since 1998 remote.

“I can only say to fans I know there’s a group of players going into this game hugely determined and positive regardless of previous results because they are playing well within good situations at their clubs,” added McGhee.

“So we expect to see a positive reaction that the supporters could enjoy.”

And McGhee says no-one should read too much into a disappointing 1-1 friendly draw against Canada.

“The team will change,” stressed the former Motherwell boss.

“If we were sitting here saying the team that we had last night is the same team that’s going to play on Sunday, and therefore the manager has to come up with some story to convince them that they are going to do better on Sunday than they did last night, then I would be worried.

“But that is not the case. Last night didn’t really bear a lot of relation to Sunday.

“It was an exercise in something else: one or two people getting games; Tom (Cairney) getting a start and introducing him to people.

“So I don’t really feel there was much that I saw that is relative to Sunday.

“We have known all along the importance of Sunday night and have a totally different way of thinking about Sunday than we did last night.”

F1: Lewis Hamilton Gets New Team-Mate See Who It Is