The Secret Things I Did To Keep A Scandal Free Profile”-Star Actress, Yewande Elemosho 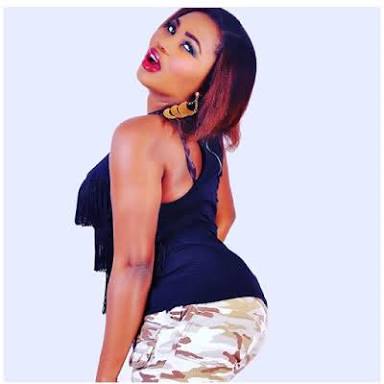 Sexy actress, Yewande Adekoya otherwise known as Yewande Omo Elemosho has opened up on the secret behind her scandal free profile in the entertainment industry in Nigeria, especially in the media.

The Ijebu, Ogun State-born actress was asked in an interview with Yorubamoviegist.com reporter about Why she dumped Journalism for acting, and she said, ” I read Mass Communication in school, so if I am not an actress I will probably be interviewing you right now.

I didn’t dump Journalism, everything works accordingly because the course has even allowed me to be a better actress and it has allowed me to manage fame better.

I have an idea what the media feeds on, what they don’t want to see or the ones they want to see. If I am working as a journalist I know the kind of news I want to carry. Being a Journalist has actually helped me to keep my profile as an actress”, she said.

On her parents’ reaction when she made it known to them that she is going into acting rather than Journalism, she said, “Way back, precisely in 2002, my parents wanted me to be educated first, they don’t care what you want to be later in the future but they believe that education is the first thing to be done because it will help you do better in whatever you find yourself doing. I was doing the acting alongside the education before I went into it fully”, she added

The Secret Things I Did To Keep A Scandal Free Profile”-Star Actress, Yewande Elemosho was last modified: May 25th, 2017 by Reporter