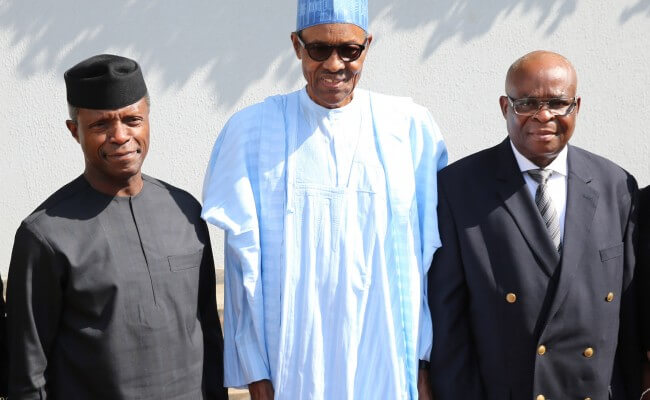 The Economic Recovery and Growth Plan (ERGP) unveiled by the Muhammadu Buhari government on Tuesday, seeks to create 15 million jobs by 2020 and 3.75 million jobs in 2017.

A breakdown in the plan shows that the government hopes to create jobs by filling up vacancies in ministries, departments and agencies of government, while also boosting agriculture and Information and Communications Technology (ICT).

According to the plan, the N-Power programme launched by the office of the vice-president in 2016 will be pivotal to these job creation steps.

“Three elements will provide the foundation for these initiatives: direct job creation by the Federal Government, jobs created in the informal and formal sectors by the private sector, and skill-building programmes,” ERGP posits.

“The Federal Government will create direct jobs by filling vacancies in MDAs whose activities are crucial to the success of the ERGP, such as the Federal Inland Revenue Service (FIRS), the Nigerian Police Force (NPF) and the Economic and Financial Crimes Commission (EFCC), on a priority basis.

“Through the N-Power programme, over two years, it will employ up to 500,000 young graduates as teaching assistants, agricultural extension workers and public health workers. States and Local Governments will complement these efforts.”

The government also plans private sector to ensure these objectives are met within projected time frame.

“The ERGP aims to create jobs by developing labour-intensive sectors (such as agriculture, manufacturing, housing and construction), continuing and extending existing public works programmes, and encouraging private-sector participation in the economy,” the plan reads.

“It will also develop infrastructure in sectors with the capacity to create demand for labour, particularly local labour. It will sustain the recently launched N-Power programmes and support MSMEs to maximize their potential for employment creation.

“In addition, the Government will also implement a social housing programme to increase home ownership and create direct jobs for artisans and craftsmen. This programme will be delivered in partnership with the States and the private sector.”

HOW DELE ODULE INSPIRED ME AFTER MESSING...