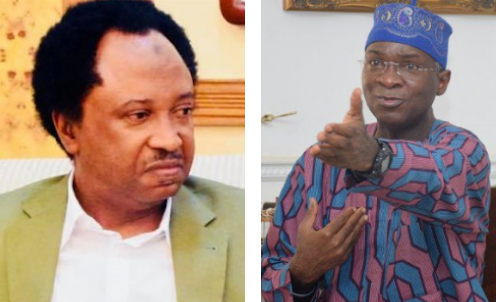 The Senator representing Kaduna central, Shehu Sani, says the states enjoying almost 24 hours power supply are in other planets of the universe.

When he appeared on a Channels Television programme on Wednesday, the minister of power, works and housing, Babatunde Fashola, had said some states in the country now enjoy almost 24 hours of electricity supply.

“Sitting down here I can tell you some states that have almost 24 hours – Kebbi, Yobe. Some have five, some have 10 and there are still outages,” Fashola said .

“The generation capacity is also increasing. It is a value chain where the distribution is not matching up the available power and from time to time, there are slacks.”

But Sani countered this claim in a tweet on Wednesday.

“Some of the states that now enjoy 24 hours of electricity are Uranus,Venus, Jupiter,Mars, Saturn and Neptune,” the senator tweeted.

President of the Renewable Energy Association of Nigeria (REAN), Femi Adaju, said operators in the informal sector are unable to produce optimally because of poor power supply.

“While it is obvious that the manufacturers and other formal operators are struggling to record growth due to the reduction in capacity utilisation of workers and other issues, operators in the informal sector are not doing well either,” Adaju said on Wednesday while delivering a paper in Lagos.

“Informal operators spend a huge amount of money on providing electricity through generators.”