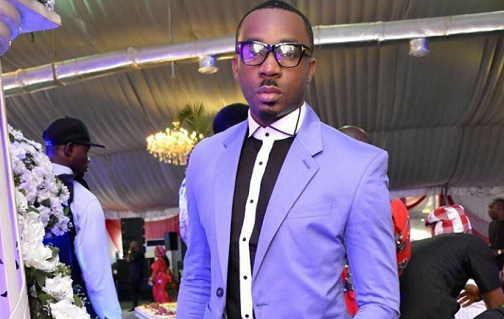 He said, “I have done it twice and let us not make it look as if it is something I have been doing all the time. The two times I have done it were weddings where I was part of the groomsmen which means that I have a personal relationship with the bride and groom. The overall reason I chose to do this was because of the mission statement behind it. It is just unfortunate how people are so quick to jump into conclusion without actually finding out what is going on. All they think is that it is an abuse or a form of slavery or perverted thoughts.

“I needed to get the world’s attention first to be able to pass across my mission statement. It is all about women advocacy at the end of the day. It is all about empowering the women. These women have no voice. I refer to the girls I use as superheroes and we had to do something drastic in order to be heard and get the world’s attention. Now they are talking about it.

“I have been in this business for about 10 years and all through those years, I have been very controversial. If you go through my Instagram page, you would see that these are things that I am used to. I am a bit surprised that most of the people that have been bashing me are women between 35 and 50. I understand that they are upset but I was expecting that they would act more maturely because when I went through their Instagram pages, I realised that they have kids. How can a mother tell me things like I would die and my mother would perish? It only lets me know that this country is so backward that we have a long way to go. Most of the ladies that said things that were so mean were mostly mothers. I am not upset because I was already expecting it and I decided to put myself through the pain, abuses and curses because I am trying to achieve something,” he said.

Shocking! “There was a mission statement behind my action” – Pretty Mike opens up on real reason why he puts girls on chains was last modified: January 17th, 2017 by Arinze Ago