Home News Should You Be Worried About The Age And Quality Of Rice?
News 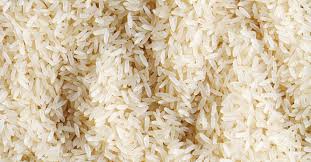 Indeed, you should be. Amidst Nigeria’s diverse cultures, rice is a great unifier for personal consumption or for moments of celebration. However, unlike some widely consumed foods, consumer priority for the age and quality is not extensive as loose and unpackaged rice continues to flood the market posing health risks. Primarily, these concerns stem from the ease with which unpackaged rice is subjected to contamination and age concealment.

As a result of exposure to the elements, loose rice is prone to aflatoxins which are harmful substances produced by Aspergillus species, a bacterium that contaminates food commodities like rice. When rice is exposed to heavy rains and high humidity, the condition favours the growth of these bacteria, leading to contamination. High levels of toxins containing carcinogens and hepatotoxins are typically found in rain-damaged rice.

Inability to determine precisely when loose rice has expired is another reason to avoid such products. When rice is consumed beyond its “best by” date, it puts one’s health at an immeasurable risk. According to a 2018 study published in the Food Science and Biotechnology Journal, expired rice is mostly contaminated by fungi or mould, which produce mycotoxins that may cause food poisoning. Mycotoxin intake may cause symptoms that range from vomiting, nausea, and abdominal pain to convulsions, coma, an increased risk of cancer, and a weak immune system. Moreover, mould contamination in dry rice may also reduce its nutritional quality.

There is no gainsaying the extent of damage one will likely cause to their health by consuming loose rice. Therefore, it is important to buy only rice sold in proper packaging like Big Bull Rice. Well-packaged rice assures consumers that they are buying food protected against the elements and resulting contamination, whilst also providing them with valuable information such as production and expiration dates.

Chinyem Nwadike, a rice seller in Aguda, Surulere, learnt this the hard way after her family consumed loose rice. Her colleague had convinced her to start selling a new supply of unpackaged rice, but she thought it wise to give it a try before introducing her customers to it. Unfortunately, the decision led to her 9-year-old son coming down with food poisoning and having to be admitted in the hospital for several days.

“I thought I was making a lucrative business decision that would put a lot of money in my account,” Nwadike said. “But in the end, I spent thousands on medical bills and medications. I felt awful for putting my family’s life at risk. Thankfully, he is okay. That is a mistake I won’t make again. I won’t even recommend buying loose rice to anyone again. If it’s not Big Bull Rice, you won’t see me there.”

Nwadike’s predicament is one that countless Nigerians subject themselves to daily. The danger of consuming loose rice is clearly life-threatening and best avoided at all costs. How does one tell how many times such rice has changed hands from farm to storage in open, dusty bags and basins, eventually ending up at the local market? How does one even tell how old the rice is and what it has undergone in a bid to make it appear freshly produced and safe for consumption? Simple: By buying only hygienically packaged rice that provides clear and accurate production and expiration information.

Aside from undergoing best practices in production and packaging, brands like Big Bull Rice come in different pack sizes, creating a level playing field for consumers of all socioeconomic backgrounds. So, there is no reason to forego packed rice in favour of loose rice that is poorly handled and not easy to assess for expiration dates. In short, when you choose packaged rice, you are simply choosing a healthy life for you and your family.

For the best packaged rice brand in the market, look no further than Big Bull Rice. It is produced in a state-of-the-art automated rice milling factory and which ensures handling is eliminated to the barest minimum, as a result consumers only get rice produced in the best hygienic conditions. Underscored by good quality, safety and the great taste of home-grown ingenuity, the premium rice is readily available in open markets, neighbourhood stores, supermarkets, modern trade, etc. in varying SKUs of 750g, 2.25kg, 5kg, 10kg, 25kg and 50kg to fit consumers’ preferences.

Should You Be Worried About The Age And Quality Of Rice? was last modified: June 1st, 2022 by Reporter