SIMI Tells City People About Her New Album, SIMISOLA – Reveals The Story Of Her Life 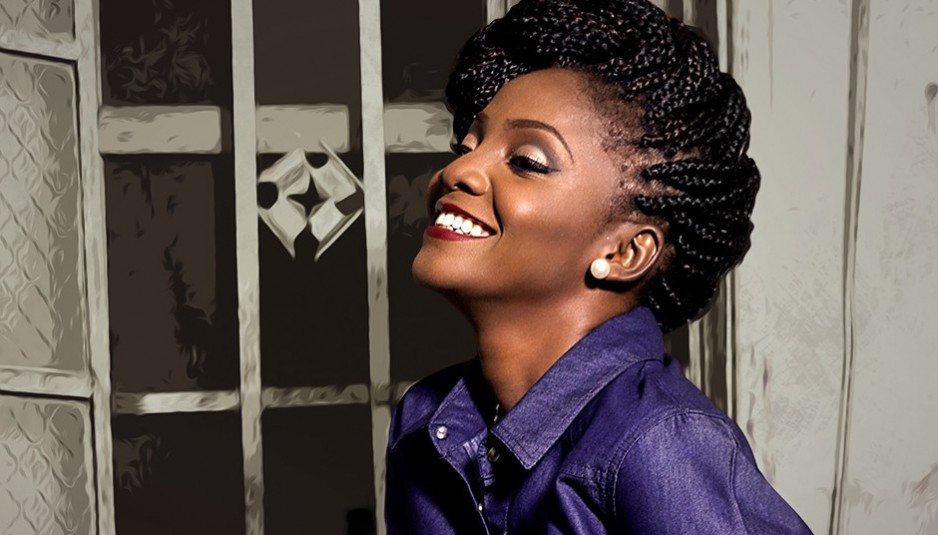 It was a lovely Monday afternoon when the Showbiz Desk of City People Magazine drove down to Opebi, Lagos to have an exclusive interview with X3M Music First Lady, Simisola Bolatito Ogunleye, popularly known and referred to as Simi. The fabulous singer and captivating performer, whose subtle voice usually lingers in the head of listeners long after the sound is gone self trained herself from a tender age on how to sing, write songs and even mix them. Her latest song, Joromi is attracting lots of attention, downloads and airplays and interestingly, she even revealed exclusively to us that she wrote the script for the lovely video.

Simi is loved by many and due to the love people have for her, City People Publisher, SEYE KEHINDE accompanied by Showbiz Reporter, DANIJI EMMANUEL and ADEOLA FAGBIYI decided to have a sit down with her so she could reveal quite a lot on her forthcoming album which is set to drop in a couple of days, her journey into music and how she’s been able to break even among her contemporaries. It promises to be an interesting read, enjoy.

What has Simi been up to?

I’ve been working on my album and it’s going to be out on the 8th of September, it’s called “Simisola”. I just recently released a single entitled “Joromi”. So far, it’s been amazing.

Who have you been working with on this album?

Well, my producer is Oscar, so he did most of the songs on the album. There are 3 other producers on the album but I am not giving the names out.

What should we expect from this album?

Still of the same Simi vibe but there’s a bit more experimenting, especially with the music, I tried out new sounds, things I haven’t done before, but there’s going to be a signature of myself on every song so people wont be confused on who sang what.

Your last singles, tell us about them

The most recent single is titled Joromi and I think that was the fastest done video that I had so far and before that I had smile for me. Most of my songs usually have a story line so it makes it much easier to do a video for them and for the last two videos that I dropped I wrote the script for them and I am proud of that.

Most of your songs are centered on “love”, why is that?

Everything inspires me, I think I am mostly inspired by experiences, things that I have seen happen or that have happened to me. People connect with things they can relate to faster. You don’t have to oversell it to them, they like it because they can relate. So those are the things that inspire me the more.

Falz featured you on “Soldier”, is there a part 2 in the pipeline?

You would have to ask Falz about that, it’s his song, he only featured me, so I don’t know if he’s going to do a part 2.

Your relationship with Falz and Adekunle Gold, can you clarify?

There’s nothing to clarify, I have been saying the same thing for the past 2 years. There’s really nothing.

How do you define your kind of music?

I’ll like to say I am an Afro-Pop artiste but the thing is I have a bit of everything in my songs. I’ve never used the term Afro-Fusion before but I’ll say Afro-Pop because it’s like Pop songs with Afro inspired instrumentation.

Tell us about this album

How do you feel coming this far in your career?

I am just entirely grateful, sometimes if you ask my friends I’ll just say Thank You Jesus. I know that there are people who have been in this industry longer than I have and they still haven’t gotten what they want yet, I still have a long way to go though but I have been able to come as far as I have and I am so thankful because I know that, you cant really buy true love and support from people. People genuinely love the music and that makes me happy, it means that what I am doing is worthwhile and I am not wasting my time. I am grateful for the gift I have, and the strength too. Some people say that I work too much but I have to have strength to work so the strength to be able top do that work, I am grateful for too.

Going back in time, how well prepared were you for music?

Actually on the contrary, I think I wasn’t very well prepared at growing up because I was the kid that, most of the things I wanted as a kid I didn’t have to really fight for it, you know, a lot of things were handed to me, a lot of things came to me easy but for music it was different because I didn’t have anybody around me that did music or understood music, nobody cared about music per say because we don’t have music in my family, so the drive I had to find it somewhere inside of myself or somewhere else, but luckily for me, I had people that supported me, nobody was trying to tell me what are you doing? Why are you wasting your time?

I told them this is what I wanted to do and they supported me, my mom especially, she just always had my back. When I finished school, she was like “just go and get experience somewhere, maybe bank” and I was like no, because I believe that anything you want to do, you have to go all in or not go into it at all. I had to fight for music, and I think that’s another reason why it means as much to me as it does.

When I was like 9 years old, I sang something in church one time and people were like “wow your voice is cute” and that was when I knew I could sing, but I wasn’t skilled at it. I think over time, it’s one thing to know how to do something and it’s another thing to like to do that thing, so I knew how to do it but I also had a love for it, so it made me want to become even better.

So as a child star, I wanted to be the best at what I was doing at my own sound, I wanted to stand out, so it pushed me to become who I am, when people criticize me, I will take from it and see how I can make it better. Like I don’t sound the same way I sounded when I started, I feel like I have grown and gone better. I think that a great work is important; I’m just learning to never settle.

Your first single “Ara Ile” was a gospel song

Yes, I started out as a gospel artist

So why did you crossover?

So I did it because I wanted to, so when I switched, it was like a switch in my head and I had to allow myself follow that switch in my head and I knew that a lot of people would say, “oh it was because of the money and everything” but one thing I believe I am blessed with is that I am very stubborn. For a girl in this part of the world, it’s usually a problem but it really helped me, if I see something and I want it, I go for it regardless of how people are. So the way I saw the switch in my head, I said this is what I want and asked God how its going to be, he should bless me, I had no money to do it then and it worked out.

Take us back, would this be your first album?

I dropped a gospel album in 2008 and that was the year that I graduated from school. I used to sing in school once in a while during our variety night, so once in a few months I would just go and sing like a special number but then I recorded an album, I started recording in 2007, and the album was completely produced by Samklef. I think a month or two before I graduated was when I put the album out, it was my school mates that actually put the word out there and it was very interesting.

How easy was it for you then and how did your mother feel about it?

She always knew I was going to do music, I don’t think she knew how serious I was about it, so when I graduated, especially when I finished serving in Abia State, and she saw that I was so into the music, she never tried to force me or intimidate me into doing something, she advices me and tells me what she thinks but she never makes me feel uncomfortable or tell me don’t do this. When I told her music is what I want to do, she supported me as much as she could.

Tell us about the EP you dropped a few years ago

I did an EP just before I got signed to X3M music. I released it in January 2013, the title of the EP is RESTLESS and it was how I felt then. I was restless then that I wasn’t signed and I had all this ideas and lot of plans and they were not really coming together the way that I wanted, so I said to myself that I was just done with keeping all this stuffs in my head, so I downloaded all these instrumentals from the internet and rewrote the songs and did a bunch of covers.

I did covers for Beyonce’s Halo, Rihanna’s Man Down and so on, I changed the entire lyrics and storylines and it was very interesting for me because I wrote and mixed it all myself, a friend helped me with the Mastering, so that’s one of the project closest to my heart because of the volume of emotions I attached to it.

How did X3M discover you?

I did a cover one time, it was a cover of Drake’s Marvins Room, it was funny how I did it, it was kind of a challenge on Twitter and then my boss, Steve Baba Eko heard it and he told someone to reach out to me to come to the studio to meet with him, and that was the first time he ever heard me sing, it was just funny.

SIMI Tells City People About Her New Album, SIMISOLA – Reveals The Story Of Her Life was last modified: August 28th, 2017 by Daniji Emmanuel

Meet Popular Actress Who Is Also A...