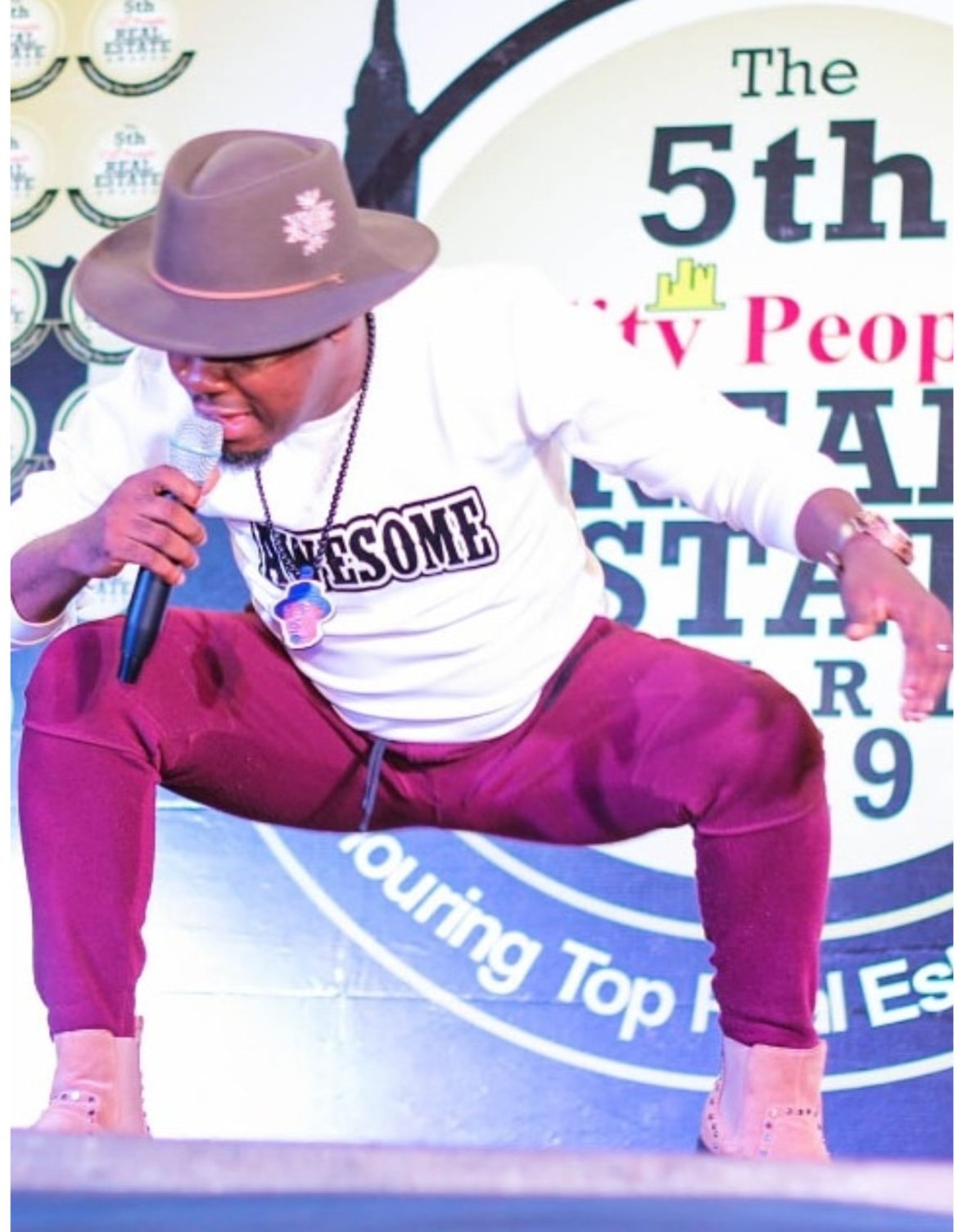 Right now, Abbey Awesome is the hottest music act in Lagos. He sings at every event. He is the artiste of choice at most parties. He is young. He is talented. He is also one of the fastest rising singers in the country today. Abbey Awesome, whose real name is Abiodun Awesola, started singing from way back in his younger days as a member of the church choir.

Having learnt from some of the biggest names in the trade such as Segun Blessing and Shuga Band, Abbey decided to set up his own band seven years ago and has since gone on to do great things ever since. He sings a blend of juju, hip hop, gospel, Afro, R& B, old skool songs, using a rich repertoire of hit songs at his disposal to entertain his fans and he does that really well. But apart from his impressive singing ability, perhaps Awesome’s biggest strength is his great dancing skills. And he can dance for a long period on stage.

Today, he has gone to perform on big stages within and outside the country alongside some of Naija’s most prominent artistes. Those who have watched Abbey and his Awesome band have given impressive reviews of his stagecraft and dexterity as an artist. They say he is fantastic on stage. He was the artiste on the bandstand at the 5th City People Real Estate Awards and he was simply incredible. He thrilled the guests endlessly and they all danced till their legs ached. City People’s Senior Editor, WALE LAWAL and Entertainment Reporter, PRECIOUS POMAA, engaged this young and emerging force in music for a brief chat and he opened up on his journey into music.

My name is Abiodun Awesola, I was born on the 23rd of December 1981. I am married with 3 kids. I started singing at a tender age in the church choir

I started as a backup singer with Segun Blessing, he is a juju Artiste. I worked with him for 7 years and when I left Segun Blessing, I worked with Busola Eleyele for 2 years. After that, I joined the Rapture band. At Rapture, we did old school, gospel and current Naija songs. When I left, I later joined the Shuga Band, they also play the same kind of music. It was after that I left to set up Awesome band which is owned by me.

How long have you been on your own?

I have been on my own for over 7 years now.

How many members did you start the band with?

We were about six or seven when we first started, but today, we are fifteen in number.

How far do you think your band has gone?

To God be the glory I have played for so many big names in the country like Chief Rasaq Okoya, Chief Olu Okeowo and so many other big men in Lagos and we are doing very fine. We have also travelled to America, Dubai and several other foreign countries. I have shared the stage with big artistes like Pasuma.

What inspired you to go into music?

Well, I started in church at the age of 15 in the choir. I have always loved music from my childhood, though I joined Segun Blessing’s band because I wanted some money to push myself through school. But as time went on, I really began to fall in love with music and wanted to be an artiste.

What kind of Juju music do you do?

I actually do repertoire. We play all kinds of music from established artists and blend them together. We do different music by rehearsing them and performing at live shows. We mix Juju, Fuji, Apala, Old school and Hip Hop together. So whenever we go for shows we perform all kinds of music.

Have you done any video yet?

Yes, I have a few videos. In 2016 when I dropped Vol 1 of my album, it went viral and people wanted to see the man behind the wonderful album, that was what prompted me to make a video and that also took me to Dubai.

What project are you working on now?

Why have you decided to do your own original composition? Why not continue with doing your mixtapes and performing popular songs by other established artists?

I just felt it was time for me to show to people that I can do my own songs as well. I can compose songs and perform them. It is important for people to know that beyond doing other people’s songs, I can write my own songs as well and they will enjoy the songs just like they enjoy that of the other popular artists.

How challenging has it been for you from when you started?

Well, it was not easy when I first started. People didn’t know me when I started. I was struggling, hustling from one event to another, begging for a little time to perform. And though they rarely even give us money for our performance, we would still perform like they were going to pay us big money. Many didn’t know then that we found it hard to even pay for both the equipment that we rented and the guys that played for us. But right now, we thank God everything is going well.

Who are the musicians you listened to while growing up?

Few years from now where do you see yourself?

Well, I am still learning and I am hoping to become even bigger and more successful. I want to be well known. I just want Awesome band to be everywhere.

‘My wife disgraced me by moaning during...