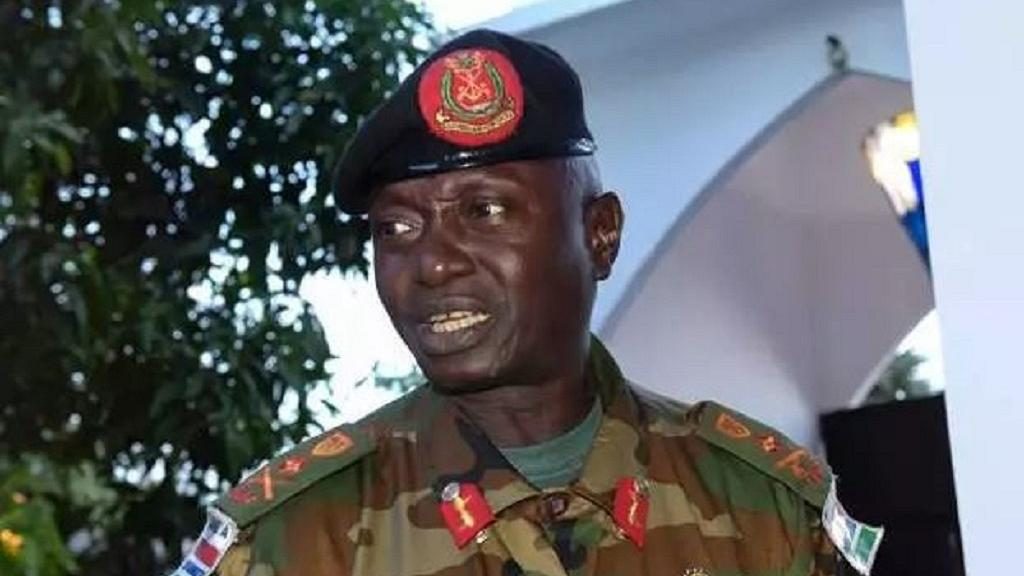 Gambian Chief of Defence Staff, Ousman Badje has said his troops will not put up any resistance if West African troops entered his country to enforce the ECOWAS mandate of forcing out President Yahyah Jammeh whose mandate expires today.

Troops from Senegal, Nigeria and Ghana were on standby to ensure Jammeh vacated office or face military action midnight Wednesday.

“We are not going to involve ourselves militarily. This is a political dispute,” Chief of Defence Staff Ousman Badjie said, after eating dinner in a tourist district close to the capital, Banjul, eyewitnesses told AFP.

“I am not going to involve my soldiers in a stupid fight. I love my men,” he added, stopping to pose for selfies with admirers while dressed in fatigues, beret and green t-shirt, according to those present.

“If they (Senegalese) come in, we are here like this,” Badjie said, making a hands up to surrender gesture.

Badjie is no stranger to controversy after appearing to declare support for president-elect Adama Barrow and then switching back to Jammeh.

He was recently barred from visiting Gambian peacekeepers in Darfur due to the sensitivity of The Gambia’s ongoing political crisis, which has seen Jammeh repeatedly refuse to step down despite losing a December 1 election to opponent Barrow.

“Our troops are on alert… The ultimatum takes effect at midnight,” when Jammeh’s mandate is due to expire, Senegal army spokesman Colonel Abdou Ndiaye told AFP ahead of the deadline.