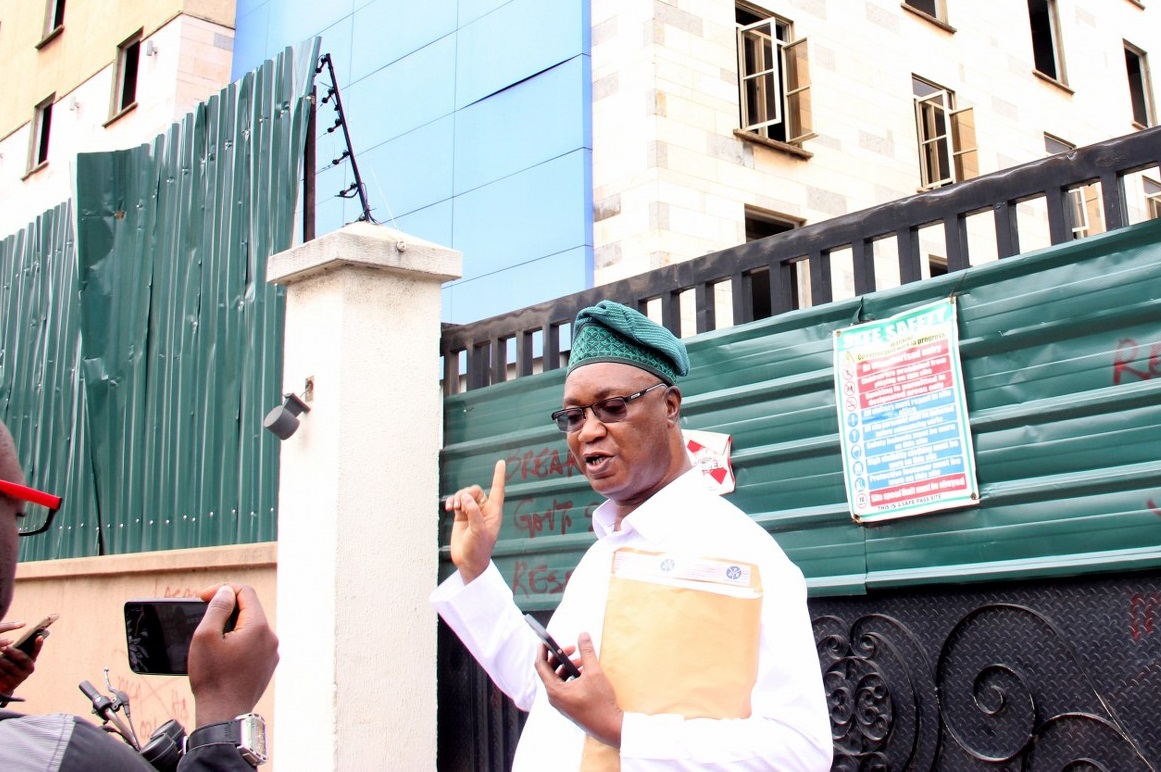 In a dramatic move, the Asset Management Company of Nigeria (AMCON) has been accused of flouting a court order illegally by allegedly selling the private property, Best Western Hotel, Ikeja, Allen Avenue belonging to the management of Suru Group.
This is happening four years after the illegal invasion and forcefully pulling security services and replacing them with AMCON security officers, despite court orders to “stay the continuing and or further execution of the said judgment”.

Newsmen visited the property and noticed that there is an ongoing renovation, and reached out to Dr. Edward Akinlade to confirm if he’s aware of the development; an inquiry he blatantly disclaimed.

Speaking with the newsmen on Wednesday, 11 May 2022, the Group Managing Director, Mr Edward Akinlade noted that Suru Group, got a notice Lagos state government stating that the Ikeja property has been sealed.

He went further:
I was called by the Lagos state government asking why I removed the seal placed on the property against the order of Lagos state, and I told them I am not aware. The Sanwo Olu-led government went ahead and re-seal the property, but yet, AMCON moved to remove the seal again.
As you can see, there are armed men on the premise and renovation is going on. This is a property that is under litigation at the Supreme Court level. Yet, a man who is a custodian of AMCON in the person of Ahmed Kuru. How can you renovate a property that is under legal assessment which is currently in favour of Suru Group.

Edward considers the action taken by AMCON as contempt of the court despite the pendency of the ruling before the Court of Appeal.

“We are particularly dissatisfied with the blatant disregard of the rule of law been displayed by a highly revered agency such as AMCON, and Ahmed Kuru being a mechanism in the temple of justice that ought to respect and uphold the tenets of law rather than disrespect the court”, he said.

“It started in 2010 when we were banking with Ecobank. N13billion fund was canceled after we have drawn N10billion. About this time, we have already bought our properties in GRA, Opebi and Best Western

“We were servicing our loan until our performing loan was sold to AMCON. AMCON was not supposed to buy servicing loan.

“So we sued Ecobank for selling our loan, and this case is still at the Federal court

“AMCON counterclaimed our case and said we have owed 26 million naira. It was later discovered that Ecobank had sold our loan to AMCON for 8.3 billion naira, without notifying us.

“We want it to be on record that we have never taken AMCON to court, This is because we believe we have no business with AMCON but the bank who sold our active loan to the agency.

“As we speak, all the cases we had and won, were filed by AMCON and the 3 different suits were all won by Suru Group.

AMCON has currently exalted the matter before the Supreme Court.

So, when AMCON wrote the letter on September 2, 2020, stating that our Ikeja GRA property has been sold, we wonder under what power? AMCON has no power to sell a property that has been sealed by the court.

Mr Edward Akinlade commended the judiciary arm of the government for its unbiased judicial conduct and implore the general public to remain law abiding.