Home Entertainment T.B Joshua forced me to confess in his church, Snake Pastor cries out
Entertainment

T.B Joshua forced me to confess in his church, Snake Pastor cries out 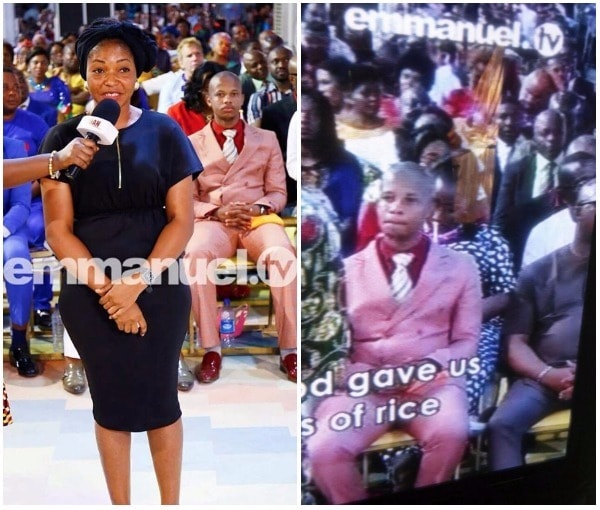 A controversial South African pastor of the End Times Ministries in Soshanguve, Penuel Mnguni, who confessed at Prophet T.B Joshua’s Synagogue Church of All Nation, SCOAN of operating with SOME strange powers, has come out again to say that he did not make the confession in his clear eyes.

Mnguni, a.k.a “Snake pastor, who is known for asking his congregants to swallow snake, told reporters as he touched down in South Africa that he is happy to talk about his visit to T.B Joshua.

Recall that the “Snake Pastor” visited the SCOAN over the weekend and was seen in a video shown on Emmanuel TV, saying, “Pastor TB Joshua and I came to realise that what I was doing was not scriptural.”

But the pastor later made a U-turn after he arrived his country, saying, “I am being used by God and God sees no sin in what I do. TB Joshua tricked me, but I am still the snake pastor!”

Mnguni said he was forced to say what he said because he feared for his safety in Nigeria.

“I never knew that I was going to be forced to speak in front of people.

“Those people took my ID and passport and would not give them back until I did what they wanted me to do. I went there on an invite and I only wanted to take part in worshipping, not deliverance.

He said they had pictures showing some of his past practices at church and he had to stand in front of them.

“It was as if everything was planned before I even got there. If you listen to the video I am not the one saying those words. There is a woman next to me who is forcefully telling me what to say.”

He said he felt as if his rights were being violated. “But I stood there hopelessly because I feared a lot of things.”

As a demonstration of the power of God, Mnguni had also fed a member with a live rat, locked a church member in a deep freeze for more than 30 minutes and drove a car over his congregants.

T.B Joshua forced me to confess in his church, Snake Pastor cries out was last modified: June 8th, 2017 by Reporter

Here’s why Daddy Freeze will never cheat on his wife