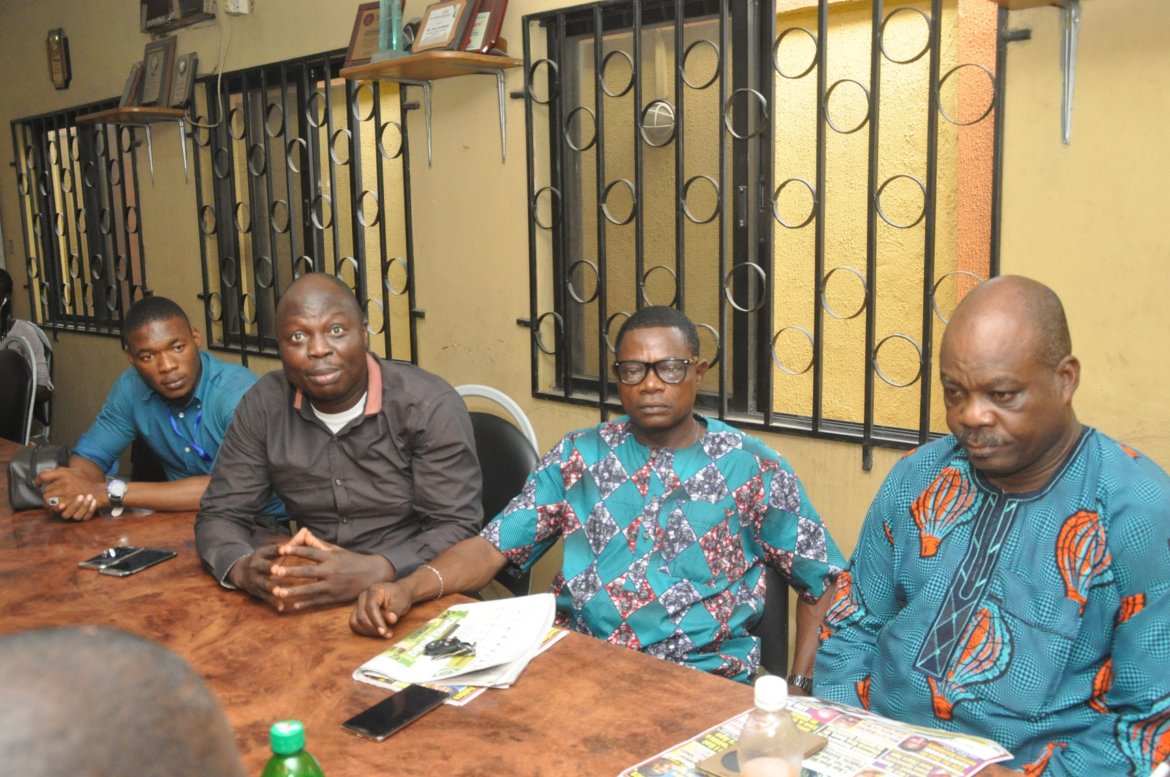 Later this week, the Theater Arts And Motion Pictures Producers Association of Nigeria (TAMPAN) will hold its 2nd Annual Convention.  It will last   for 3 days. It will take off with the Opening Ceremony  at Muson Center, Onikan Lagos on Thursday 16th November 2017 at  2pm. The opening segment, which has been themed: Nigeria Movie Industry: The Journey So Far, will witness the Unveiling of Tampan Man Of The Year.

The second day, 17th November, will present a seminar, where invited experts will talk on the copyright entertainment law and other spheres of the law affecting the movie-making industry. It will hold at the National Theater, Iganmu, Lagos.

The grand finale takes place on November 18th, at the same venue with different interesting programmes that will enrich the pockets of best upcoming actors, actress and others. Information has it that, the ceremony   will witness an inter-state Drama Competition among  16 states where the association  has branches, and the winner will go home with a million naira. Away from that, best actor, best actress, best director and others, who will participate in the stage performance would also so win N100,000 each.

Last Tuesday, members of the planning committee,  made up of Bolaji Amusan (aka) Mr. Latin, Shokoti Alagbede, Abbey Lanre, Faithia Balogun and Funbi Akinduro paid a courtesy visit to City People Headquarters at Gbagada, Lagos, to intimate the media House of the 3-day event.  The City People team led by the publisher, Seye Kehinde, assured them of City People’s support.

The planning committee  revealed that taking the association to  greater height was what inspired  the introduction of the TAMPAN  convention. They recalled that its first edition was held in Kwara State with the support of the executive governor of the state, Abdul Fatai. “When the executive of TAMPAN came on board, we brainstormed on how we could take the new association to greater heights, that was what gave birth to the annual convention.

We are aware that the  Nigerian Bar Association holds its annual convention so what is holding us back from doing the same.” “Unionism, they believe   is not about gathering to eat or dance alone. It becomes better if educative workshop, seminars are introduced for the enlightenment of members.

“We are just getting started. There are many things that could be introduced to enlighten our members with. We want to run this association differently from the way it was done in the past.  Many people are just producing films, but they don’t know their rights and with such seminars, we will be able to educate ourselves, and by so doing, we will grow together to move the association to the Zenith”.

On the choice of holding the second edition in Lagos State, the association decided that any state willing to support the convention would play host to it . “We are doing this with the little we have, including the financial assistance of some individuals like Mr Tope Agbeyo of the Media Concepts who has come on board. There are some well-meaning Nigerians who still love our work and render their support to us anytime we request for it.

The reason we are unveiling TAMPAN Man of The Year on the first day of the event is that at present we don’t have a corporate sponsor, but some individuals have really been  helping us. We are still hoping to get the Lagos state governor to attend the event”.

Speaking on why the copyright entertainment law is still staggering in TAMPAN, they said, “There is a difference now. Let us look at the Nigerian government for example, some people will tell you that Buhari’s government should just establish 24/7 electricity and go, that another government will give us housing and the rest, but governance is not like that.

When we talk about copyright or pirate issue, it is not what one person or the association can do alone. One of us was in Abuja 3 weeks ago at the National Assembly to raise the issue; we are carrying everybody along so as to have a lasting solution to this copyright issue. The piracy issue isn’t something you can eradicate at once.

I was with a learned person yesterday, a Lawyer in Ibadan, and he said that lawyers too are experiencing same challenges.  He told us of people copying their intellectual property and repackaging same for them to buy. A paper they have used to defend a criminal in court, another person will publish it and resell to them.

There is a law that was established years back that if you pirate my job and you are caught, you will pay me a certain amount of money. The law was made more than 50 years ago and it is  yet to be amended. But thank God for the movement  TAMPAN is making now on this issue. The lawyers were in Abuja 3 weeks ago, and once the package is put into the  constitution, I believe we would  all smile at the end.

When   President Muhammadu Buhari came back from London, he spoke about piracy and the ministers too  are not relenting to ensure the copyright owners benefit from their intellectual works.  We will continue talking about it until we have conquered them”.

When we come together to decide, some would be against it, but thank God that recently, they are taking heed. There is now a Nollyinsurance. It is not only for TAMPAN members, but for all movie practitioners in Nigeria. More so on this insurance issue, we are all adults in the association, but how many of us pay our monthly or yearly association fee?

There are people who make money from Nollywood, but they are never ready to contribute N1,000 to the association in a year, and how do you want us to insure the life of  such a  person?. We should put all these into consideration as members for the betterment of ourselves and the association. It is a big disgrace that one of us will have a trying period and we go public to beg to raise fund to treat such member.

For the past 3 years, we have been advocating N1,200 per member for  insurance and we have about 20,000 members, but none has  paid. This is what we face yearly. Now, our decision is that after this year’s event, everyone will register online to let us know the appropriate number of members we have. If you want to be a member of TAMPAN and you can’t pay your insurance and annual dues, then leave the association. How much is even the annual dues we are talking about? Our calendar starts from 18 November, so we still have this year to do all these, but next year, we will not tolerate such anymore”.

Why 6 IBADAN  Celebrity Friends Are No Longer Close