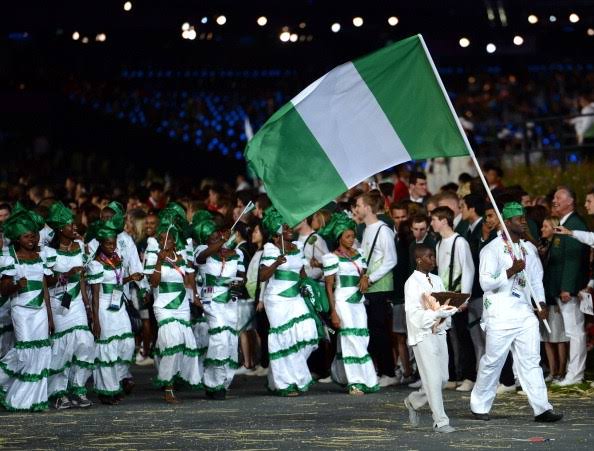 Team Nigeria has moved up to the third spot on the overall medals’ table at the ongoing African Games in Morocco after adding more medals to its total haul on Wednesday.

In all, Team Nigeria raked in 15 medals (4 Gold, 7 Silver, 4 Bronze) on Wednesday to overtake Morocco, as it moved one place up from fourth to third in the overall standings.

Athletics was the main attraction for Nigeria with Weightlifting also contributing a fair share to the total medal haul on Wednesday.

Tobi Amusan added another African Games title to her haul by claiming victory in the women’s 100m Hurdles in style.

Amusan, who also won gold at the last edition of the African Games in Congo, defended her title with a new Games Record of 12.68s, chalking off 0.06s from the time set by Glory Alozie at the Games in Johannesburg in 1999.

Another Nigerian, Grace Ayemoba, finished just outside the medal zone in 4th place with a time of 13.46s.

With her last throw, Kelechi Nwanaga also successfully defended her African title won in Congo four years ago as she claimed victory in the women’s Javelin.

Her mark of 55.88m was 50cm better than South Africa’s Joan Van Dyke who took silver, while her compatriot, Sunette Viljoen won Bronze in 53.44m.

Africa Youth Champion, Favour Ofili, continued in her remarkable run in the women’s 400m final as she ran a blistering 51.68s to take silver in the race.

The time recorded by Ofili has also secured for her a berth in the IAAF World Championships taking place in Doha next month.

The other Nigerian in the race and multiple national champion, Patience Okon-George, finished in a disappointing 5th place in 52.18s.

In the men’s final, Chidi Okezie, came from behind to claim Bronze, finished with a time of 45.61s.

Okezie told Newsmen that while he was happy to pick a medal, he was disappointed falling short of qualification for the World Championship in Doha again.

Just like in the women’s race, it was another athlete from Botswana, Scotch Leungo, that won gold with a time of 45.27s.