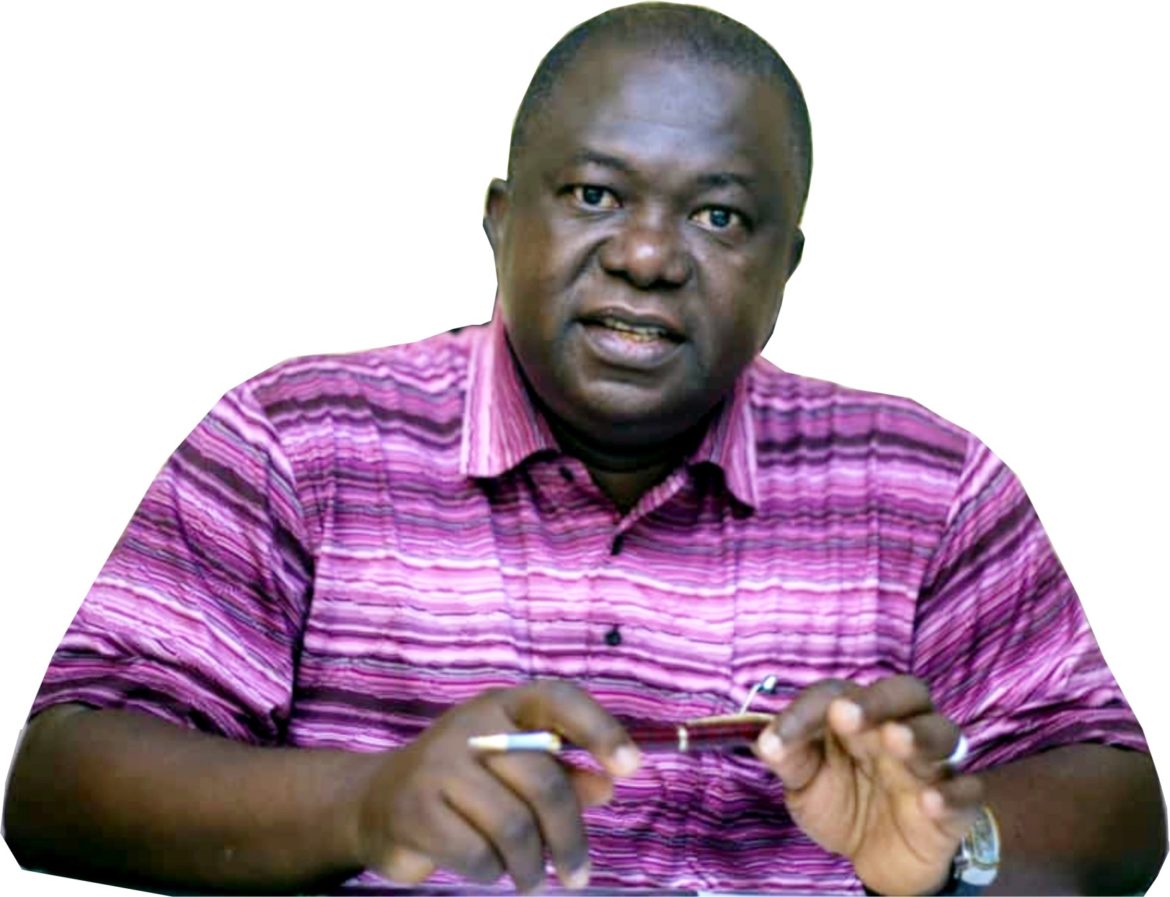 Larry Izamoje (Big Larry) is the founder of the popular Lagos Sports Station, Brila FM. He is one of the few Nigerians who has developed a deep interest in Sports right from his tender age. In fact, he said he developed an interest in sports while he was still in his mother’s womb.

Few days ago, he spoke with City People Publisher, SEYE KEHINDE, on CityPeople Instagram Live Chat, where he revealed a lot about Nigerian Football. Below are excerpts.

Let’s talk about the Nigerian League, it’s still a big problem in terms of sponsorship. How do you think we can go about tackling the issue of lack of sponsorship?

You must make the product attractive. You must make the product a brand. The way it is now, what we have is what I liken to a circle of poverty and as long as we have this circle of poverty affecting Nigerian football sponsors will stay away. You’ll find that we have poorly set up clubs out that we are only able to attract poorly paid players, that are only able to attract poorly paid coaches, and poorly paid players and poorly paid coaches who play on poorly maintained stadia and watched by supporters who are supported to support. At the end of the day, everything about the club is in the portfolio of the clubs Chairman. The clubs’ Chairman himself is a political stooge of a governor and so he’s put there not because of his knowledge of sports but because the boys must be settled for the next election. And so, you’ll find that this circle of poorly paid players, poorly paid coaches, poorly paid supporters, all of these will only lead to poor game turnouts which in turn would lead to poor game receipts. And with poor game receipts, you can’t do anything.

The clubs can’t get better and that’s why you find out that sponsors don’t get what they want.

Let me tell you this, many years ago, I did something for Coca-Cola in Makurdi during one of the FA Cups there, over a decade or two ago now. And a photographer stood in front of the letter ‘C’ and so when the camera beamed the goal, what came out was ‘Coca-Cola.’ Now when I got back to Lagos and showed them what I did, they said, sorry, this is not our brand.  Our name is Coca-Cola. Reason? Poor management of stadia. When they play matches abroad, do you see photographers stand in front of the advertising boards? So, there’s still too much to manage. And again, another thing I think we can do to make our league better is to now copy models. I looked at what was happening in the USA, Sports radio did not just drop on my head, God just revealed that this thing is working well in the USA but not in Africa. And so we had to go to the USA, got the models, adapted them, and that’s what we’ve been doing ever since. We must look at what is working overseas and adapt for your culture. Up till 1992, they were suffering in England, money was not there in the game and so some clubs decided to break away, and that was how the EPL was formed. This English league that has become so magnetic, came out of a revolution. Some clubs just decided that they have to form their own. So they came together, became shareholders of the same company. That’s why you find that the English League today is a business owned by all the clubs. When you see a Manchester United player trying to fight a Chelsea player, it’s a lie, they will never fight. It is their business. That’s why they rarely throw punches. The highest they do is bring their heads together and they get fined. They also educate their supporters. Instead of letting a supporter spoil the business, they hammer that supporter, that way, they protect their business. So, I think Nigerians should start thinking about that and work with the LMC. Somebody has to organize. But controlling powers can be diluted so that everybody can be accommodated. So rather than the LMC alone carrying this big thing on the shoulder, let everybody be part of it because they have admitted now that it’s heavy, no sponsor. That way, everybody will protect what we have. I think there’s light at the end of the tunnel.

What happened to our FA Cup?

Well, the FA Cup has suffered greatly. First, we enjoyed the FA Cup then because TV was not pronounced then in Nigeria, so people had to go to the stadium. I will not forget Raccah Rovers and Abiola Babes at the national stadium, I will not forget some matches at the Ogbe Stadium then when by 11 am to 12 noon, everywhere was jam-packed. Even newspapers would give their front pages to FA Cup final back then, putting pictures of players on the cover and that became the biggest thing. Television, poor administration over the years, sponsors not getting a reward, no sponsor is doing this because of CSR. Corporate Social Responsibility votes cannot sustain sports business and so most companies take funds from their marketing budgets for sports sponsorship. And so, if I sponsor anything you’re doing, I expect you to market my products well. From what I have paid you, you’ve got to reach out to media organizations to talk more about my products. You’ve got to package the teams involved.

So, it’s not like I give you money and you just pay only the referees and you go home then you go to Lagos State and beg for the free use of its stadia. So much is involved. All of these affected us. From the days of Coca-Cola when we had no sponsors and here we are, AITEO came on board, and AITEO has been spending oil money. We thank them and we thank the current FA President who single-handedly brought AITEO into the league and they have been big spenders. But for AITEO, Nigeria’s football would’ve been in a mess. Unfortunately, AITEO was set to do the FA Cup this year until the pandemic came. I am still saying, even with AITEO’s we still need o make this thing bigger.

Do you think the Nigerian league can ever attract foreign players?

It does. Nigerian league attracts foreign players. We have foreign players from Togo, Cote D’Ivoire and we have from Ghana. And if you say that is not foreign, I don’t know what you mean. Or do you want to bring Ronaldo to Nigeria? (Laughs)

Do you have any ambition to be part of a national or international football administration?

I have been. I have served Nigeria at the presidential level. I was one of 12 Nigerians that took Nigeria to South Africa 2010. We served as members of the Presidential Task Force for the qualification of Nigeria for that World Cup and for the participation of Nigeria at that World Cup. And it is to our credit that, today, where you have the headquarters of the Nigerian Football in Abuja at the national stadium is the house we built with funds from our work as PTF members. We also thank this FA for accepting to move into the house after nine years and repairing it to their taste. So, that is it. I have done some bit and as you can see, this head is getting bald. If they need people that can advise, why not? One might give it a shot. Then, again, Nigeria is a very complex place, it’s not enough to just jump when you’re called or appointed, you must seek freedom to really use your brain, to use all you’ve known over the years. Sometimes they just want a good name that they can use and rubbish. They come to you and use your good name and put it out there for everyone to see and then they are doing some terrible things behind. That is why sometimes they come to people like us and we tell them, sorry, we’re not available. I got one of that this year and I said, sorry, I’m not available.

What has kept you going all these years? When did you start your career?

I’ve been at this all my life really. Like we say in Sports, I started kicking from my mother’s womb, so I was doing boxing right from my mother’s womb. So, if you’re asking me when I started, I don’t know if you’re talking Radio or you’re talking newspaper or all combined because in 1987, some years after we all started working at Concord, I was live in Las Vegas  (US) for my first my world boxing championship coverage. Before then, was of the Editorial Board of the NYSC Newsletter, Kano state with Kingsley Osadolor, Fred Uwowa and some other first grade journalists. Before then, I was with Earnest Okonkwo and others at FRCN while I was doing my masters as a freelance artist. So, we’ve been on the pavement and we thank God for everything.

Veteran Actress, IYA GBONKAN, Talks About The Story Of Her Life