The OONI Of Ife Dazzles His Classmates At The LOYOLA College, IBADAN’s 30th Ann. Reunion 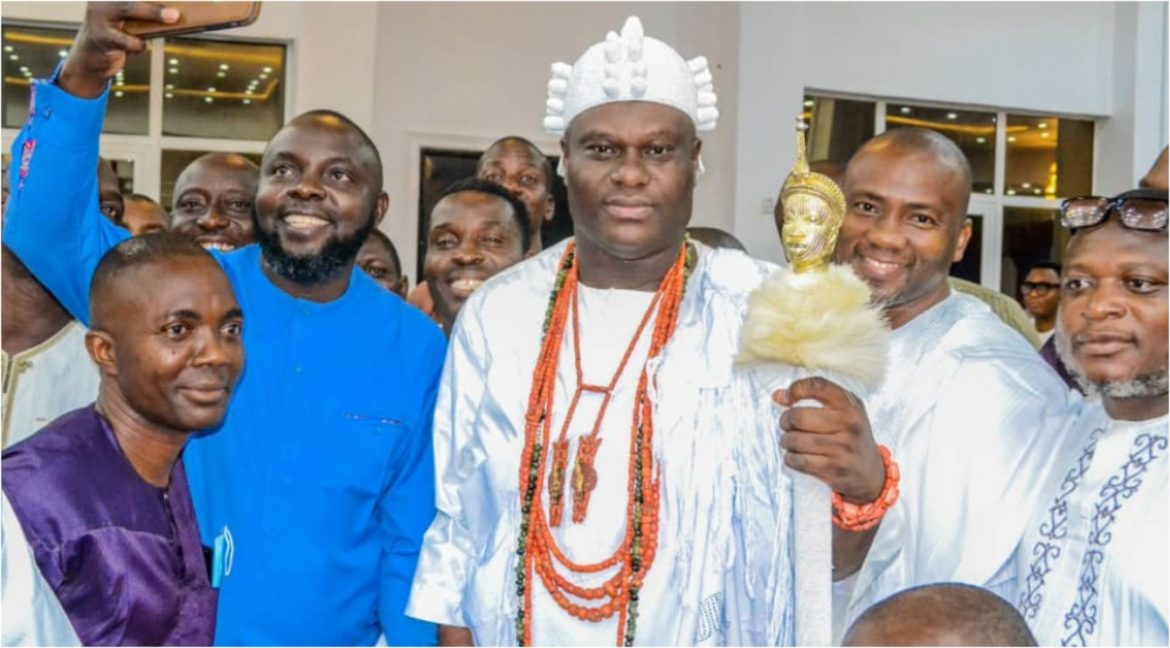 Nigeria is Africa’s most populated country. With over 200 million people and over 250 ethnic groups, the Yoruba ethnic group is one of the largest in Nigeria. It ranks alongside the Hausa-Fulani and Igbo in terms of popularity. With the Yoruba race dispersed around the world, including the Yoruba diaspora in Cuba and Brazil, Ile-Ife is the Yoruba people’s Spiritual Homeland, and the Ooni is the statutory spiritual leader and guardian of the Yoruba kingdom’s culture. This elevates whoever sits on the throne of the IIe-Ife kingdom to a position of prominence in South-West Nigeria, throughout the country of Nigeria, and throughout the world where the Yoruba race thrives.

When Ooni Olubuse II joined his ancestors in 2015, the Yoruba race had no idea they were about to get an exceptional and accomplished Ooni as the Ojájá II on 26th October 2015. At the time he succeeded the Alayeluwa Oba Okunade Sijuwade (Olubuse II), Oba Adeyeye Enitan Ogunwusi was a member of the House of Giesi, a successful businessman, and an experienced accountant. His intelligence, youth, and proven commercial successes made him the ideal candidate for the Ile-Ife kingdom and the Yoruba race. He ascended to the throne at a period when Nigeria needed a  renewed aspiration of the relevance of the youth and instilled optimism in the country’s youthful population. Since becoming the Ojájá II from the Royal House of Giesi, one of the four royal families of the House of Oranmiyan, Ile-Ife has maintained peace and attracted several economic prospects.

THE ROLE AND IMPORTANCE OF LOYOLA COLLEGE, IBADAN IN THE MAKING OF THE OJÁJÁ II

One feature of Ojájá II’s life is his strong connection with Loyola College, Ibadan, Oyo State, Nigeria. Prior to the death of Reverend GB Daramola, the school principal under whom the Ojájá II studied, he was a significant figure in a number of the events organized and hosted by the Ojájá II in Ile-Ife. Since assuming the title of Imperial Majesty of the Ile-Ife kingdom, he continues to speak highly of his school years. More significantly, he has been an unwavering supporter of his classmates, the Loyola College Ibadan Class of 1991. He hosted the first significant reunion since 1991 and its 25th anniversary in October 2016 at the Inagbe Grand Resorts and Leisure, Victoria Island, Lagos. He recently hosted the 30th-anniversary reunion in December 2021 at the Ife Grand Resort & Leisure in  Ile-Ife, Osun State.

Despite his hectic schedule, he graced the 30th-anniversary reunion of the Loyola College Ibadan Class of 1991 at the Ife Grand Resort & Leisure in Ile-Ife, Osun State in December 2021. One unique thing he did was pray for his classmates and shower them with extraordinary presents. Apart from the money he spent to host the event and the financial gifts he gave during the event, he also presented three cars to his classmates (a Toyota Avalon, a Toyota Camry, and a Honda CRV). By doing so, he has exhibited a genuine enthusiasm and love for his former classmates. Although His Imperial Majesty is the global leader of the Yoruba race, it is necessary to admit that two of the three cars he donated were not presented to Yorubas. The Ojájá II believes in a united Nigeria and consistently emphasises the understanding that it is only through unity that we as a country, Nigeria, can stand.

As the reign of the Ojájá II continues, may the Yoruba race remain peaceful and Nigeria prosper. Sincere gratitude to him for everything he has done and continues to do in support of the Yoruba kingdom worldwide. His giving heart, which he continues to demonstrate by embracing everyone, including his childhood friends, is greatly acknowledged and deeply appreciated.

From Asoju Oba & Director of Protocols on Loyola matters: Demola Ogunbayo aka Ijebu.

READ ALSO: OSUN ELECTION: DID PRIMATE AYODELE FINALLY BOW TO PRESSURE FROM THE POWERS THAT BE?

The OONI Of Ife Dazzles His Classmates At The LOYOLA College, IBADAN’s 30th Ann. Reunion was last modified: July 20th, 2022 by City People

OSUN ELECTION: DID PRIMATE AYODELE FINALLY BOW TO PRESSURE FROM THE POWERS THAT BE?