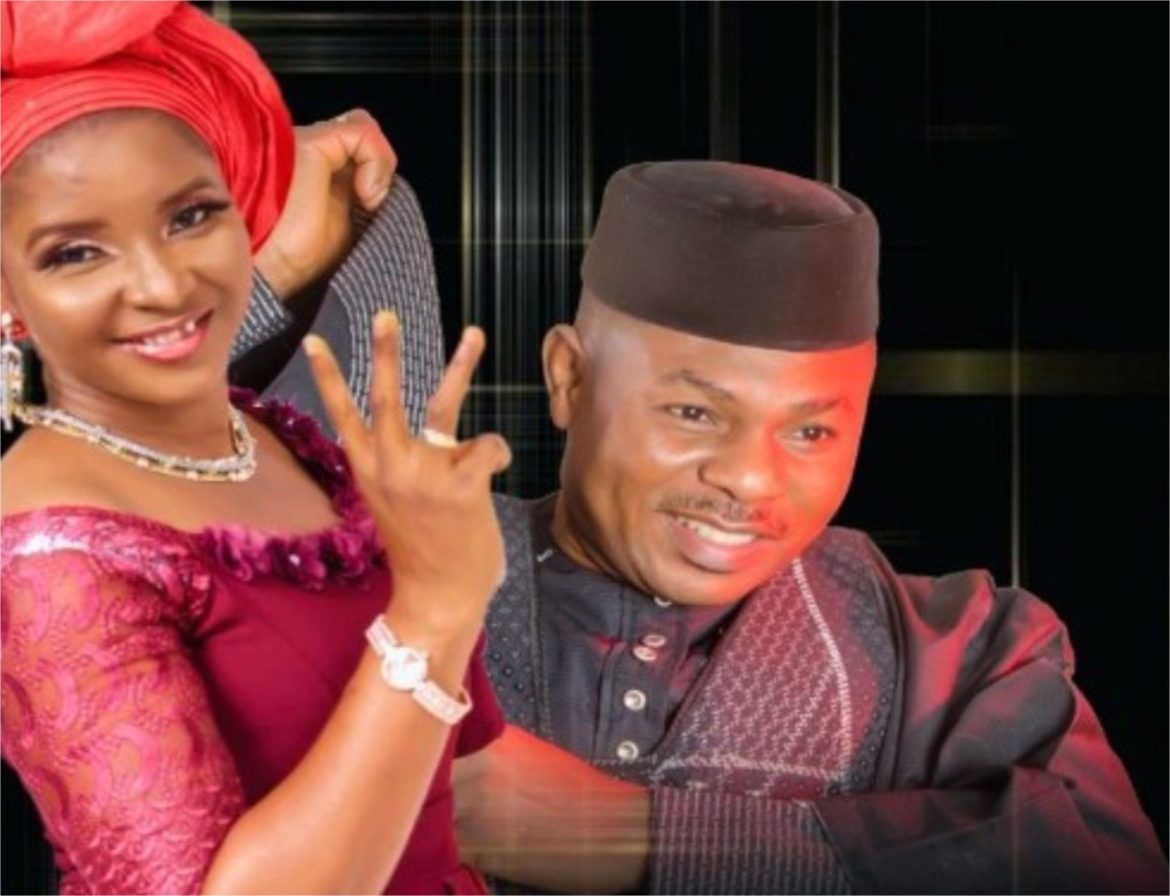 •Set To Launch Her Entertainment Outfit

Bukunmi Gbolasere, popularly known in Ibadan broadcast circle as ‘Iya Arodeyoo’, is one of the oldest members of staff of the Tungba gospel maestro, Dr Yinka Ayefele. She has been working with the Ayefele’s organization for 20 years now. From being an industrial trainee to the secretary and now an account officer and a broadcaster, she has taken full advantage of opportunities at her disposal. She now presents two programmes, ‘Ileraloro’ and ‘Arodeyoo’ on Fresh 105.9 F.M. Bukunmi is not stopping at that, as she is set to launch her own entertainment outfit, ‘Arodeyoo Entertainment’. Come 17 November 2019, she will be holding a 3-in-1 celebration; 20 years of God’s greatness that she has been working with Ayefele, her birthday celebration and launching of the entertainment outfit, Arodeyo. The programme will hold at Music House, Challenge, Ibadan.

In this chat with City People’s Correspondent, Dare Adeniran, Iya Arodeyoo as she is popularly called speaks on her 20 years with the enigma, Yinka Ayefele, her upcoming event and many more. Read on.

You are one of the oldest members of staff of Dr Yinka Ayefele. When, where and how did your paths cross his?

Though we had known each other before then because we were attending the same Church, Wisdom Church. But what really transformed to a working relationship between us started sometimes in 1990. I was searching for where to do my Industrial Training, after my ND programme. He saw me on the street and inquired about what I was up to. He has had the accident then. I think that time was when he was running round to raise money for his surgery. In fact, I could remember I was on my way from Galaxy television, where I had gone to submit my I.T letter that day. There and then, he offered me to come and do the I.T in his office. Honestly, I didn’t take him seriously because I knew his office was not well organised, let alone accommodating people for such training. But maybe because I was so concerned about his condition then as a brother, my mind kept going back to our discussion. And I was always praying for him to get back on his feet and all.

Maybe it was that sympathy that made me have a kind of re-think. The long and short of the story is that I ended up in his office for my I.T. The office was at the NTC junction end of Liberty Road, it was a one-room office. Interestingly, he was paying me #300 per month as an I.T student. We were doing jingles mostly then. Even the once in a while shows that he used to get were not that encouraging; 7,000, 20,000 or 40,000 shows.

How would you describe your experience of the past years and what has made you stay that long with Ayefele?

It has been a wonderful experience, working with my boss. The last twenty years have been eventful and encouraging. We have been enjoying a smooth relationship probably because of the brother and sister relationship we share. Of course, there have been challenging periods too, but we have been able to manage the situation. I can say he understands me quite well for the fact that we have known each other long before I started working with him. He is more like a father to me, he is a mentor and a wonderful leader.

Tell us more about your working experience with him?

Like I said earlier, I started as an I.T staff. I later became his secretary and now I am working in the accounts department as an Account Officer. I am also a broadcaster.

From I.T staff to Secretary then Account Officer, how did the broadcasting side of you evolve?

You know when you have a good leader who is always ready to support and motivate you coupled with your personal skills, nothing will be difficult to achieve.

When we moved to our former office at Ring Road, he asked me to enrol for my HND. In fact, he mandated me to get the form and all that. But I was sceptical at that time because I was already married with a kid. He availed me the opportunity of going back to school and still be working with him. From Wednesday to Saturday I was going for classes because I did part-time, at the Polytechnic, Ibadan. It was, indeed, that experience that later helped me. So, on getting to the new office, Music House, you know, we started with internet radio. One day, while I was serving him food, he just asked me, Bukunmi, you read Mass Communication now? I said yes. He instructed me to go into the studio and cast news. I was like, Oga has started again. I felt at least for once to become a broadcaster, you must have got some training apart from what you were taught in school.

So, I had to go back to my duty post as Secretary then, thought over it and decided to give it a shot. Then, we were praying for the government to approve our licence to become a full-fledged radio station. But unknown to me, the internet radio thing was a blessing in disguise for me. I was able to train myself through the medium. That was how it all started.

I later Introduced a programme called health is wealth (Ileraloro). It is a Yoruba programme basically on health issues.

What was the experience like the first time you spoke on air?

It was not that smooth and not too bad as well. The truth is that I was a bit nervous, but I still delivered at the end of the day. It was a good experience and the beginning of my broadcasting career. Thanks to my Ogas for their constant advice and training. One of them is EOB, he put me through some things in the trade of broadcasting.

Many don’t know your real name. People call you Iya Arodeyoo. How did you come about such name?

Arodeyoo is my second programme on Fresh F.M. It is more popular because it is an entertainment program. It is a programme that educates people about their future and day-to-day lives. So, the name Arodeyoo has become a kind of trademark. The name basically is about happiness. You know people derive joy from different aspects of life, depending on one’s area of interest. So, since our own interest is in the entertainment, and to be in the entertainment business, you must be outgoing. That is where I picked the name ‘Arodeyoo’ from.

That must have prompted the idea of having Arodeyoo Entertainment that you are about to launch, tell us about it?

Yes. Arodeyoo Entertainment is all about events, as it has to do with events management, M.C at traditional weddings, burial, naming etc. Many don’t know I was specially trained in that aspect as well.

What is the biggest lesson you have learnt working with Yinka Ayefele?

Perseverance. That you must continue doing what you know how to do, no matter what. That is what I have learnt from my boss, his story is quite inspiring.

What kind of a man is Yinka Ayefele?

He could be tough at times, but he is a wonderful man. He is courageous, strong and so passionate about his job. He is also visionary and most of us working with him are toeing the same path as well.

Tell us more about yourself, your background and all that?

My name is Oluwabukunmi Gbolasere nee Atilola. I am proudly an Ibadan woman, born and bred here. I attended St Patrick Primary School, Abebi, Ibadan. Then Jericho High School, Eleyele for my secondary school. From where I proceeded to the Polytechnic, Ibadan, Eruwa campus for my OND. I did my HND also in Poly Ibadan. I studied Mass Communication in both ND and HND. I am happily married with kids.

The Story Of My 20 Yrs As AYEFELE’s Secretary – BUKUNMI GBOLASERE Reveals To City People was last modified: October 22nd, 2019 by Dare Adeniran