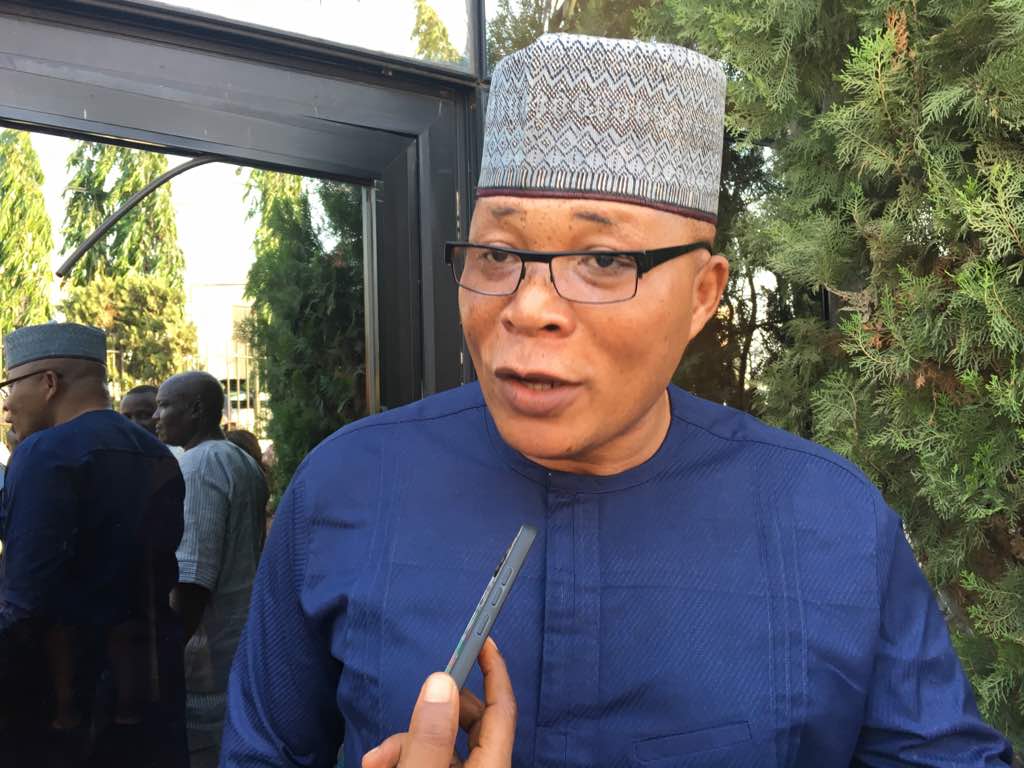 He is the Chairman of UBA Plc. But beyond this, Tony Elumelu who is a professional banker, and businessman has set up a foundation which has empowered over 4,000 young people across Africa, not only Nigeria.

His TONY ELUMELU Foundation is heavily into Philanthropy to empower the Youths across Africa.

It is for his Philanthropic Gestures that TONY ELUMELU is being honoured by City People Magazine.

The man who represented Mr Tony Elumelu at Balmoral Event Centre in Oregun; the venue of the just concluded 21st City People Awards For Excellence event on Sunday March 18, Mr  Ramon Nasir, Head, External Relations, Uba plc had a chat with City People reporter, Oluwadamilare Salami and he had this to say.

“It is an honour to receive this award on behalf of Mr Tony Elumelu, one of the greatest Africans living today, he has done so well for Nigeria and Africa at large.

“Not only the fact that he runs very good business organisations, his philanthropic activities has also endeared him to everybody all over the world.

“We are all quite familiar with Tony Elumelu foundation entrepreneurship which selects 1000 people yearly across Africa, it is wonderful and that is the path to go.

“Africa can only be developed by Africans and considering what Mr Tony Elumelu is doing, I believe that is the right path.

“In the next 3 or 4 days, another 1000 entrepreneurs will be selected by the foundation, that will make the total figure 4000 since this programme started and it is wonderful.

“Getting 1000 entrepreneurs will create about 3 or 4 more Tony Elumelus, how will this continent be? Not only that those who are selected are from Nigeria but all over the continent.

Last year, 54 African countries were represented and it was awesome, I think it’s the part to go.

“I’ve been with him for over a decade and that’s to show you how wonderful our boss is; he’s a good man, he’ considerate, he’s focused and it is a honour for me to tap from his wisdom.

“UBA is a global brand today, all of us can attest to it. Not only that we are in Nigeria alone, we are in 19 African countries, we are the only African bank in the United States of America, we have offices in London and Paris.

“In the next few days, we will release our result and you can see the consistencies in what we have done over time.

“And when we talk about products, I hope all of you know about ‘LEO’ that we released some few days ago? It has been extremely wonderful and we have changed the narratives of how mobile banking should be done on the continent, we are doing well.

“Customer service is our number one priority, you can visit any of the UBA branches in the coming days to see what we have done in the area of customer service,. I don’t believe that when it comes to customer service, any bank can do better than us.”