Top Northern Politicians Who Are In Support Of TINUBU 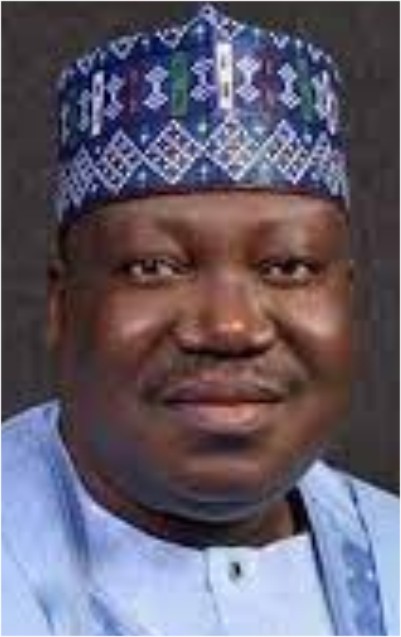 There is no doubt that, out of all the politicians who have thrown their hats into the ring to signify their intention to contest for the presidency next year, Asiwaju Bola Ahmed Tinubu is by miles the biggest of the lot. He is regarded as the most experienced, most accomplished politically, and clearly the most deserving. If there were to be no election at all and the winner would be adjudged based only on popularity, then it would’ve been a walk in the park for Asiwaju. But in politics, elections are rarely a walk in the park. Even when a candidate is hugely popular, he or she would still need to do a lot of work to ensure that huge popularity attracts sufficient numbers that can win elections.

This is quite the case with Asiwaju Bola Tinubu. The man is not taking anything for granted. He is working his socks off to ensure he gets the numbers and the support he needs from all and sundry. Despite his massive status and popularity, he has gone about his presidential ambition like an underdog, consulting extensively and touching base with every region of the country at a pace that can only be described as frenetic. But still, there are no guarantees in politics. Right now, Asiwaju’s biggest headache is coming from the north, the part of the country he helped install their son, Muhammadu Buhari, as the president of the country. Even Tinubu’s close ties with the president and the supposed pact they had about Buhari handing over to Asiwaju for helping him become president appears to have been thrown out of the window. Already, there are talks about the APC also adopting the consensus system is used to elect its current chairman for the soon to hold primaries to determine who picks the party’s presidential ticket. Many political pundits have viewed this as a strategy to edge Asiwaju out of the contest. And his friend, Buhari’s body language appears to have endorsed the use of the consensus method.

But it is not all gloomy for Asiwaju as far as the northern support he was counting on is concerned. Despite that, his pact with the president is no longer working and the cabal in the presidency is unrelenting in its hostilities towards Asiwaju’s aspirations, the man still has a strong following of prominent northern leaders who are unwavering in their support for him. And there are so many of them. One of his most vocal supporters is the governor of Kano State, Abdullahi Ganduje. He has been an ally of Asiwaju for several years running. They both come a long way. As a matter of fact, when Ganduje had some bribery allegation issues that nearly ruined his political career years back, it was Asiwaju that came to his rescue. He has been one of those fighting and pushing for the realization of Tinubu’s presidential ambition and gathering as much northern support for him as possible.

Another top northern leader who has declared support for Tinubu is the Speaker of the Kano State House of Assembly, Hamisu Chidari. He also appears to have developed a long time relationship with Asiwaju that precedes his presidential ambition. Late last year, in October precisely, he publicly thanked Asiwaju for his immense contributions to his mother’s burial. He has told anyone who cares to listen that he would give everything within his power to ensure the Tinubu presidential project becomes a reality.

The Emir of Katsina, Dr Abdulmuminin Kabir Usman, is also one powerful northern personality and monarch that has never hidden his admiration and support for Asiwaju. He has said openly that there is no way he could work against the presidential ambition of the former Lagos Governor, Asiwaju Ahmed Bola Tinubu considering his long-standing relationship with the Emirate which predates his ascension to the throne.  He added that “we will look into whatever movement Asiwaju is into, where we will support where there is need to support and we will correct where necessary. I knew Tinubu when he was governor while I was district head and he has assisted me in many ways. Now that I am on the throne, he is contesting for president, tell me why I should disown him.”

The Emir of Kano, Alhaji Aminu Ado Bayero, is a staunch supporter and friend of Asiwaju Bola Ahmed TInubu. The monarch recently officially declared his support for Tinubu and said that using the principles of justice and fairness, Tinubu was deserving of any position in Nigeria, including the oval office. The same goes for Tanko Yakassaiu, a founding member of the Arewa Consultative Forum, he has openly made known his intentions to support Bola Tinubu. He said Bola Tinubu sought for his support for his presidential ambition and because he is a man he has always admired and respected, he has decided to throw his weight behind Asiwaju. Yakasai is also expected to get the whole of the Arewa Consultative Forum to support Tinubu’s presidential bid.

Dr Abdulmuminin Jibrin is the Director-General of Asiwaju Bola Ahmed Tinubu’s Support Groups Management Council (ABATSGMC) and he has an undying love and admiration for Asiwaju beyond being the DG of his support groups. Openly, he has stated that the National Leader of the All Progressives Congress Asiwaju Bola Tinubu remains the best candidate for the 2023 presidency. Not long ago, the former Lawmaker, while reacting to criticisms that the APC national leader is not of sound health and that his hands shake while talking, Jibrin reacted in a tweet: “Let his hands be shaking, he remains our choice. You cannot suffocate our democratic space. Go and mobilise support for your aspirants whose hands are not shaking.”

Zamfara state governor, Bello Matawalle, is one of the northern allies of Asiwaju Bola Ahmed Tinubu. He has been one of the northern leaders telling anyone who cares to listen that Asiwaju is more than eminently qualified to be president of Nigeria. He was quoted to have described Tinubu as a dedicated leader and a political colossus.

Everyone knows about the tremendous respect the Senate President, Ahmad Lawan, has for Asiwaju. He has never given anyone the reason to doubt his loyalty to Asiwaju. He led a team of top northern politicians to the UK to pay Tinubu a visit when he was abroad recuperating from a knee injury. Within the political circle, it has been repeatedly said that Tinubu single-handedly installed the president of the country, the vice president, the senate president and the speaker of the House of Reps. So, where then would Lawans loyalty lie if not with Tinubu.

Another northern ally of Asiwaju who has openly endorsed his presidential ambition and vowed to do everything within his power to support him is Abubakar Sanni Bello, the governor of Niger State. Sanni Bello has never hidden his admiration for Asiwaju, they go both back a long way. When Bola Tinubu visited him not long ago, the governor did not mince words when he declared: “Lagos is a country within a country and we saw the foundation you laid there. We are looking forward to seeing you replicate for Nigeria.”

The former governor of Nassarawa State, Sen. Umaru Tanko Al-Makura is a top northern politician of note that has a lot of confidence in the leadership capabilities of Asiwaju Bola Ahmed Tinubu. He personally visited Asiwaju in Lagos not so long ago and also openly declared his support for his presidential aspirations. In the same vein, the Majority Leader of the House of Representatives, Hon. Alhassan Doguwa has also endorsed the presidential aspirations of the APC national leader, Bola Tinubu. He said it is high time members of the House of Representatives were elected under the platform of the All Progressives Congress (APC) and supported the presidential ambition of Chief Bola Ahmed Tinubu.  According to Doguwa, the former Lagos State Governor has assisted people to be president, governors and members of the national assembly.

“We will all be alive by 2023 when President Muhammadu Buhari will hand over to Bola Ahmed Tinubu.

Chairman, House Committee on Rules and Business, Abubakar Fulata; Chairman, House Committee on the Army, Abdulrazak Namdas are two prominent members of the House of Reps who are unwavering loyalists of Asiwaju. They were part of the northern delegation that travelled down to the UK while Asiwaju was there for medical treatment. The Commissioner for Waterfront Infrastructure Development, Arc. Ahmed Kabiru Abdullahi happens to be a Lagos State Commissioner, a feat he remains eternally grateful to Asiwaju for. Being a northerner, it would’ve been unthinkable that he could be part of the government and serve in that capacity, but that is exactly what the situation is. This is why he is willing to go to any length to support Ahmed Bola Tinubu’s 2023 presidential project.

Former Speaker of the House of Representatives, Yakubu Dogara is another strong northern ally of Bola Ahmed Tinubu. They also have very strong ties together. Dogara has described Tinubu as a rare breed politician. Hear him: “You are indeed an astute politician, patriotic leader and democrat of high repute who has the track record of mentoring and supporting upcoming leaders to accomplish their dreams. I commend your courage in leadership and abiding faith in the ideals of democracy and the Nigerian project.”

Lately, popular Islamic cleric, Sheikh Dahiru Bauchi has also joined the growing list of northern leaders and politicians throwing their weight behind Asiwaju Bola Ahmed Tinubu’s presidential ambition. A few days ago in Kaduna, he prayed for Tinubu and blessed him as he supported his presidential bid.

Top Northern Politicians Who Are In Support Of TINUBU was last modified: April 11th, 2022 by City People