Top Scientist: ‘Father of DNA’ stripped of honours for saying blacks are genetically inferior to whites 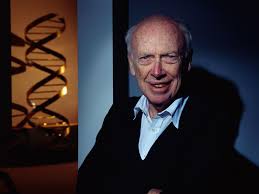 James Watson, a Nobel prize winning scientist and acclaimed as one of the ‘Father’s of DNA’ has been stripped of his academic titles after repeating offensive racist views that began to shred his reputation over a decade ago.Watson who was awarded the Nobel in 1962 for his role in the discovery of DNA’s ‘double helix’ molecular structure was quoted as saying in a documentary: “There’s a difference on the average between blacks and whites on IQ tests. I would say the difference is, it’s genetic.”

It’s not the first time Watson has come under fire for stating these kinds of beliefs.

In 2007, Watson created a furore after he was quoted as saying he was “inherently gloomy about the prospect of Africa” because “all our social policies are based on the fact that their intelligence is the same as ours – whereas all the testing says not really”.

In the same article by The Times, Watson acknowledged such views were a “hot potato”, but said that while he hoped that everyone was equal, “people who have to deal with black employees find this not true”.

In response, Cold Spring Harbor Laboratory (CSHL) – the pioneering research lab Watson led for decades – has distanced themselves from him

“Dr. Watson’s statements are reprehensible, unsupported by science, and in no way represent the views of CSHL… The Laboratory condemns the misuse of science to justify prejudice.”