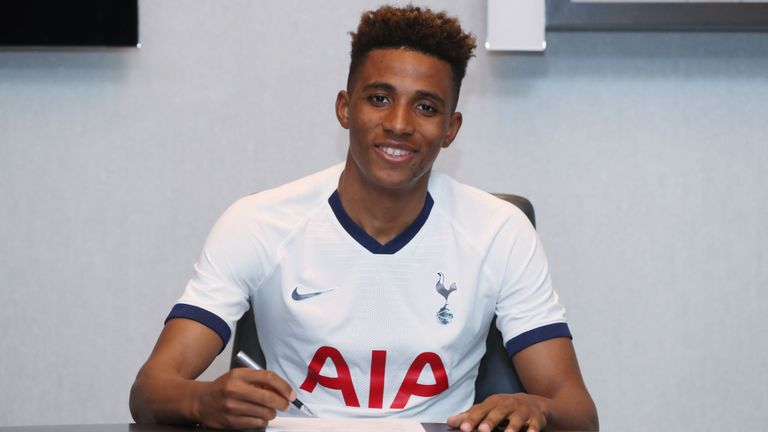 Tottenham have signed midfielder Gedson Fernandes on loan from Benfica for 18 months.

The 21-year-old made his debut for Benfica last season and Spurs have the option to make his signing permanent at the end of the loan period.

Fernandes won the Portuguese title with Benfica last season and has played 53 times for the club, scoring two goals in the Champions League.

Fernandes, who has two caps for Portugal, said he will settle in London alongside family who have already made the move.

“It’s a hard story. My family, they came to London because in Portugal, work is very hard and it’s very difficult to find work,” said Fernandes.

“They did not have a brilliant life but they have a good life here and this is one more motivation for me to be here today. They will help me to settle here.

“For me, it’s one big dream to come to this big club. This is a fantastic challenge that I have accepted and I have to win my challenge.”

Fernandes last started a league game on 30 October having fallen out of favour at Benfica.

He joins Spurs at a time where midfielders Moussa Sissoko and Tanguy Ndombele are injured, while Christian Eriksen is linked with a move away from the club.