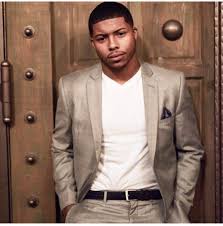 The legendary Tupac died from gunshot wounds in a drive-by shooting in a car driven by Suge Knight Snr. But Suge J. Knight claims Tupac was not killed that fateful day in September 1996.

The son of the Death Row Records boss made the claims on his Instagram suggesting that the fatal shooting in Las Vegas on 7 September 1996 was staged. 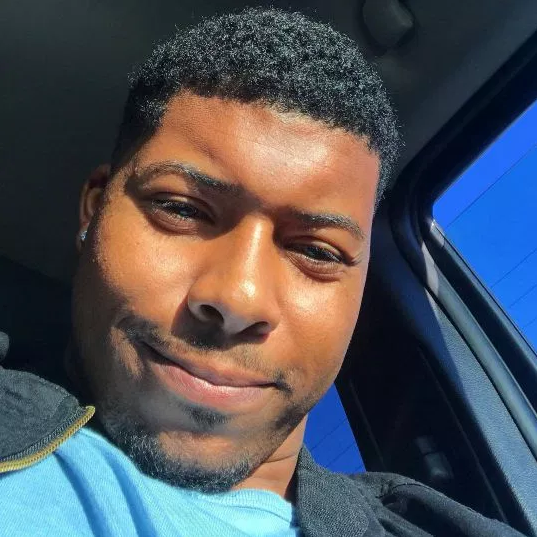 Sharing images of a man, who looks like what Tupac would look like today, hugging a modern-day Beyonce and 50 Cent, Suge Jr wrote:

Tupac is alive… he never left us. 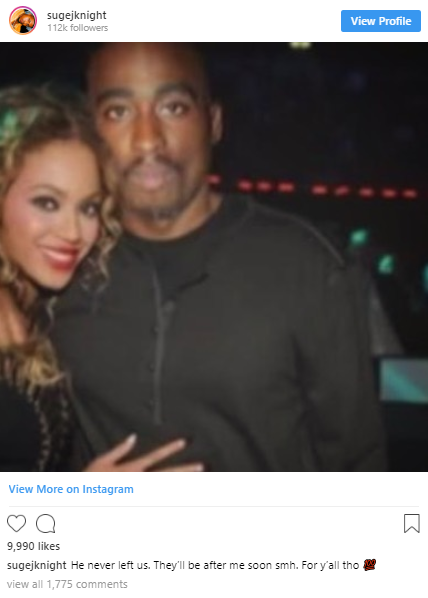 He also shared a video on his social media page of a man who looks like the late Hail Mary rapper, filmed in Malaysia before claiming that an organisation is attempting to silence him from sharing his claims online.

The son of the former rap mogul who is in prison went on to share screengrabs of an eerie direct message he got which reads:

You said to much. Time for you to go.

He then replied to the message:

The truth will be out and I’m not going anywhere.

He went on to insist that he is not on drugs. 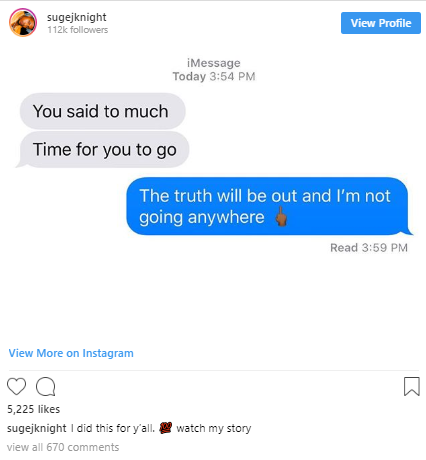 He said on this page:

They’ll be after me soon smh.

Suge Jr also posted another video claiming that people were following him as he called the supposed secret society, the Illuminati, “powerful”.

Beware of fake accounts. Their job is to distract you. The Illuminati are all about power. This is why you see powerful names getting locked up. 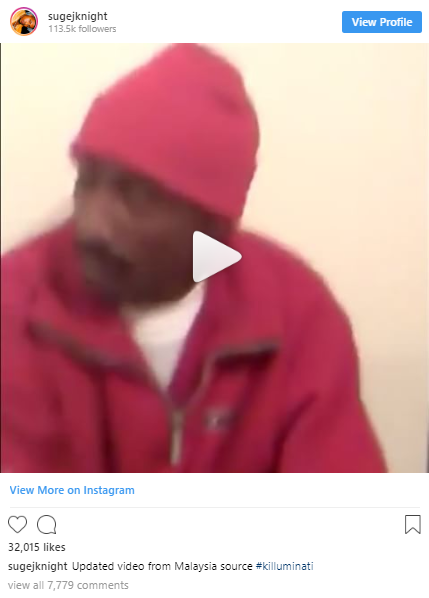 Tupac, 25, was shot four times as he pulled up outside Las Vegas’ Club 662 in a black BMW owned and driven by Suge Knight who was his music executive at the time. His murder case has been unsolved all this time but has been the talking point of many conspiracy theorists for the past two decades. 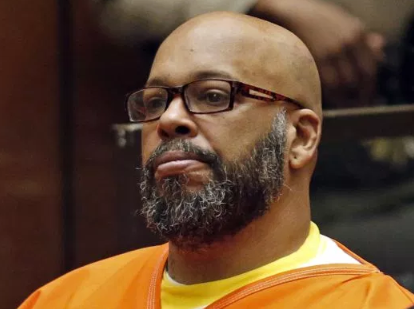