Two Death Recorded In Imo After Another Building Collapsed 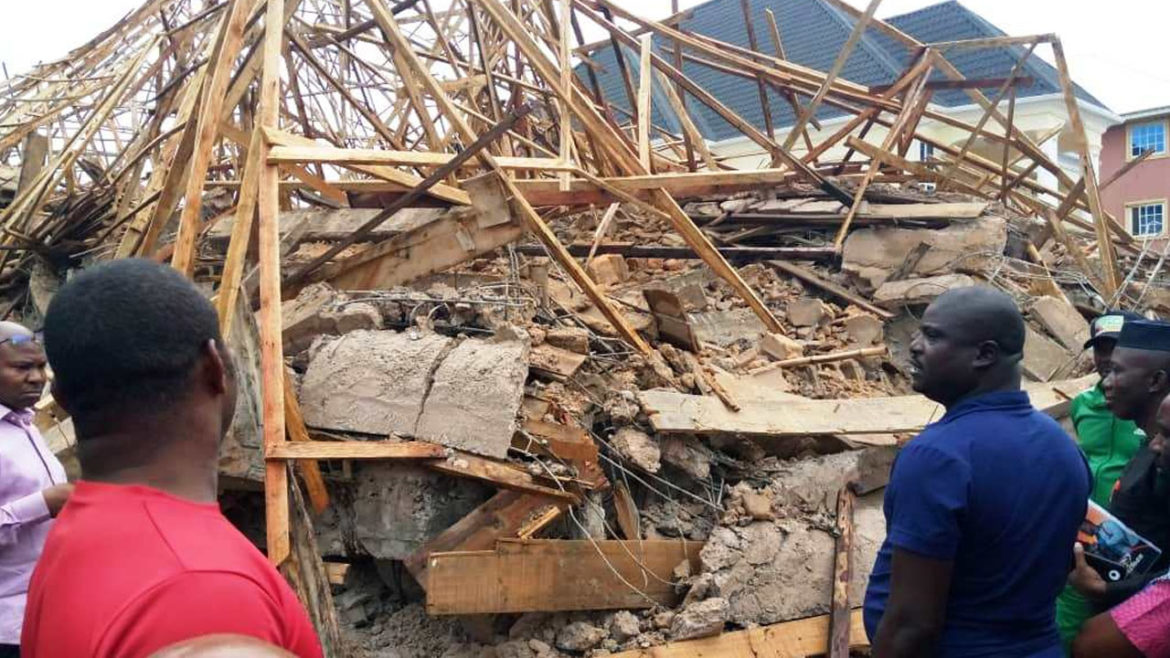 At least two persons have died with many still trapped when an eight-storey building collapsed in Owerri, Imo State, Thursday evening.

So far, about 14 persons have been rescued from the rubble of the uncompleted building.

The incident, which happened on the Yar’Adua Drive, caused panic in the state capital as many persons, mostly labourers were trapped in the rubble.

Security operatives, state government officials and personnel of the Nigeria Red Cross worked all through the night to salvage the situation.

It is believed that over 40 persons were in the building at the time of the collapse.

The commissioner for health in the state, Damaris Osunkwo, told journalists that 14 persons had been rescued “and over 25 were still under the rubble.”

Police spokesperson in the state, Orlando Ikeokwu, said that the police were working with others to rescue those trapped in the rubble.

Meanwhile, the police have cordoned off the scene.

It was gathered that the building had remained uncompleted for many years.

Two Death Recorded In Imo After Another Building Collapsed was last modified: May 1st, 2020 by Damilare Salami