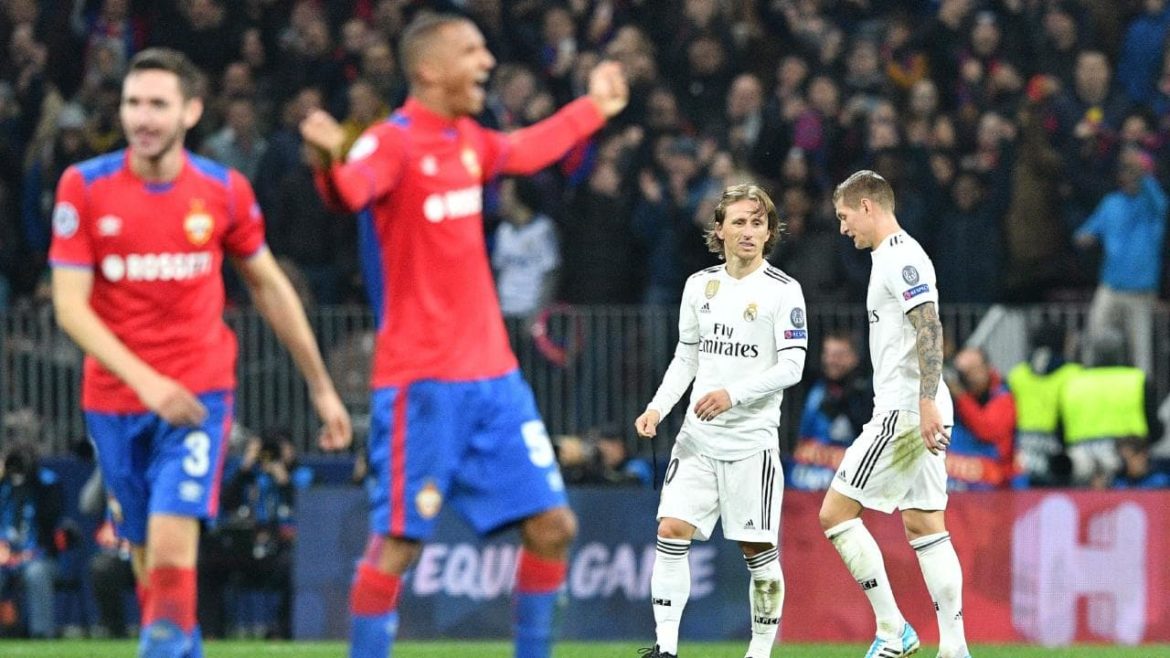 Toni Kroos gifted the hosts their goal in the second minute with a terrible back pass that was picked up by Nikola Vlasic, on loan from Everton, and he fired past Keylor Navas from just inside the penalty area.

Karim Benzema, Casemiro and Mariano hit the woodwork for Real, as the Spanish side, without the injured Gareth Bale, pushed for an equaliser.

Nevertheless, the hosts held on to move to the top of Group G above Real, who dropped down to second.

Roma beat Viktoria Plzen 5-0 in the other group game, but Real stay above them on head-to-head record courtesy of their 3-0 win over the Italian side two weeks ago.

Real Madrid club captain Sergio Ramos was rested and not in the squad, while Luka Modric, who won the best male player of 2018 at the Best Fifa Football Awards last month, was only among the substitutes.

However, the Russians went ahead after 65 seconds as a result of Kroos’ costly error.

Real dominated from then on, with 69% of possession and 26 attempts at goal. Casemiro hit the foot of the post with a low strike from 22 yards before Benzema headed against the crossbar from Sergio Reguilon’s cross.

Modric was brought on in the 58th minute and created a chance for Mariano, but his header hit the post.

Kroos also shot narrowly wide and Raphael Varane headed an injury-time opportunity wide. Akinfeev, 32, who announced his retirement from international football on Monday after making 114 appearances for Russia, thought Varane had pushed a CSKA player when jumping for the chance and complained forcefully to the referee.

The official, Ovidiu Hategan, quickly showed Akinfeev two yellow cards and sent him off, with 20-year-old goalkeeper Georgi Kyrnats coming on to make his first Champions League appearance in a frantic finish as CSKA held on.

Nikola Vlasic’s goal after 65 seconds is the fastest Real Madrid have conceded in the Champions League since March 2007 when Roy Makaay scored 10 seconds in for Bayern Munich, who won 2-1 in a last-16 second-leg match.

The reigning European champions have failed to score in three consecutive matches – following La Liga games against Sevilla and Atletico Madrid. This is the first time Real have not scored in three games since January 2007 under Fabio Capello.