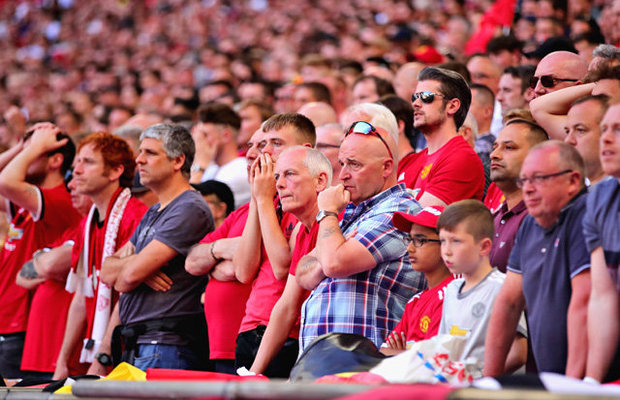 Manchester United failed to ease the pressure on manager Jose Mourinho with a goalless draw against Valencia in the Champions League at Old Trafford.

United, enduring their worst start to a league campaign for 29 years, started brightly, thanks mainly to the energy of recalled widemen Marcus Rashford and Alexis Sanchez.

However, as the Spanish side grew into the contest, the hosts became more ponderous and disjointed.

Indeed, Valencia had the better chances either side of half-time until United rediscovered the impetus and energised not only themselves but also the home crowd.

Rashford clipped the top of the bar with a free-kick, but the visitors hung on for a deserved draw that extended United’s winless run to four games.

United are second in Group H on four points, two behind leaders Juventus, who defeated Swiss side Young Boys 3-0 and will travel to Old Trafford on 23 October with Cristiano Ronaldo restored to their ranks.

In the aftermath of Saturday’s 3-1 defeat at West Ham, a result that left United 10th in the Premier League, Mourinho claimed to not be worried about his position.

But in his programme notes, the Portuguese did call for his players to “fight, work, compete, win duels, be humble and then at the end of the game every player must be exhausted because of the hard work they have given for the club, for the fans and for each other”.

If Mourinho really is feeling the heat, he showed little sign. Dressed all in black and chewing on gum, he smiled as he emerged from the tunnel, embracing visiting manager Marcelino and later doing the same with Michy Batshuayi as the on-loan Chelsea striker collected the ball to take a throw-in.

Mourinho was a fixture on the touchline, sharing words with Paul Pogba during a break a play and, later, prowling the technical area to urge his men on.

As time ran out and Rashford hit the woodwork, he returned to his seat. When the final whistle was blown and he offered a hand to Marcelino, Mourinho would have heard boos from some sections of a crowd that has not seen United win at home for almost two months.