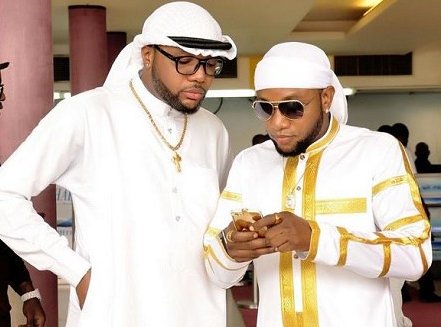 According to Five Star singer, Kcee, a large percentage of upcoming artistes are hungry and as such do not bother to read through record contracts.

Kcee was recently involved in a contractual spat with singer/songwriter, Harrysong, who upped and left the record label co-owned by the ‘Limpopo’ singer.

In a recent chat with HIP TV, Kcee said many artistes, before landing record deals, are only keen on getting fame.

“All he’s interested in for you to put him on the camera and let him shoot a video. Put them in a studio to record music. And he wants to see himself in South Africa, London.”

Kcee said record label owners should make sure that their prospective signees peruse their contracts and have a full understanding before penning a deal.

He said: “Read it for them line by line, get your lawyer sit with them and they should get their lawyer or someone from their own angle.”

“Because some of them don’t have family when they come to you, but all of a sudden, when they become huge and big, they have families and friends. They come to fight for them.”

“Sometimes it’s hurting, some of these record label owners don’t find it funny. And away from that, the blessings that goes with that, you will lose it by the time you breach your contract. Because for someone to invest a dime in you, it’s like a risk because you don’t know if that person is going to make it.

“So when you now make it and you think you can do without the person, not in a proper way or fulfilling your obligations, trust me, even God in heaven is not going to be happy with you.”

Most upcoming artistes sign contracts out of hunger- Singer Kcee was last modified: May 12th, 2017 by Reporter