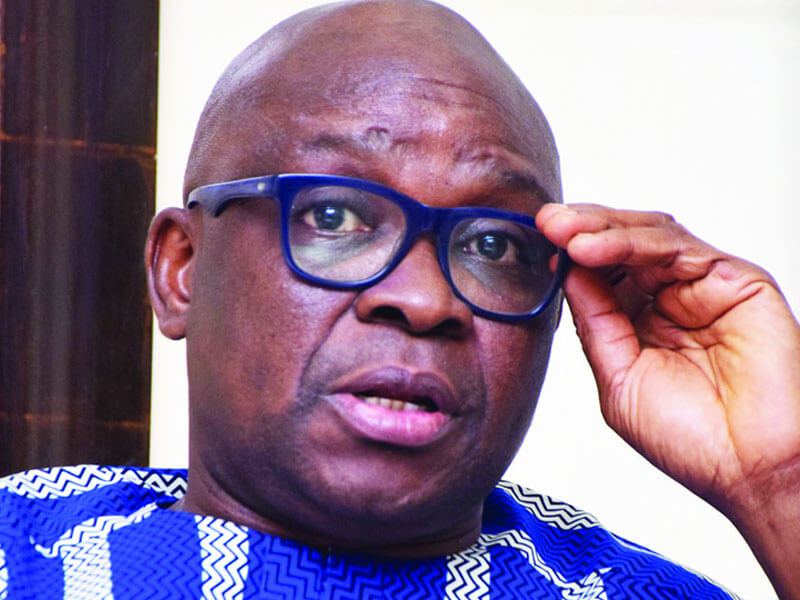 There were reports in the early hours of Wednesday, December 5, 2018, that the Ex-governor of Ekiti state, Ayodele Fayose was involved in an auto accident on Third Mainland Bridge in Lagos.

His media aide had disclosed  via tweeter that the Immediate past Governor of Ekiti State, Mr Ayodele Fayose was involved in auto accident on 3rd Mainland Bridge in Lagos few minutes ago. He is in stable condition as I write while he is receiving medical attention”

Update from his aide has reveal that the ex-governor is stable and doing fine.

I am happy to inform members of the public that former Governor Ayodele Fayose is now fairly okay.
The former governor thanked God for limiting the impact of the accident, particularly on occupants of the vehicle.
As the Southwest Coordinator of the Atiku Presidential Campaign, who is committed to the task of enthroning a PDP government in 2019, Fayose has insisted on coming to Ibadan today, to prepare for tomorrow’s campaign rally and he is on his way to the ancient city.
Thank you all.
Lere Olayinka05/12/186:

Update on Fayose’s involvement in an auto accident was last modified: December 5th, 2018 by Reporter