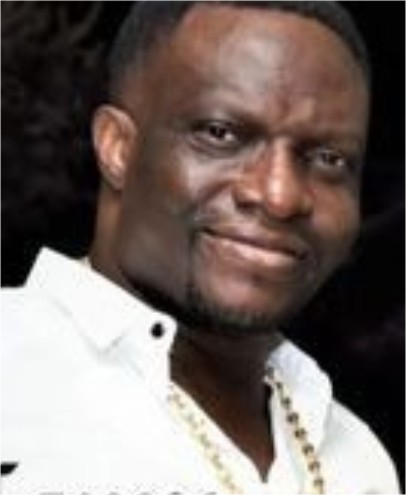 Akeem Adewale Lawal is a popular Fuji Musician who has done well for himself, both in Nigeria and the United States of America. He left the country seven years ago to make a mark for himself. He also saw to the establishment of the Fuji Musicians Association of Nigeria (FUMAN) US chapter. He then became the first president of that association in the US.

Popularly known as Oga Alamu, Ambassador Akeem Adewale Lawal had been a lover of Fuji music from his childhood. He revealed that he derives so much joy doing what he likes to do best. This tall-dark and handsome musician is back at home and he is coming out with a big bang. He is set to storm the stage on November 12, 2021, with his welcome party and Alhaji Abass Akande Obesere will be performing on the same stage with him.

Oga Alamu was at City People’s corporate office last week where he spoke with the Brands Editor, DAMILARE SALAMI 08155134152. Below are excerpts from the chat.

When and how did music start for you?

I started my music career at the Arabic School because my father wanted me (his son) to be Alfa. I had been living in the mosque (the Arabic school) while I was a kid and I only get to go home during holidays. So I started my music career from that school. I started singing when I was around 5 years. Whenever there is a celebration in the school or mosque, I would be called to come and entertain people with my music. It went on like that and then at some point, I started watching musicians perform live on stage. At some point, I fell in love with the late Alhaji Adisa Alasela’s brand of Fuji music and he became my mentor. Whenever he sings then, he would always give me the microphone to say something. That was how I became a fuji musician and I have remained so for almost 48 years now.

Was there a time you ever left the fuji music scene for any reason?

Nope, I never left the fuji music scene. This is what I am passionate about and what I love to do best. I have no reason to leave Fuji music for anything at all.

Tell us about some of the albums that you have dropped

I have so many albums. I started with Tete Gbo Adura Mi and then, I also did the first fuji collaboration album titled Fuji Combination. I featured Saka Orobo, a former FUMAN President and Sule Ajani in Mushin under the Postham Records. After then, I dropped Inspiration, London Expo, My Glory, American New Dawn and several others.

You have taken Fuji Music beyond the shores of Nigeria, what was the experience like over there?

I travelled out of the country for the first time in 2010 and then I went to the US around 2014. Before we left London, we had an issue with our promoter and the British government. However, my fans and friends stood by me and in 2014, we headed to the US after we were given the visa. We were there for about six years before we returned to the country a few weeks ago.

Now that you are back, what should your fans be expecting from you?

They should expect a lot. I have been performing since my return to the country. You know that there is no time to relax, I have been to Ilaro to perform. The big bang is coming up on Friday, November 12, 2021, at the Call Hotel in Oke-Afa, Isolo where I am going to be having my welcome party. The show promises to be fun, I am going to be performing live alongside Fuji Legend, Alhaji Abass Akande Obesere aka Papa Tosibe.

Who else should your fans be looking forward to at the welcome dance party?

Well, it is going to be an all-star event. Before I left Nigeria for the US, I was the General Secretary of FUMAN in Ejigbo-Isolo LCDA, I was also the association’s former Chairman in Alimosho local government and virtually all the fuji musicians that you know are my friends. A lot of them will be there to welcome me back to their midst. My fans have told me that they can no longer wait to hear me sing or see me perform. In fact, they practically called me to come back home because they have missed my shows. So, they are in for a big one this time around.

When is the show going to start?

It is an all-night show; it is going to start at 8:00 pm till dawn. So it is a night of bumper to bumper fuji extravaganza.

Why did you decide to sing fuji and not other genres of music?

Well, at the time I started singing, I saw Fuji as the genre of music that can quickly bring me to the limelight. At that time, most of those singing fuji music were Muslims while those doing Juju were Christians and because I grew up in the mosque, it was quite easy for me to quickly adopt the Fuji trend instead of other genres of music. Growing up, I was a very tough guy and at that time, it was like Fuji was meant for the tough guys, unlike those singing Juju that were cool and calm. This was another reason why I opted for Fuji and I thank God that I have no regrets singing fuji today.

How did you become the FUMAN US chapter president?

Well, when I got to the US, I realized that there were Fuji musicians scattered all over different states and cities but each of them was on his own. There was no association or a unifying factor amidst them. And being a former chairman and general secretary in Nigeria, I just asked my promoter for the contacts of fuji musicians and I started gathering them one after the other. I was able to gather them and we discussed the advantages of having the association. They all bought into the idea and we kicked off from there. We have achieved a lot since we started and the association has been waxing stronger ever since.

Why Many Developers Buy Land From Me – LAGOS Land Merchant, Chief KAYODE ADEFOWOPE