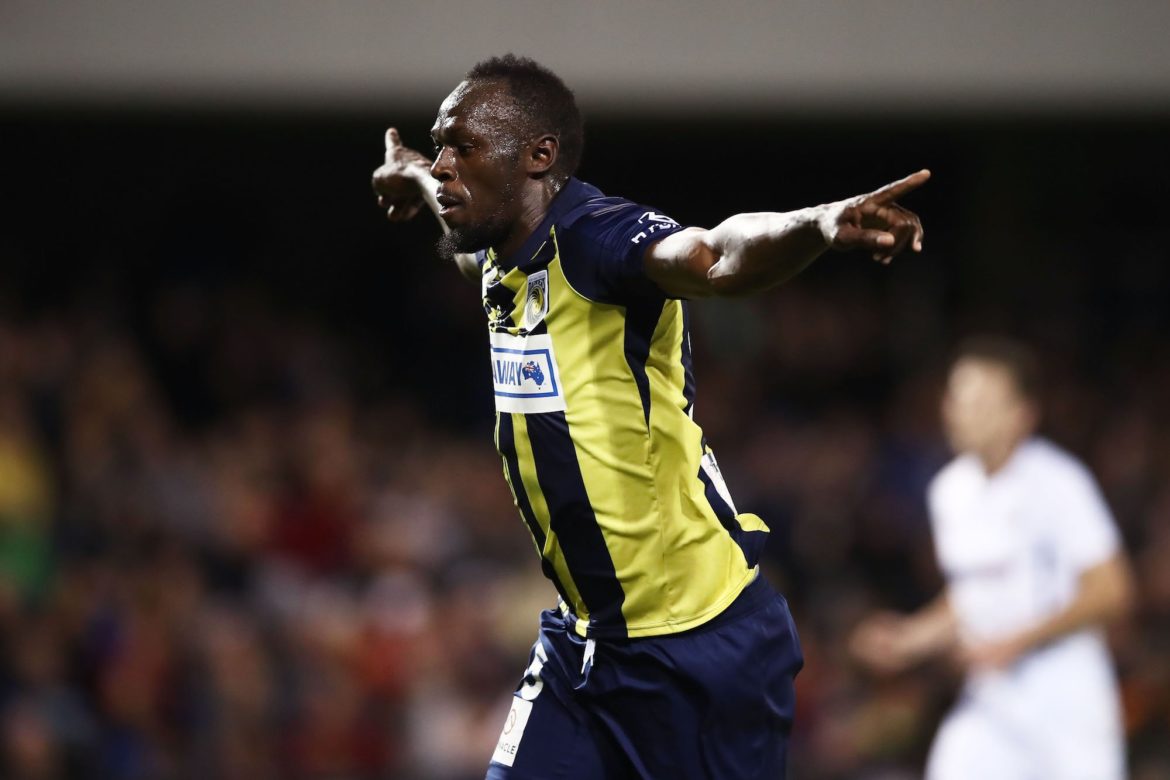 A former world fastest man, Usain Bolt has scored his first goals for a professional football team, getting two on his maiden start for Central Coast Mariners in a friendly.

The Jamaican eight-time Olympic sprint champion scored the Mariners’ third and fourth goals in a 4-0 win over Macarthur South West and celebrated with his trademark lightning bolt pose.

Bolt joined the A-League club in August for an “indefinite training period”.

“My first start and scoring two goals, it’s a good feeling,” he added.

“I’m happy I could come here and show the world I’m improving. I’m keen to be a Mariner, to play my best and get into the team.”

For his opening goal, Bolt ran on to a chipped ball played by Scotland striker Ross McCormack, held off the defender and finished powerfully low past the goalkeeper. 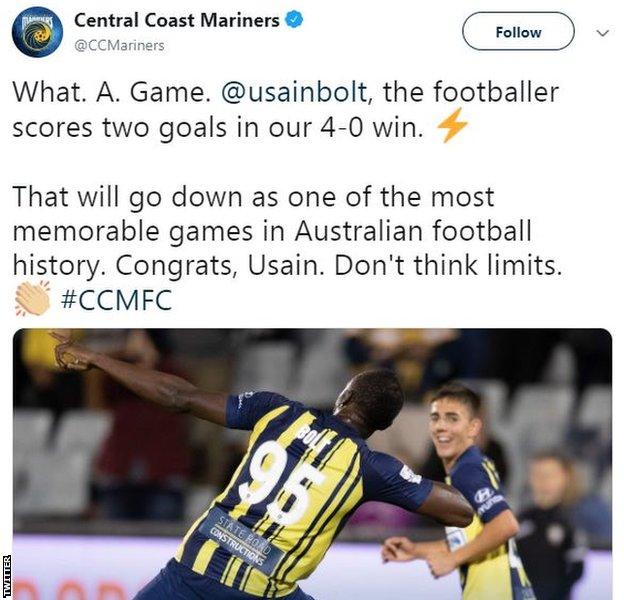 Bolt capitalised on a defensive mix-up for his second, with a Macarthur defender and goalkeeper colliding to leave Bolt able to tap in from close range.

McCormack, on loan from Aston Villa, headed in the Mariners’ first goal in the eighth minute.

“The best thing about Usain Bolt is he’s so humble,” McCormack said.

“He’s fitted in well with the lads. From my first day even to where he is now, the transformation is huge.”

He retired from athletics in 2017 and has since said it would be a “dream” to play professional football.

The Australian A-League season begins on 19 October and the Mariners are yet to confirm whether Bolt will be offered a contract.