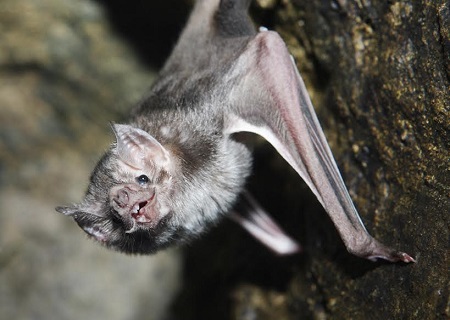 Vampire bats have caused serious commotion in a Brazilian community after storming various places to feat on humans.

A Vanguard report has shown that vampire bats have sparked panic in north east Brazil, where they have started feasting on humans, leaving one man dead and more than 40 people being treated for rabies.
Health chiefs confirmed farmer Edivalson Francisco Souza, 46, died in March more than a week after he was bitten on the foot by a rabies-carrying vampire bat.
Within days of his death – the first recorded case of human rabies transmitted by a bat in Brazil since 2004 – dozens of people in the region reported being bitten by the winged mammals in their own homes, they said.
The spate of attacks, the most significant ever registered in the region, is being attributed to a rise in the bat population nesting close to humans after their homes in caves and forestry were destroyed.
In response, disease control teams from Bahia state health authority (SESAB) have started culling the creatures by catching them and applying a venom paste to their bodies.
Mr Souza was milking a cow on a farm in Paramirim when he accidentally stepped on a rabies-carrying bat that bit his foot. He dismissed the incident and washed the wound but failed to see a doctor.
Three weeks later, after spending seven days in hospital, suffering from headaches, nausea, severe anxiety and shortness of breath, he recalled the incident. He tested positive for rabies, but it was too late for doctors to administer the vaccine and he passed away shortly afterwards in March this year.
Within days of Mr Souza’s death, residents in city of Salvador, 400 miles from Paramirim, reported a flurry of attacks by the blood-thirsty creatures that appear to have added human blood to their menu.
Over the past three months, dozens of people have told of being terrorised by the flying mammals at night.
Many said they had woken up to the distressing sight of their bed sheets soaked in blood after bats had sunk their fangs into their toes, heels and elbows.
Vampire Bats Attack, Feast on Human Beings in Brazil was last modified: May 31st, 2017 by Arinze Ago