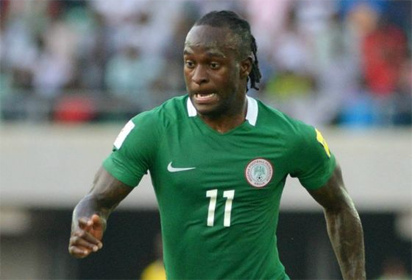 Moses who switched allegiance to play for Nigeria after initially featuring for the English Youth teams, said on Thursday that he would like to focus on his club career now and his young family.

In a statement on his official twitter handle, Moses admitted that he enjoyed wearing the Green and White jersey of Nigeria but he was quick to add that he would want to bow out to see the new generation take over.

Moses said he has already told the Super Eagles coach Genort Rohr about his decision. He thanked the NFF and all that made his stay with the national team worthwhile.

Aside from helping Nigeria win the Africa Cup of Nations in 2013, Moses featured for Nigeria in two FIFA World Cups in Brazil and Russia.