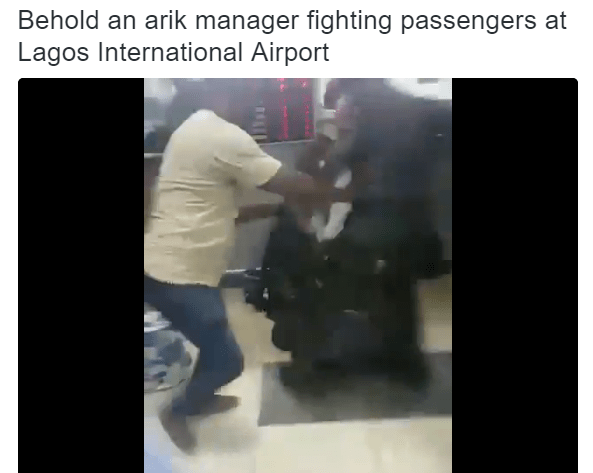 A fight broke out between an Arik manager and passengers at the Lagos International airport on Wednesday, January 4, 2017, because Arik had reportedly delayed their flights to Johannesburg South Africa for 3 days without notice.

Demanding an explanation, one of the enraged passengers approached the manager only for tempers to flare and a fight ensued between them. Other passengers took advantage and tried to let off anger on the poor manager.