‘We Followed Due Process’ – Kwara Ex-Gov., Abdulfatah Speaks On Sales of Govt. Properties 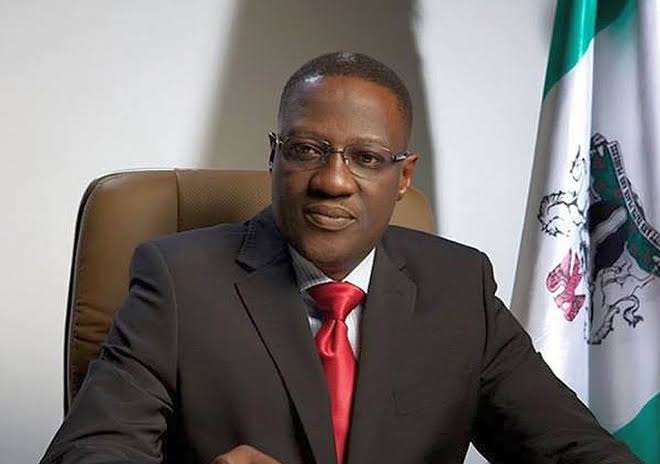 A former governor of Kwara, Abdulfatah Ahmed, says the sale of 110 government properties followed due.

Ahmed was responding to the allegation by Abdulrahman Abdulrazak, governor of Kwara, that he sold government properties to friends and cronies.

Abdulrazak had alleged that the government of Ahmed, his predecessor, sold 110 government properties, including the house meant for the deputy governor.

The governor said this on Monday after meeting with President Muhammadu Buhari at Aso Rock.

Accusing his predecessor of mismanaging resources of the state, Abdulrazak said his deputy now lives in a rented apartment.

In a statement issued by Muyideen Akorede, his media aide, Ahmed absolved his administration of any wrongdoing on the sale of the properties.

He said his administration followed due process in selling government quarters to civil servants, and members of the 7th Kwara state house of assembly on owner-occupier basis after state executive council approval.

He said the said approval also covered other properties disposed off by his administration with the proceed paid into government coffers.

He said the federal government’s monetisation policy, which sought to shed the financial burden of maintaining government-owned properties, motivated his administration’s sale of the assets.

Regarding salary payment, Ahmed said his administration was up to date in the payment of state civil servants including senior secondary teachers under its remit before he left office.

He said, however, local government councils owed their workers and primary school teachers subsisting salary arrears on account of unstable federal allocation to that tier of government.

The former governor pointed out that the Abdulrazak Administration’s adoption of the previous administration’s position that salaries and pensions gulped the bulk of federal allocation to the state and local government councils had vindicated the former administration.

The governor early January ordered the demolition of the Sarakis’ political home known as Ile Arugbo in Ilorin, the state capital. The development heightened the crisis between the governor and former Senate President Bukola Saraki who is Ahmed’s political benefactor.

READ ALSO: DANGOTE VOWS TO BUY OVER ARSENAL IN 2021