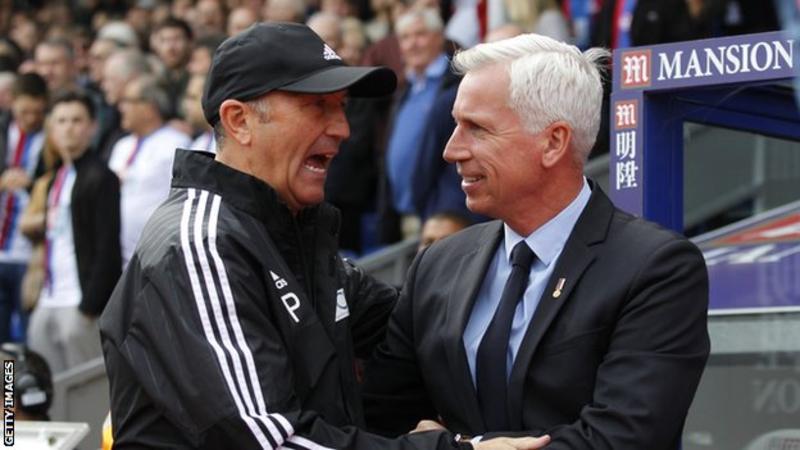 The Baggies sacked Tony Pulis on 20 November after they went 10 Premier League games without a victory and were a point above the relegation zone.

Pardew, 56, has been out of the game since being sacked by Palace in December 2016.

He has signed a contract until the end of the 2019-20 season, becoming Albion’s sixth manager since 2011.

“I’m thrilled with the opportunity Albion have provided and looking forward to getting to work with what I consider to be a talented group of players,” said Pardew, a former team-mate of West Brom technical director Nick Hammond.

“The immediate challenge will be to get the results we need to pull ourselves up the table.

“But I’m aware that while I’m joining one of the great, traditional clubs of English football, it is one determined to go forward in the Premier League.”

Pardew’s first game in charge will be against Palace in the league at the Hawthorns on Saturday, 2 December (15:00 GMT).
Albion then face trips to Liverpool and Swansea before a home fixture against Manchester United.

Pardew, who has also had spells at Reading, West Ham, Charlton and Southampton in an 18-year managerial career, lost the FA Cup final twice as a manager.

He was named League Managers’ Association Manager of the Year in 2012after Newcastle finished fifth place in the Premier League.