Home Religion What GOD Expects You To Do In 2019
Religion 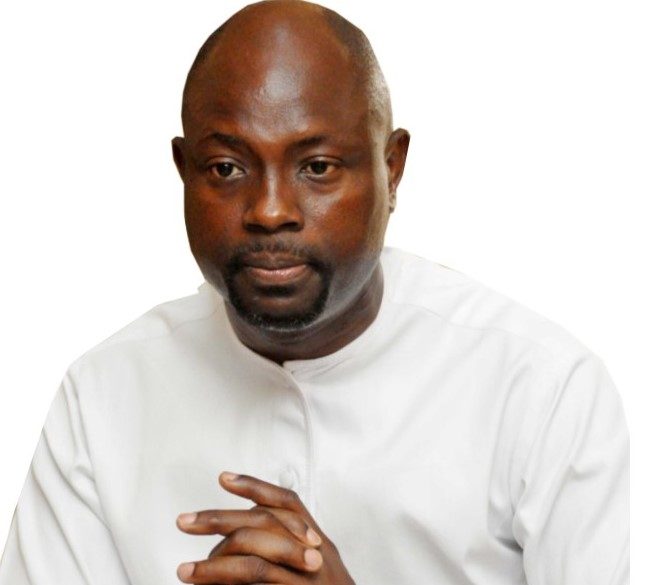 Last Monday, 14th January 2018, Pastor Femi Faseru, the National Superintendent of KICC Nigeria visited City People Magazine Corporate Headquarters at Gbagada in Lagos to pray for the staff members and the company as they begin a new year.

That is not his 1st time. Anually, he has been a regular guest of City People Magazine for the past few years.

Femi Faseru, formerly an IT Consultant in corporations like Glaxowellcome, Bank of Boston, Mediasurface and GlaxosmithKline, is the Resident Pastor of Kingsway International Christian Centre (KICC) Maryland, Lagos as well as the National Superintendent of KICC Nigeria.

A powerful and dynamic teacher of the word, he sits under the spiritual tutelage of his spiritual father, the President/Senior Pastor of KICC, Pastor Matthew Ashimolowo who has mentored him closely over the years and is a significant part of his inspiration as a teacher of the gospel.

His ministry is known in Nigeria via television broadcasts and internationally via conferences. His opinion on pressing issues is regularly sought by various Nigerian Print Media, Television and Radio channels. Reverend Faseru is happily married to Sade Faseru and they are indeed blessed with three beautiful children.

Pastor Femi Feseru is a brilliant man of God who not only Pastors the KICC church at Maryland, Lagos (under the overall leadership Snr. Pastor Mathew Asimolowo who operates from London), he has been saddled with onerous responsibility of overseeing KICC church growth across Nigeria. And he has done a brilliant job of that.

He told us how he sees 2019 unfolding. He took his Bible reading from Mark Chapter 4: Vs 1-9.   As I was preparing to come here to talk to you about what 2019 holds in stock for each and everyone, the Lord told me to talk to us about what Jesus said in the Bible in Mark Chapter 4:Vs 1-9 “And he began again to teach by the sea side: and there was gathered unto him a great multitude, so that he entered into a ship, and sat in the sea; and the whole multitude was by the sea on the land.

And he taught them many things by parables, and said unto them in his doctrine, Hearken; Behold, there went out a sower to sow: And it came to pass, as he sowed, some fell by the way side, and the fowls of the air came and devoured it up. And some fell on stony ground, where it had not much earth; and immediately it sprang up, because it had no depth of earth:

But when the sun was up, it was scorched; and because it had no root, it withered away.

And some fell among thorns, and the thorns grew up, and choked it, and it yielded no fruit.

And other fell on good ground, and did yield fruit that sprang up and increased; and brought forth, some thirty, and some sixty, and some an hundred.

And he said unto them, He that hath ears to hear, let him hear.”

Pastor Faseru told his listeners that this year, 2019 people should ask themselves critical questions like: Who Am I? If you work in an organisation you must ask yourself the question who am I to this organisation. And decide to make a difference what are your thoughts and vision for 2019. You must be part of the dream makers and Vision builders. You must align your future to that of your organisation. Without your co-operation your organisation won’t be able to achieve desired results”.

I have likened details of what the Bible said in Mark Chapter 4: Vs 1-9 to individuals. Don’t be a wayside person. Don’t be a stony person. Be a productive person. The question we all need to ask ourselves is: who am I? Am I a wayside person, thormy person, stony person. Am I a 30 fold person or a 50 fold person? We all have to change this year. The world is changing at the speed of light. We have to change. The world has changed on us. We don’t need to have a stony person around us or in our organisation because we know a stony person will not produce.

Ask yourself the question who are you to your organisation. Take a decision today to be a productive person. God wants you to be a productive person. Take a decision, I don’t want to be a wayside person. I want to add value to the organisation. I just don’t want to occupy space. Don’t be a thorny ground as the scriptures say in Mark 4:1-9. In 2019, do not procastinate, so as to reach our full potential. What is worth doing is worth doing now. Promise to be a 60 fold person, move from being a 40% fold person, be a 100 percent fold person. You must be above the 60 person. You must be through and  through. In 2009, you must become an 100 fold person. See where you work as a place to sew your seed.

READ ALSO: HOW I GOT THE NICKNAME M.C OLUOMO