Home News What OBJ Told Me When I Advised Him To Honour MKO – Popular Activist, MOSHOOD ERUBAMI
News 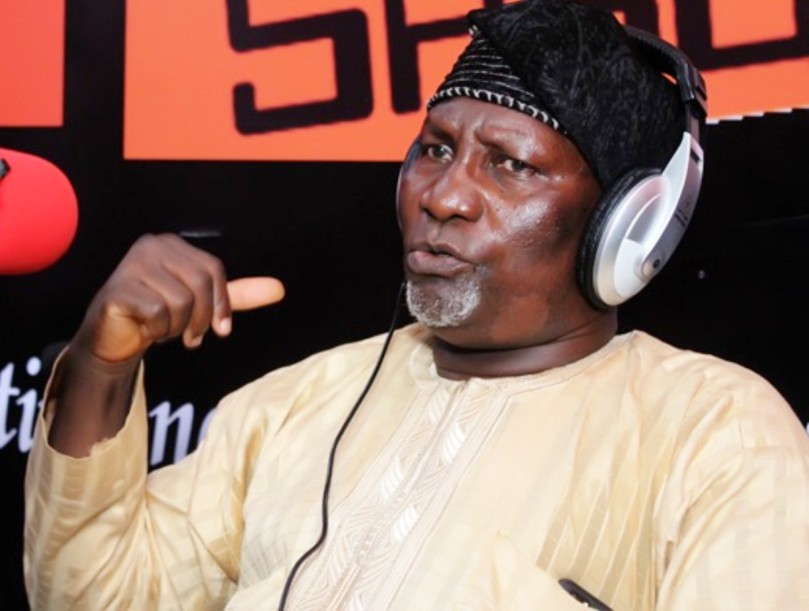 A popular human rights activist, Comrade Moshood Erubami has described as commendable, the kind gesture of President Buhari by honouring late MKO Abiola (the winner of June 12 1993 Presidential elections), even when his kinsman, former President Obasanjo refused to.

That Obasanjo told him to mind his business when he advised the former president to honour Abiola, who won the adjudged freest and fairest election in the history of Nigeria, June 12 1993 presidential election.

Erubami, who is also a development finance expert, made these shocking revelations last week Tuesday while featuring on Parrot Xtra Hour on radio, on Space 90.1 F.M, Ibadan.

“Sometime in 2002, I told the then President Olusegun Obasanjo to honour Chief Moshood Kashimawo Olawale Abiola, he refused saying he knew the winner of June 12, 1993 presidential election more than me and that I should mind my own business.

“You see, in 1985, it was alleged that Abiola was one of those who sponsored the military coup led by General Ibrahim Babangida that ousted the then General Muhammadu Buhari’s government. Now look at God. It is now this Buhari, who is the current President of Nigeria that God used to honour MKO Abiola.

He was given highest award in the land, his June 12 is now the recognized democracy day.

Even when MKO’s kinsman, Chief Olusegun Obasanjo had the opportunity of honouring his brother. He did not. As a matter of fact, I can say here that I was with him when he was the President. I had the opportunity of discussing the issue of honour for MKO with him in 2002. He said it was not my business adding that I should not pretend to know MKO more than him.”

“We also discussed the issue of the refineries. He told me to stay on my lane saying that he knew more about the refineries than somebody like me. He reminded me that he was the one who constructed the first, second and third refineries in Nigeria.

“Now, see the issue of the refineries, it has not been settled. They are still not functioning till today. See, when I discussed all these with OBJ, I was not alone. Chief Yekini Adeojo was also with us at the meeting. He is healthy and alive today. He can confirm.”

Speaking further on June 12, Erubami also posited that the negative impacts of June on Nigeria’s democracy have refused to go away.

Also on his experience as a member the NADECO group, Erubami said the problem that befell Nigeria between 1992-1993 was not something of small measures.

“The reason is simple, when you vote in a free and fair election, winner should be declared. But for the first time in the history of this country, because we have never heard it before. Where somebody won an election, even if we didn’t believe in supporting him initially because we felt it was non of our business whether he won or not. He was part of them. He was very close to the military administration back then. So, we felt what is our business if their friendship cracked.

But we had a rethink that, if truly we are fighting for our own government, the election we conducted and who they thought couldn’t have won actually won the election, and some people somewhere now decided to deny him his mandate. Then it worth something fighting for and even lay down one’s life for. And we all witnessed how several lives were lost in the cause of the struggle.

But somebody who died because of the election, who sacrificed his wife and lost his companies, lost his soul and still lost the mandate that was given to him by the people. Then, it is a big lesson that there is another war to fight but we have not yet fought it.

While Abiola was alive, he stood for some things. He called himself the ‘HOPE’ for the masses, that was what gave birth to Hope’ 93. He said he wanted to use the hope to liberate the people, for them to say goodbye to poverty and suffering. Those are still very much around. We have been hoping all this while. The suffering and poverty are yet to go away since then.

Some are saying he has been honoured, that university and airport are being named after him. Buy those are not what we want. Even though they are part of it.

We are in this present situation because out people don’t want our today to be better than yesterday so that there won’t be compararism in leadership. All these things were the reasons some us decided to lay down our lives rather than bow to oppression. But God said it wasn’t our time to die. Several lives were lost in the struggle. May their souls rest in peace and may the Lord give us the grace to see the better days.”

On whether he regrets any of his roles as an activist back then and till now, Erubami has this to say.

“Today I am full of regrets because the struggle that we started to wage did not end to achieve what we wanted to achieve. Unfortunately, the people that we struggled so hard to displace with our lives and blood, are still some people ruling us today. And we find it very difficult to replace them. We displaced them but we can’t replace them.”

On why Nigeria has not been able to achieve much in the areas of development and economy and the possible solution to the problems that have been facing the country.

“Most of the problems we are facing are being caused by ignorance. And ignorance is the greatest poverty worrying Nigerians. Because of the ignorance of the masses, we have not been able to come up with good leaders. It is really a serious problem.

“Since I joined politics, specifically, I am a member of the All Progressives Congress (APC) and I know that joining politics is important for me to be able to play my own role.

“You see, I pity the poor in our society. They do not know the kind of power they have. They are more that those who have been ruling over them. However, poverty has overwhelmed them.

“This is why we came up with the idea of Voters’ Assembly to educate the masses on the need to efficiently and effectively use their voting power. However, like I said, poverty has eaten deep into our fabrics. They normally end up selling their votes to the highest bidders who, once voted for, will only visit them four times in a year – during the end of Ramadan, during ileya (sallah), during Christmas and Easter, to distribute some rams or max #200 or #300.

“I feel so sad anytime I check out our people only to discover that they are not doing the right thing with their voting power. Those people we strived to replace during all our struggles are still the ones ruling over us.”

Poverty is in 3 variances; we have poverty of idea, poverty of courage and poverty of material wellbeing. All the three have overwhelmed the poor people and that is why we are static.”

What they are doing is that instead of allowing the power they have to work for them and change their destinies, they just regiment themselves to these four times gifts, yet they will be complaining.

For me, I have made up my mind that anytime I am in government, I will attend to four categories of people. The first are the people who have been there, who have been enmeshed in all these corrupt and unethical practices. I will just tell them that the butter on their bread is too thick, let’s reduce it. I will not stop them from eating.

The second category are those who have never tasted butter in their lives. Those who have been eating bread with ordinary pure water, I will put the one I must have raked from the first set of people on their bread.

There are some that despite of our anti-corruption position, will say Erubami is there now, he is my school mate, my brother’s sister. I will attend to them too.

Finally, I will attend to the country that gave us the opportunity to do all that for ourselves.

When asked if he feels that is the best for the country, Erubami was quick to answer.

On how he feels about the avalanche of revelations coming from the Niger Delta Development Commission (NDDC) and others, Erubami said, “ordinarily, one should be sad that all these revelations are coming out from parastatals under the federal government being run by APC, a party that has a mantra and is supposed to be focused on fighting corruption.

“But at the same time, one should not be surprised because we are all corrupt. Corruption has eaten deep into our systems. It is not only those people at NDDC that are corrupt, others are corrupt too. We are all corrupt and when I give this kind of submission, I am talking about all of us including journalists. That is why the war against corruption is not succeeding. That is why the problem is lingering.”

The reported presidential ambition of the leader of APC, Senator Bola Tinubu was also discussed.

“I am aware that some people are rooting for Tinubu to contest the 2023 presidential election. But some APC members are going about this wrongly.

“It is not right for any right-thinking member of APC to be thinking of bringing back Bukola Saraki and Atiku Abubakar to the fold. If this is what they are planning against Tinubu, the party will not benefit.

“However, if by 2023, Tinubu turns out to be the best candidate we can produce in terms of integrity, courage and other leadership qualities, then he will have my support,” Erubami stated.

What OBJ Told Me When I Advised Him To Honour MKO – Popular Activist, MOSHOOD ERUBAMI was last modified: August 11th, 2020 by Dare Adeniran