Why Awujale Of Ijebu Made MIKE ADENUGA An Otunba 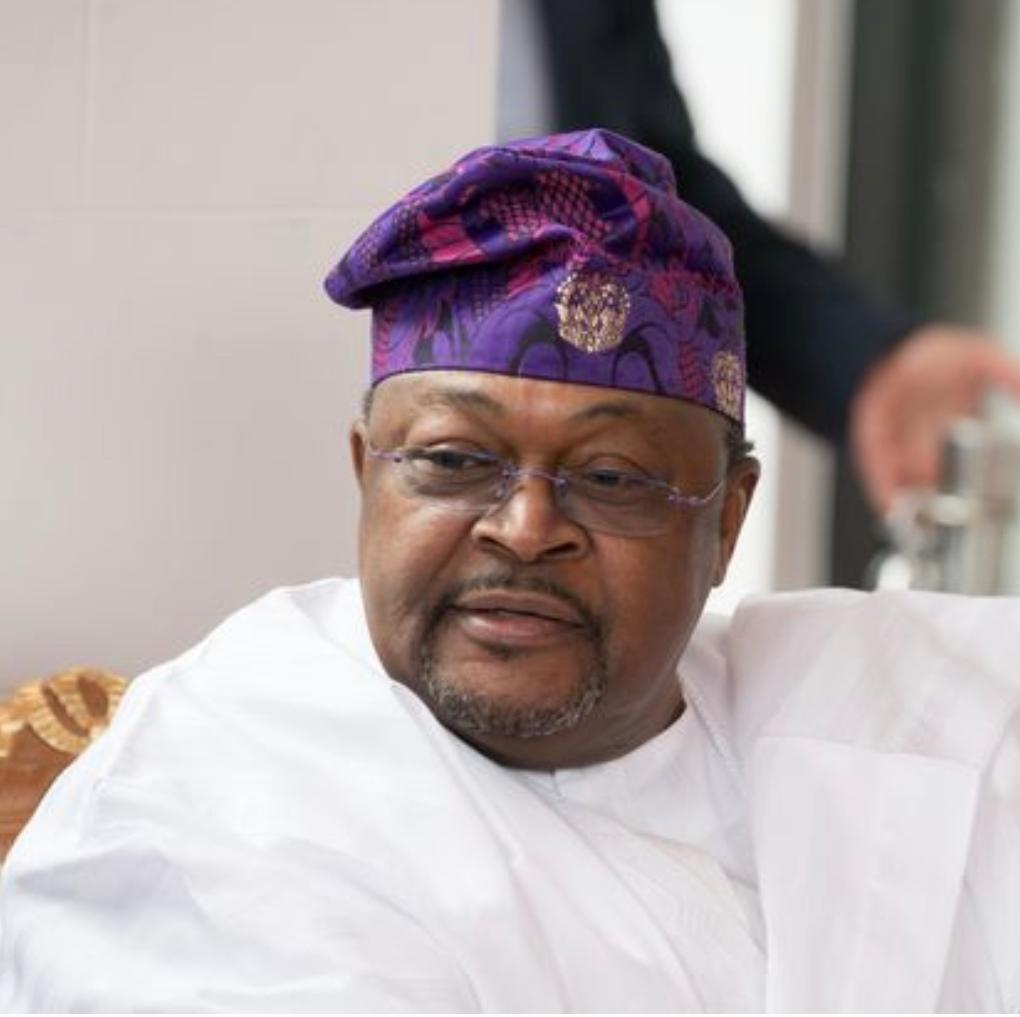 Many people don’t know that the Awujale of Ijebu, Oba Sikiru Adetona and Otunba Mike Adenuga, the GLO Chairman are related. They are Cousins. Not only that. Otunba Mike Adeniyi Ishola Adenuga is one person that the Awujale loves so much and he does not hide it. He tells anyone who cares to listen that Mike Adenuga is a son in whom he is well pleased. Both have over the years developed a Father and Son relationship. Awujale is also proud of Mike Adenuga’s resounding success story, being a proud Ijebu son of the soil. That explains why the Awujale made Mike Adenuga an Otunba. He is the Otunba Apesin of Ijebuland, a big and revered title in Ijebuland. He is a member of the Council of Otunbas. Many don’t know that Awujale’s mother is a sister to Mike Adenuga’s mother, the late Yeye Oba of Ijebuland, Mrs. Juliana Oyindamola Adenuga, who died a few years ago. That notwithstanding it is the tremendous respect and love that Mike has shown the Awujale over the years that made the Awujale to love him the more.

By nature, Mike Adenuga is a quiet and easygoing stupendously rich man who abhors all the noise and razzmatazz that comes with being wealthy. This is perhaps because he worked for his money. According to a recent publication on all the members of the council of Ijebu Otunbas, if he was the type who craves self-glorification,  Mike Adenuga Jr. could have easily pushed for recognition as Africa’s richest man and the richest black man in the world. Rather, the Chairman of the Mike Adenuga Group, one of Africa’s most successful business empires ever, who over the years has established a sublime pedigree as a reticent, diligent and most accomplished entrepreneur, would prefer to hide his head under the parapet.

To the few discerning ones who knew the depth of his resources and who attempted to nudge him on to lay claim to what they thought rightfully belonged to him, he would subtly remind them of a golden admonition by his late mother, “ti isu eniyan ba ta, a’n da wo bo ni” meaning there is wisdom in shielding one’s success.

Even in spite of his best efforts to shield his success, life has whispered to Adenuga that a golden fish truly has no hiding place. With all his best efforts ‘to operate under the radar and live his life quietly, he is still rated as the second richest African and the second richest black man in the world. He is easily the best export of Ijebuland to the business world, even if he is unwilling or reluctant to lay claim to any adulation.

Dr. Adenuga has put his imprimatur of excellence on key sectors of the Nigerian economy, leading him to preside over one of Africa’s largest business empires, spanning Oil and Gas, telecoms, banking, construction and real estate, among others.

Each of his businesses in these sectors plays leadership roles and contributes their quota to the growth and development of the Nigerian and global economy.

In the Oil and Gas sector, for instance, Conoil Plc is one of the largest and most profitable oil marketing companies in Nigeria.

Conoil Producing, the upstream arm of the conglomerate, made history by becoming the first Nigerian company to strike oil and produce it in commercial quantity in 1991. In Telecoms, Globacom is the second largest network operator in Nigeria with over 46 million subscribers. The brand Glo was ranked the fourth most admired African brand in the 2018 ranking of brands in Africa by Brand Africa, an independent Non-Profit Organisation committed to promoting business excellence on the continent. With properties estimated to worth billions of dollars, Adenuga was quoted by Forbes magazine to be the largest real estate owner in Nigeria.

Dr. Adenuga was born in 1953, in the ancient city of Ibadan, into the family of Chief Mike Adenuga Snr. and Madam Oyindamola Adenuga, a successful trader and Yeyeoba of Ijebuland. He attended the famous Ibadan Grammar School, in Oyo State, Nigeria, for his secondary education and studied Business Administration at Northwestern State University,

Alva Oklahoma, in the United States. He also earned a Master’s degree at Pace University, New York, majoring in Business Administration with emphasis on Marketing.

In recognition of his business accomplishments and outstanding contributions to the growth of the country, he was awarded the Grand Commander of the Order of the Niger (GCON). He also holds honorary doctorate degrees conferred on him by the University of Ibadan and the Ogun State University. During Nigeria’s 50th anniversary celebration, Adenuga was one of the 50 pre-eminent Nigerians who were conferred with the Special Golden Jubilee Independence Anniversary Awards by the Federal Government of Nigeria. In Ghana, he was given the highest national award, “The Companion of the star of Ghana”, and in France, he bagged the award of the “Chevalier la Legion d’Honnuer” in 2017. In July 2018, the French President, Emmanuel Macron, elevated him to ‘Commander of the Legion of Honour’, France’s highest national honour.

He is one of the very few men in history to have the special privilege of being conferred with the highest national honours in three countnes, He is the primus inter pares not only in his titles but in his deeds.

While gathering all the global accolades, Adenuga has never forgotten his people. This is why he has spared no resources in making the annual Ojude Oba festival a showpiece to preserve the rich cultural heritage of Ijebuland, among numerous other contributions.

Additional information from the Council of Otunba brochure.

Why Awujale Of Ijebu Made MIKE ADENUGA An Otunba was last modified: October 13th, 2020 by Seye Kehinde