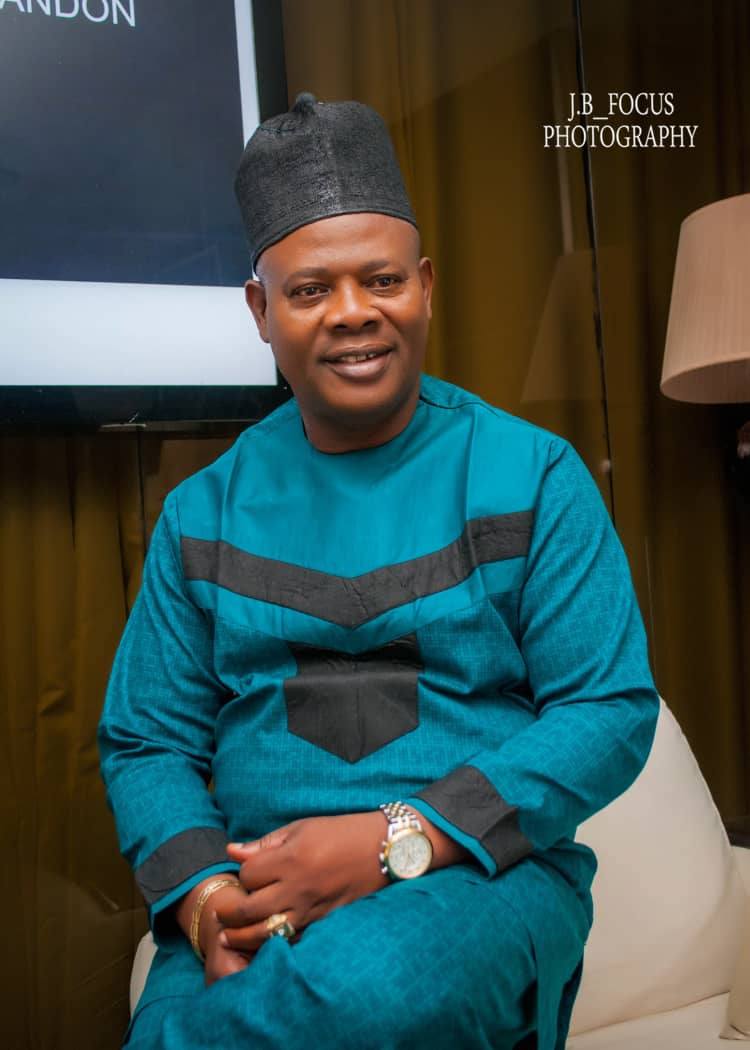 Veteran actor, Alhaji Yinka Quadri who is planning to celebrate his 60th birthday in September is a successful movie practitioner and a film maker. He is one of the few lucky movie icons who have successfully kept their families of the public galore.

Only very few people know his wife, not to talk of his kids. He has been able to keep his age long marriage going. Not only that. As a Muslim and a top theater practitioner with women always hanging around him, many people believe he would be married to more than one wife.

But surprisingly he is married to just one wife and has been able to keep his marriage intact. Let’s tell you more about them. He was our guest at the most recent Movie Roundtable session and he spoke about how he met. He met his wife in 1985 and they both settled down as man and wife in 1989. The union is blessed with beautiful children,  Muyiwa, Yewande, Olajuwon and Folarin Quadri. He is also blessed with grandchildren.

He is happily married to Alhaja Sadiat Quadri, who likes to keep her life simple. She is a very private person.

A few days back, he explained why he decided to stick to just one wife, despite his religion that permits him to marry more, and also considering his popularly in the Yoruba movie industry.

How does  he manage his home despite his tight schedule?

“The truth of the matter is that I have a good home. Though it is not by my power but by God Almighty. Remember I also said, I commit myself into everything I decide to do in life. I give it all my all. If you  are close to me, you will understand and bear with me, because I hardly have time for anything, and from the little I have, I still have to create time for my family. I also create time to visit and stay with my kids in the U.K”.

How does he manage his female fans and admirers?

“It is very important to respect both the female and male fans. The issue of female admirers will always come up and as a star, you need to treat them with respect, because without them we are  nobody. And for female admirers who are also colleagues in the industry, especially the younger ones, I always talk to them, to get their priorities right, and what ever help and assistance I can render at any given time, I always do that”.

Lots of his fans out there, would like to know about his family?

“There is nothing to hide and it is not difficult at all. I am with one wife, we have been together since 1985. But before we got married, I already had a child from someone else. I had the normal wedding ceremony with the woman, but along the line we discovered, we are not compartible, we will stay together, in a week, that makes 7 days, we fight for 5 days and just be friends for 2 days, so we were not compactable and we did that for 5 to 6 years, so our parents decided it is better we go our separate ways. And since she left, I met this my wife in 1985 and we started having kids in 1989 and she is the only woman in my house.

Why I Chose To Remain Married To One Wife – Veteran Actor. YINKA QUADRI Tells City People was last modified: July 23rd, 2019 by Reporter