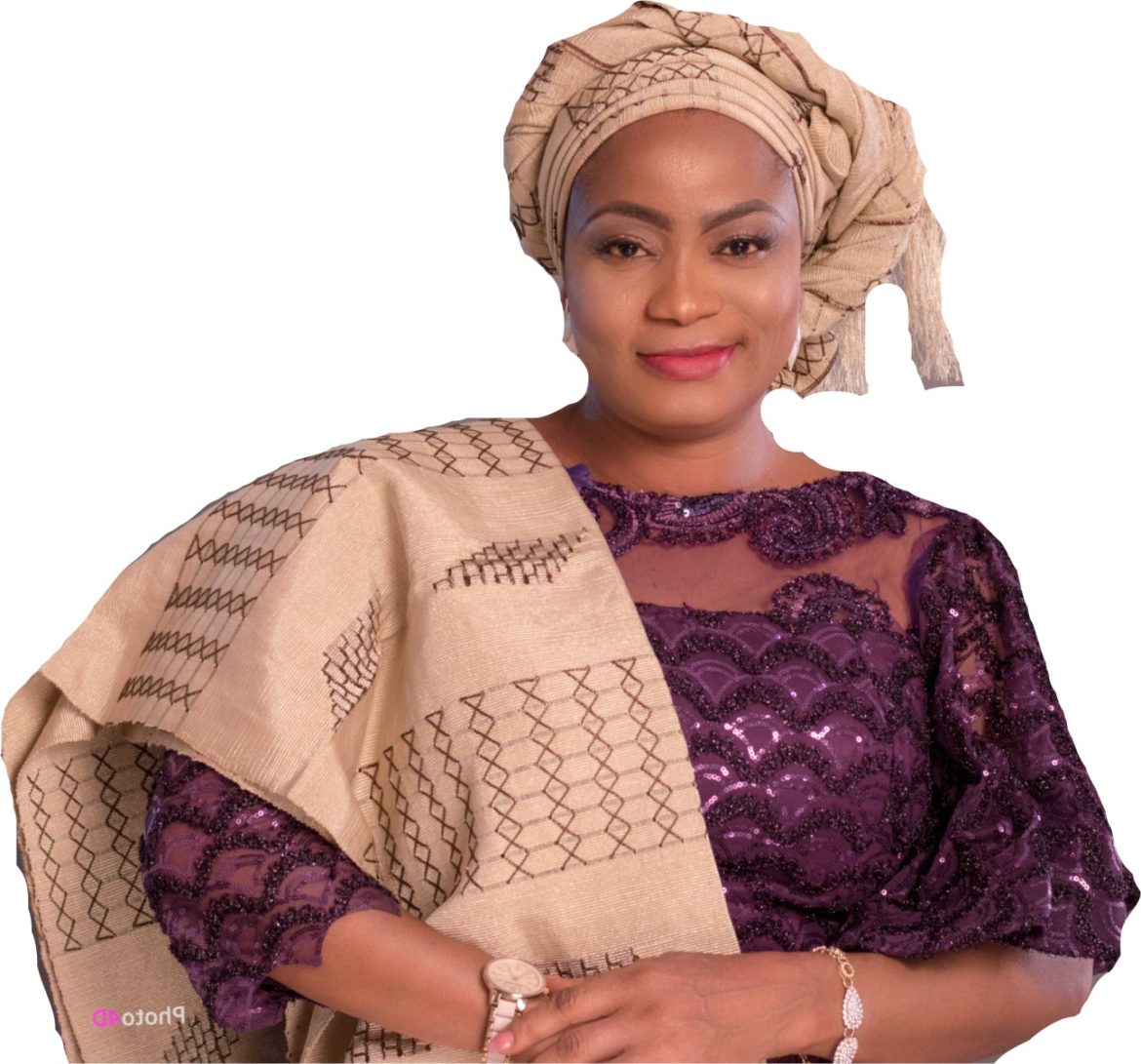 The name Esther Adeola Obafemi is not new to many who are lovers of Gospel music in the mid 2000s. Her music is full of messages that restore hope and believe in the omnipotent power of God. A number of her albums allude to this as many usually get inspired upon listening to her highly inspirational songs.

Esther patterns her songs to challenges of the day. This has made her unique among her peers. In 2010 Esther left the shores of Nigeria for Ghana and ever since she never stopped ministering into the lives of people despite the unfamiliar and challenging terrain of doing gospel in Ghana.

Asides from her gospel music, Esther is multi-skilled and business oriented. She is a fashionista who styles and sews male and female garments. She sells bags and shoes for men and women. She also ventures into catering service due to her love for cooking and good foods.

Recently the ever-dynamic Esther paid a visit in conjunction with her producer, the popular Juli King to City People’s office in Lagos. There she revealed a lot that she went through on the journey into Ministering with her gospel music, why she left Nigeria for Ghana and many more things you need to know about her.

Below are details of what she told City People’s SOLA BAMIDELE, JAMIU ABUBAKAR, DAMILOLA AKANDE and OLAOLU OGUNTOYINBO.

Tell us the purpose of your visit to City People today

I am here today to showcase to the world what I have in me as it has been in me since childhood.

Why did you go into gospel music?

The first album I released was in 2008 immediately after my father’s death. When my father died something in me pushed me into music. So I needed to be sure it was a calling. I prayed about it and had a dream; I went to meet my pastor, Pastor Afolayan to pray for me. He told me it was truly a calling. I began the journey and in 2 months I felt like I was doing right, I felt all burden lifted off me. I was enjoying the whole process and it dawned on me that I had such gift but lacked the motivation. I went to GWS studio in Ogba Lagos to record my first album called ‘Pologo Ogo Mi’ in 2008; it means to announce the Glory of God. It was launched in CAC (Christ Apostolic Church), Apata in Shomolu.

As I continued in the journey, God proved his worth. Immediately I launched ‘Pologo Ogo Mi’.

Not long after, I rushed to the studio to release another album titled Baba You Are Too Much.

After sometime, I birthed another album called ‘Milestone Gratitude’.

Where do you derive inspiration of your music from?

I derive my inspiration from God. Sometimes you go through some things in life that you learn a lesson from and just have no choice but to go back to God and tell many people about what he has done. So I went through so many things and I am glad that I am through them now.

What was your husbands reaction to you minisetring through music?

My husband doesn’t disturb me, he has been a good and supportive man but I always tell him my plans and movement.

What is your opinion on how a gospel artist should dress?

When we talk about the rules that say gospel artists should not do certain things like no earrings and all, I will say it depends on the kind of relationship one holds with God. Nobody wants to be recognized as an ugly and untidy person. Even when a person is ugly if the person is well packaged he will still be termed as good looking. For me I love fashion and it has been the one thing in my life that I also enjoy, I don’t like when someone is untidy. It is through our dressing that we show how God has blessed us because no one will want an untidy and dirty person to lay his hands on you claiming he wants to bless you. Now I am not saying you should over do it, more like how I saw popular praise singer Ester Igbekele last week. I loved her outfit because she looked smart. If you make your hair, make it neat. I don’t mean you should use it to commit sin like make people sin or to show off. Let it reflect the beauty of God in you not to aid others into stealing, or to make people jealous. You shouldn’t even be jealous of others because it is witchcraft.

Tell us about your family background?

I was born into a polygamous family; my mom happened to be the first wife and had given birth to other male children before me. She prayed for a female child and I was born in 1969.

Tell us about your business lines

I started in the business line as a caterer. I actually bake free cakes for weddings and cook delicious meals for parties. I also was into baking cake bread served with tea to which I had people who delivered to banks as I had a wide range of them as customers. I enjoy cooking and baking in large portions because I enjoy the process and all that come with it. I also went into fashion by learning how to make men and women garments. As an up and doing person,

How can you describe your producer Juli King?

He is a major success pusher as he pushes you to do what you think is impossible. This is what the youths of this generation need but lack it and it hurts to know that there are lots of talents scattered out there looking for such opportunity but cannot find it. I pray that God pushes someone like Juli king to them.

There are a lot of things to expect from me as Juli King productions has pushed me to do all of this so I have more than enough to pour out to my fans.

Who are the gospel artistes you look up to and would love to do a collaboration with soonest?

I have a lot of them because I want to sing to the glory of God and we can’t just sing for nothing. I want to sing in a way that when I drop the microphone, I want people to reference God. For me those I look up to are Bola Are, Bisi Alawiye, and I want my music to come back to Ebenezer Obey and Baba Yewa. And I pray by Gods grace it will be achievable.

READ ALSO: MANY OF OUR CLIENTS HAVE COME TO KNOW US FOR KAFTANS – LAGOS FASHION DESIGNER, YEWANDE HAKEEM-HABEEB

Many Of Our Clients Have Come To Know Us For Kaftans – LAGOS Fashion Designer, YEWANDE HAKEEM-HABEEB