Why Modele Sarafa-Yusuf Wants To Be Next Ogun Governor 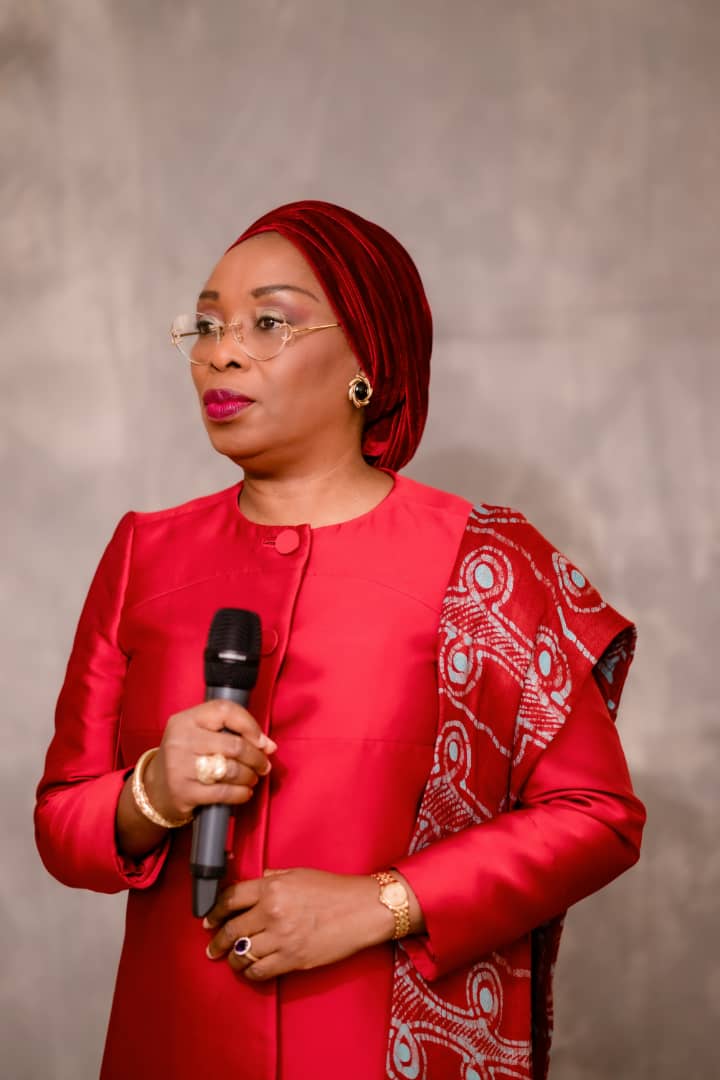 Have you heard the Big news that popular Media Personality
Modele Sarafa-Yusuf has joined the Ogun guber race and she is seriously working towards getting her party’s ticket.
Let’s tell you a little about her.She has a solid profile.She is an accomplished professional who has done well for herself. Many don’t know she was born in Ibadan into the family of Alhaji Buhari Osinaike, a public servant in the old Western Region and Ogun State and Alhaja Sifawu Osinaike a textile merchant.

Modele Sarafa-Yusuf had her primary and post primary education in Ibadan before proceeding to the University of Ife (now Obafemi Awolowo University) where she obtained a Bachelor of Education degree in English in 1986. She later obtained a Master’s degree in Public Administration from the University of Lagos in 2002
In 1987, Modele was deployed to Oyo state for her National Youth Service

For her primary assignment, she was posted to the Nigerian Television Authority (NTA) Ibadan where she quickly mastered the art of television news gathering, processing and presentation; and became the first woman sports caster in Africa. She was not only the first, she distinguished herself thereby becoming an asset to the station; and not surprisingly, she was retained by NTA Ibadan after her service year. Modele was later posted to the NTA headquarters in Lagos where her presentation became synonymous with confidence and excellence. Even though she was primarily a sports caster, Modele Sarafa-Yusuf took on assignments in other areas including business, politics and crime. She was also a columnist in newspapers and magazines; and a scriptwriter for television programs in fields as diverse as culinary and education.

For many years on NTA, she radiated confidence and charm which brightened many homes.

Modele Sarafa-Yusuf joined telecommunications company – Globacom in January 2004 as Senior Manager Sponsorships. In the more than seven years she was at Globacom, she helped develop the company’s sponsorship strategy, which led to increased brand awareness and subscriber loyalty; and was credited with helping to build and manage strategic relationships between the company and the media.

Later as Globacom’s Head of Sponsorships (West Africa), she worked with a team of very talented people contributing to projects such as the Glo-CAF Awards. She also led other projects such as The Lagos International Half Marathon, The Glo-Premier League in Nigeria and Ghana, and the first-in-Africa relationship with Manchester United Football Club.

She went on to become Director of Marketing of the American University of Nigeria in 2013 from which position she retired to set up Formart Multi Services Nig. Ltd, Marketing Communications consultants to several blue-chip companies.

For several years, she produced and presented the personality interview program View from the Top on Channels Television (4) The program ran over several seasons and always featured top decision makers and elites in business, public service, politics, philanthropy, religion and royalty.

The program View from the Top later aired on Arise News Networks for a few more seasons. As Head of Lagos Operations in Arise News, Sarafa-Yusuf helped to transition the former London-based world news channel to an Afrocentric channel with a Nigerian DNA; helped recruit on-air and back-end personnel and worked with anchors, reporters, and producers on ways to make the newscast more appealing. In addition, she coached the anchors on vocal delivery, ad-lib skills, posture, and pacing.

Modele won the National Youth Service Corps (NYSC) State Award in 1987. In a citation written by the NTA and which was read at the NYSC Award ceremony, Modele was described as “a responsible, respectful and respectable woman who stamped her unassuming personality on NTA”.

In the course of her career, Modele won several other awards including, the Nigerian Media Merit Award (1996) and the National Association of Women Journalists Award (1999) before retiring from the NTA in 2003.

In 2012, Modele was one of the 121 (one hundred and twenty-one) media icons and trailblazers who were honoured for their work over the years at The Red Summit Gala.

She is a Fellow of the Institute of Management Consultants
In 2018, Sarafa-Yusuf was invited to join the campaign team of then Ogun State Governorship candidate, Prince Dapo Abiodun, and as Director of Media and Publicity, Modele oversaw the entirety of the campaign’s messaging, message planning, media relations, and supervised lean communications staff.

It was widely acknowledged that, Modele’s team came up with creative ways to capture popular imagination and gain critical mass of votes which ensured victory.

Governor Dapo Abiodun later named her his Special Adviser on Information and Strategy, describing her as “a respected leader of sponsorships and public relations; a concept developer and coordinator of marketing campaigns which effectively reinforce and build brand image”

As Africa’s first woman sportscaster, for over 17 years, Modele anchored sports broadcasts on the Nigerian Television Authority, during which time she was often the only female in the room. She covered all the major national and international sports events including the Olympic Games in Atlanta and Sydney, the Commonwealth Games in Victoria, Canada and Manchester, England, the World Cup finals in the USA (1994) and France (1998), the 1st Women’s World Cup in China (1991), the Chess Olympiads in Novisad and Manilla, the African Games in Harare, Zimbabwe and Abuja, Nigeria, and numerous age grade sports competitions across the world.

As Globacom’s Head of Sponsorships, her team sponsored and raised the standards of many national and international sports events, including the Nigerian Professional Football League in Nigeria and Ghana; the Federations Cup in Nigeria and the CAF Awards which, with its glitz and glamour, became a benchmark for sports awards in Africa.

Modele was also the project manager and coordinator of the Glo-Lagos International Half Marathon, which at the time, was the 2nd richest Half Marathon in the World.

In 2011, Modele Sarafa-Yusuf was appointed a member of the Women in Sports Commission by the Nigerian Olympic Committee and in December, 2012, The Federal Ministry of Youth and Sports appointed Sarafa-Yusuf into The League Management Committee which birthed the now successful Nigerian Premier League.

Modele Sarafa-Yusuf is the mother of 3 adult children and mother-in-law of two.

A philanthropist, she is often described as a young-at-heart and has continued to champion and support programmes that empower youths, and help them to realise their potentials.
From what we can see,she is very serious about her ambition and she has begun serious consultations with all the stakeholders in the state.And she has been receiving their blessings.

Why Modele Sarafa-Yusuf Wants To Be Next Ogun Governor was last modified: March 2nd, 2022 by Reporter