Why Pastor TOBI ADEGBOYEGA Is Popular In LONDON 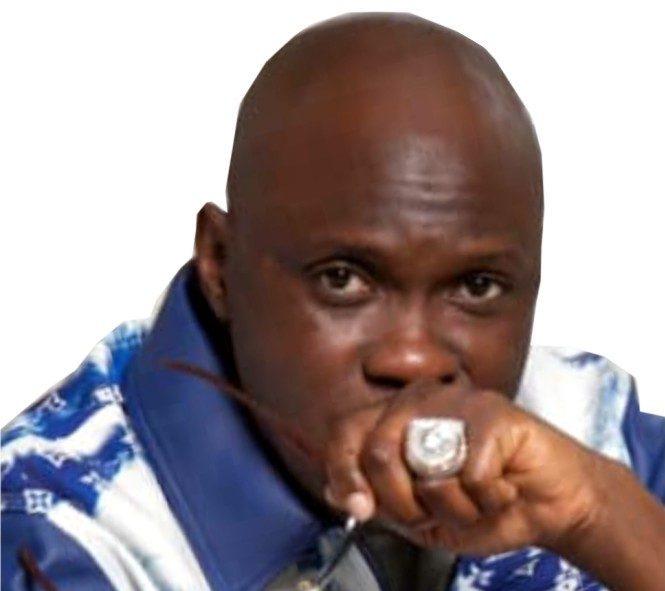 Call him one of the most flamboyant pastors in the UK and you will not be wrong because Pastor Tobi Adegboyega, the flashy pastor of Salvation Proclaimers Anointed Church, SPAC Nation, surely fits this description with the way he dresses and lives his life. He is one of the young pastors in London whom the youths adore. He also pastors a congregation consisting mostly of the youth. His philanthropic nature is part of the reasons many youths gravitate toward his church.

Pastor Tobi Adegboyega is always in the news for one reason or another other and this has made him a lot more popular even though he resides in London. He is very active on social media, which explains his huge followership.

Many times, he posts what he is wearing and asks his followers to comment on the designers he is wearing, this sometimes comes with a giveaway of 1000 pounds! He has this way of making people aware of what he is doing on a daily basis with his posts, especially on his lifestyle.

Recently, he was in the news when he hosted the grand commander, Chief Ebenezer Obey in his palatial mansion in London and also when Davido went on a visit which showed they were working on some songs together, with a lot of rehearsals going on. The pastor, who will be 42 in a few months, will also not prefer a quiet celebration, because he always celebrates his birthdays in a big way. His 41st birthday will not be forgotten in a hurry. That was when he decided to paint the city of London red, in a convoy of exotic cars. The vehicles included seven colourful Lamborghinis, Range Rovers, and a couple of Mercedes Benz G-Wagon SUVs, all driven by his junior pastors and some members of his church.

They all gathered at an upscale restaurant for a three-course birthday dinner. As expected, Pastor Adegboyega was roundly criticised by some Nigerians who felt the display was a bit too much, unnecessary and unbefitting of a preacher. But his ardent followers saw nothing wrong with what he did. How could they, when they also crave that kind of flamboyance! Beyond his flamboyance, who really is Tobi Adegboyega and what is he really all about?

Cousin of British actor, John Boyega, Tobi Adegboyega is the founder of Salvation Proclaimers Anointed Church, SPAC Nation, a Pentecostal Church based in London, England, otherwise known as NXtion Family. He started out as a pastor under Nigeria-based Prophet Samson Ayorinde of the World Evangelism Bible Church (WEBIC) before leaving to set up SPAC Nation in 2008, three years after he moved to London from Nigeria. However, in May 2020, Adegboyega decided to hand over SPAC Nation to two of his able lieutenants, while he took up higher responsibilities.

The cleric lives in a mansion valued at £2.5 million and drives flashy cars, such as an orange and a yellow Lamborghini, a black Mercedes Benz G-Wagon SUV, a black Brabus and a black Range Rover SUV. These cars cost between $150,000 and $2 million apiece. He also likes to wear very outlandishly, in-your-face, designer outfits and seems to particularly like the Louis Vuitton brand.

Besides having Rolexes in his collection of wristwatches, Adegboyega is an ardent fan of the Richard Mille brand. His junior pastors also follow in his footsteps, dressing in designer ensembles and driving fast cars. He also likes to throw loud late-night parties that once attracted the wrath of his wealthy neighbours.

When the cleric and his pastors show off, he explains it as community wealth and not personal wealth. He describes other flamboyant pastors and church members as a community of ‘fighters and winners’ who don’t care what anyone thinks about them. In his opinion, anyone who condemns how they live does not like good things and obviously cannot withstand their resolve.

Adegboyega has had his fair share of controversies. At different times, he has been accused of financial exploitation, financial misappropriation and all. Despite all these, he keeps trending all the way.

Addressing the controversy over his extravagant fashion taste, Adegboyega once said: “Well, I’m sorry, I didn’t get the memo, I didn’t know that there was a dress code for being a Man of God. You see the problems with Africans, and that is why we have such a dark continent. We are who we are because we embrace cultures and traditions we don’t know about. Pastors wear suits and tie under the sun. There was no suit and tie in the Bible. Jesus dressed according to the order of his day as a Jewish man. So, for me, I dress according to my generation and the people I am trying to reach”.

“The people I am trying to reach are what I look like and so if people say it’s funny – because it makes you wonder how people process thoughts – if your pastor wears suits and ties, you should doubt that he is a man of God? People dress according to their generation. Imagine Jesus dressed like people dressed 100 years ago or even dressed like Adam in the garden of Eden, it makes no sense. I deal with a generation that wants to follow actors and rappers and if we are going to change them to God’s glory, we have to look like them. Do you remember the scriptures where Paul said, ‘to all men, I became all things? Just in case I might be able to gain some?”

On his philanthropic nature, he further disclosed that SPAC Nation runs a programme, Wealth Nation which empowers young people. According to him, the church has spent close to N30 million on young Nigerians with ideas and problems. About 30 youths were given N1million each and the church intends to help 100 youths with their businesses. He clarified that he is not after public praise but genuinely wants to help people with needs. To be sure, Adegboyega comes from a Christian family. His father was a preacher. He came to the United Kingdom at the age of 25 after studying Law at Ogun State University (OSU).

Pastor Tobi Adegboyega moved to London from Lagos, Nigeria in 2005. On arrival in London, he shared a room with his cousin, an actor, John Boyega. On 20th May 2020, when Tobi Adegboyega stepped down as Lead Pastor of SPAC Nation, he handed over to Samuel Akokhia and Damy Balogun. The announcement was made via the church’s official Twitter handle.

In 2019, he announced his readiness to alleviate poverty among youths in Lagos State with the creation of jobs through the waste management business. In March 2020, during the COVID-19 pandemic, he sent relief materials to the less deprived, most populated communities and villages in Nigeria, Ghana and Tanzania. The same gesture was replicated in some states of the UK and Europe. He once hosted a breakfast with the Financial Times and other leaders present to discuss opportunities available to Nigerian youth. In a 2020 interview, he stated he had been married for 8 years.

Why Pastor TOBI ADEGBOYEGA Is Popular In LONDON was last modified: August 31st, 2022 by Tayo Oyediji

How Gov. MAKINDE Turned Around Waste Management In 3 Yrs

What We Would Miss About Our Dad,...