Home News Why Surrogacy Is On The Increase
News 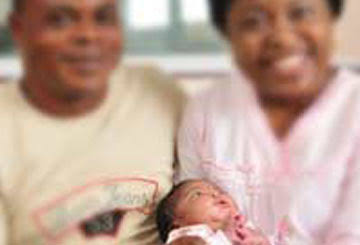 Surrogacy is the practice of hiring a woman to carry pregnancy and give birth for another woman.

There are two kinds: Traditional surrogate mum is a woman who gets artificially inseminated with the father’s sperm. She then carries the baby and delivers it for you and your partner to raise.

(1) A traditional surrogate mum is the baby’s biological mother. That’s because it was her egg that was fertilized by the father’s sperm. Donor sperm can also be used.

The surrogate then carries the baby until birth. She doesn’t have any genetic ties to the child because it wasn’t her egg that was used.

If you’re a woman, you may consider a Surrogacy for several reasons: Medical problems with your uterus. You had a hysterectomy that removed your uterus

Conditions that make pregnancy impossible or risky for you, such as severe heart disease

You may want to think about surrogacy if you tried but couldn’t get pregnant with a variety of assisted-reproduction techniques, such as IVF. Surrogacy has also made parenthood an option for people who might not be able to adopt a child, perhaps because of their age or marital status.

If gay men decide to use a traditional surrogacy, one of them uses his sperm to fertilize the surrogate’s egg through artificial insemination. The surrogate then carries the baby and gives birth.

A gay couple might also choose an egg donor, fertilize that donated egg, and then have the embryo implanted in a gestational surrogate to carry until birth.

There are several ways you can find a Surrogate mother:

Friends or family member. Sometimes you can ask a friend or relation to be a surrogate for you. It’s somewhat controversial. But because of the high cost of surrogacy and the complex legal issues it raises about parental rights, a tried-and-tested family relationship can be simpler to manage.

The American Society for Reproductive Medicine accepts certain family ties as acceptable for surrogates. It generally discourages surrogacy, though, if the child would carry the same genes as a child born of incest between close relatives.

A surrogacy agency. Most people use one to arrange a gestational surrogate. There are about 100 agencies now operating in the U.S. They act as go-betweens. An agency helps you find a surrogate and make arrangements. It also collects any fees that get passed between you and the surrogate, such as paying for her medical expenses.

HOW TO CHOOSE A SURROGATE

Right now, there aren’t any regulation about who can be a surrogate mother. But experts agree on a few points about how to select one. You should choose a surrogate who: Is at least 21 years old

Signs a contract about her role and responsibilities in the pregnancy, such as prenatal care and agreeing to give you the baby after birth

The American Society for Reproductive Medicine says a surrogate should get a medical exam to check that she’s likely to have a healthy, full-term pregnancy. The organization suggests she gets tests that check for infectious diseases such as syphilis, gonorrhea, chlamydia, HIV, cytomegalovirus, and hepatitis B and C.

Surrogates should get tests to make sure they have immunity to measles, rubella (German measles), and chickenpox. Also, you may want to ask that she get a medical procedure to visually “map” the uterus, which can help the doctor check her potential to carry a pregnancy. A surrogate mother should have her own doctor during pregnancy rather than use yours.

The cost of surrogacy can range from $80,000 to $120,000. A lot of different things go into the price, such as whether the surrogate has her own medical insurance or whether you need to buy a surrogacy-pregnancy policy for her.

READ ALSO: WHY I AM ALWAYS HOLDING A TORCHLIGHT WHEN I SING –ZAKKY AZZAY

Why Surrogacy Is On The Increase was last modified: November 29th, 2019 by City People