Why The Super-Rich Are Crazy About ORANGE Island 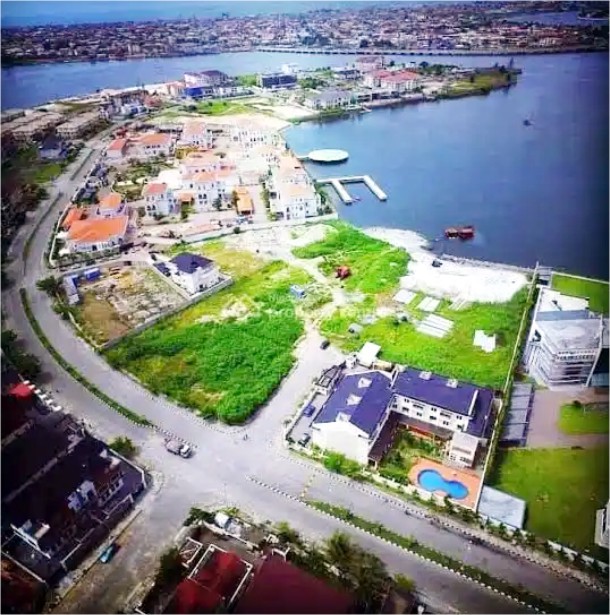 •Where They Buy Over N1 Billion Per Plot For Land

There is a trending location in Lagos that the super-rich are “crazy about” right now. It is obviously not the popular Banana Island. And it is not Bourdillon or Alexandra Road in Ikoyi. It is another special, uniquely reclaimed Island In Ikoyi, called Orange Island.

The features of this newly reclaimed estate are synonymous to Banana Island and Eko Atlantic, in Victoria Island, Lagos. Though, work has been going on in the last few years in the estate. Presently, from the look of things and the pace of work, we can confirm that all is now set for the commencement of big projects that will wow many passers-by.

For those who are still struggling to find the location; it is easily accessible from Lekki Phase 1 and next to the Lekki Foreshore reclamation project. Orange Island is easily accessible via the Lekki-Ikoyi Link Bridge and Lekki-Epe Expressway through Freedom Way. It is minutes from the shopping and leisure along Admiralty Way. And for those who are coming from the mainland, Orange Island can be easily accessible through the popular Alexandra road or through Bourdillon. It is on the left side of the Lekki-Ikoyi Link Bridge, coming from Ikoyi.

It is generally believed that Ikoyi in Lagos is the home of the super-rich in Nigeria. Ikoyi is one of the most affluent districts in Lagos City. It is the billionaires’ haven. To acquire land in Orange Island a few years ago cost about N165,000,000 per plot (500 Square meters) and above. Presently, the price of land on this Island has skyrocketed. It is now sold between #1 Billion and above. This is so because of the dollar to naira exchange rate.

This project is a Public-Private Partnership (PPP) between Orange Island Development Company and the Lagos State Government. Orange Island has been conceptualised, managed and delivered by teams of national and international reputation. The Lagos State Government’s aspiration is to transform Lagos into an organised smart city which makes use of resources and services both tactically and efficiently. This Island is poised to be a leading example of a stylish lifestyle with a strong sense of community, with security and safety central to its vision.

The project is conceived with the singular aim of creating a super modern up-market residential, mixed-use and commercial use megacity on a reclaimed island in the gentle waters of the Lagos Lagoon abutting the Lekki Phase 1 foreshore.

The project, which accounts for 150 hectares of land exclusive of the water features, involves the dredging of sand from the bed of the Lagos Lagoon, the construction of an access land bridge and the creation of infrastructure to service the island.

Managing Director, OIDC, Yinka Ogunsulire, a fee years ago said her firm would reclaim the land and build the infrastructure and reputable developers in partnership with the developer would develop the top structures. Once built, Ogunsulire added that, subsidiaries of OIDC would manage the utilities, and infrastructure and become the municipal managers. A Nigeria’s foremost indigenous dredging company, FW Dredging Company is the sponsor behind the Orange Island project.

Ogunsulire assured investors that; their investments’ are safe, as the title on the land would be a deed of sub-lease or assignment from the global certificate of occupancy. She added that other legal documents would include individual plot survey plan, landform 1C and home-owners agreement.

Below are the fact about the MD of Orange Island, Mrs Olayinka Ogunsulire.

She is a property development and investment professional with over 25 years of experience in her field. Her previous roles include CEO of Heirs Real Estate and Managing Director of ARM Properties Pls, both leading players in the Nigerian property market. She has extensive experience initiating, executing and managing large scale real estate and housing infrastructure projects. A Fellow of the Royal Institution of Chartered Surveyors and a member of the Institute of Directors, Yinka sits on several boards including Afriland Properties Plc and Anchorage Leisure Limited.

Why The Super-Rich Are Crazy About ORANGE Island was last modified: May 10th, 2022 by Isaac Abimbade

We Need To Learn To Build Strong...

231 Students Graduate With First Class In...