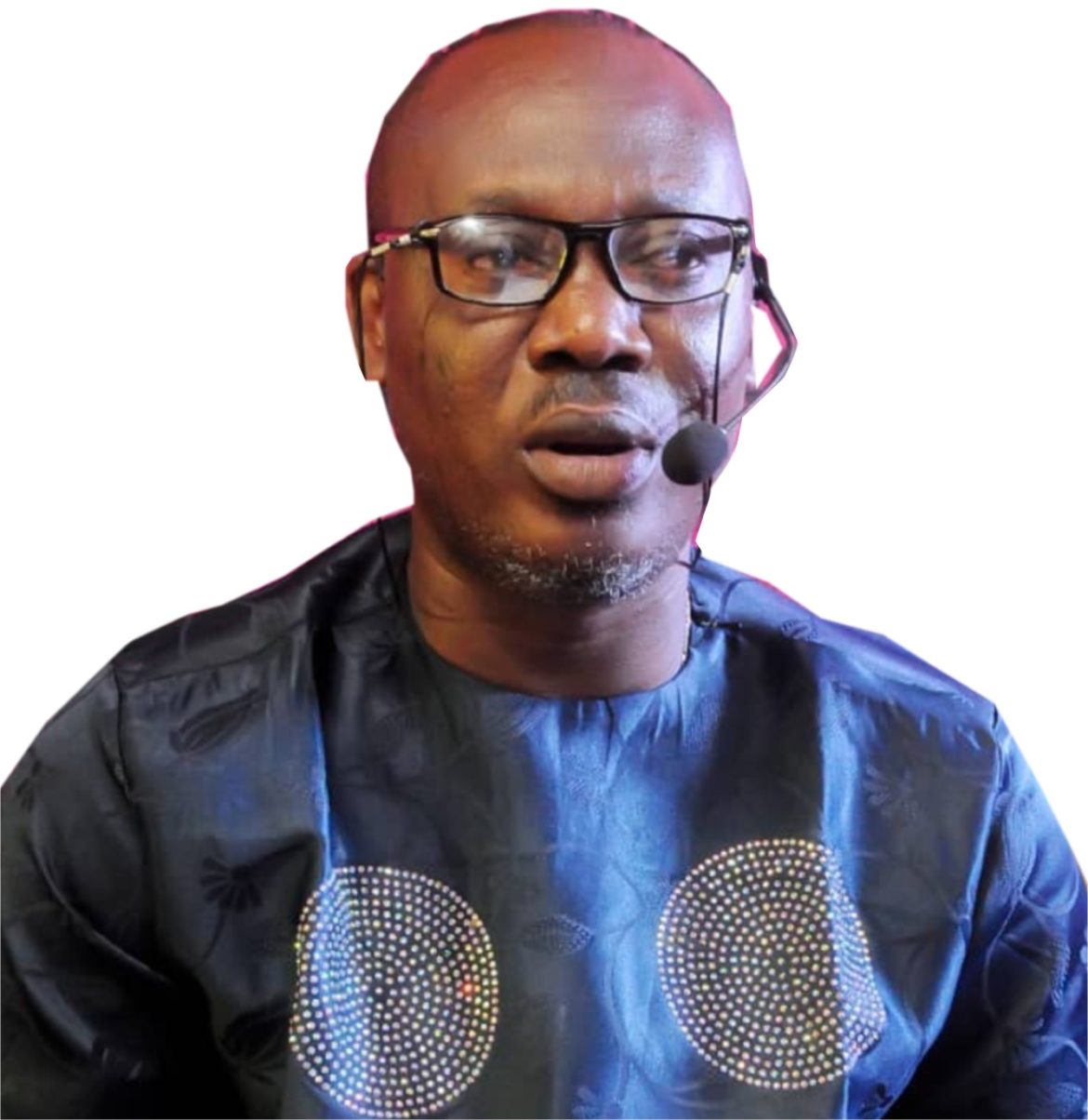 •On His Annual Show

•And Why It’s Holding Together With Wife’s Foundation

If you have been in the showbiz sector for a long time, either as an artiste or a media practitioner, you certainly would know the name Soji Omotayo. He is the young, dynamic and extremely creative Journalist and broadcaster per excellence who has made such a resounding impact within the Showbiz industry. This explains why both the movie and music stars gravitate towards him all the time. He has been part of the success stories of many of them. His annual event the All White Night Out has become one of Showbiz’s major events that top showbiz stars and celebrities look forward to attending every year. For eight years running, Soji has successfully hosted the All White Night Out. One of the editions was held in London. This year’s edition holding on December 17th at Excellence Hotel in Ogba will be slightly different. This year, Soji Omotayo’s beautiful wife, the gorgeous looking Empress Ewaade Omotayo, will be merging with her husband to stage the event tagged Soul to Soul/All White Night Out 2020 come December 17th.

The pretty lady runs Ewa-Inu Foundation and has been supporting and empowering the less privileged in the society for many years now. She has taken about 10 of these physically challenged but creative individuals under her wings and is providing them direction and support. She has a couple of them who are talented singers (she is also a talented gospel artiste) and she has completed an album project involving them and other top artistes such as Pasuma, Malaika and many others.

In this interview with City People’s Senior Editor, WALE LAWAL (08037209290) both Soji Omotayo and wife, Empress Ewaade, speak about this year’s All White Night Out and why it will be different from previous editions.

Why is this year’s All White Night Out holding alongside your wife’s Ewa-Inu Foundation?

I think Ewa-Inu foundation has done a lot. My wife has done really well to take the foundation this far. There’s been no assistance from anywhere, it’s just been herself, myself and a few close friends of mine who have been supporting us as well. Look at the guy she mentioned earlier, Rolling Dollar, he’s been in the music industry for a very long time while he was on stage. You will be amazed when you see him perform on stage. The day Pasuma saw him, he vowed and said he would give it whatever it takes to see that Fatai Rolling Dollar is successful. Between you and me, Pasuma was very much a part of the album we’re launching at the event come December 17th. There’s also Shekere, a guy that used to be with Yinka Ayefele’s band, he will be there as well. He limps too. We also have top rated stars like Biyi Samuel, Seyi Michael, my wife, they all did it together. We just felt that we must bring them together, disability is not a disease. The whole idea is that, whenever she goes out to give money to these guys on the streets, she will ask them, what can you do? Instead of me giving you money every day, how can I assist you so that you won’t be here tomorrow again begging for alms. That is why we decided to put the album together and do the launch on December 17th. Whatever we realize from it, we use it to support them and then take a lot more of them off the streets.

Maybe you should tell us about All White Night Out, that’s a brand that’s become iconic in the showbiz industry today. It’s been on for how many years now?

This will be the 9th edition. We bless God. It’s been God all the way. I will say a big thank you to the publisher of City People. I still recollect that the year I was about to start, I walked up to him and said, sir, I want to do an annual event, but I want it to be something different. He asked, what is it all about, I said I don’t want to do the sort of awards everyone is doing. I want to celebrate excellence in corporate organizations, politics, and individuals as well. If you have done well we will celebrate you. But if you do not merit it, then you will not get our award. This is why we have been consistent and are already on the 9th edition. And it has held at so many locations. We’ve done it on the Island, Ikeja and in London as well. But this year’s edition will hold at the Excellence hotel in Ogba. And for this year, unlike in the past where we had like 20 categories, this year, we are celebrating only 10 outstanding people who have merited the award. For instance, going into the royal circle, we’re looking at the most fashionable king, we’re looking at the youngest and most dynamic king, we’re also looking at the young entrepreneur of the year. Now, these people may not necessarily be the ones you see gracing the covers of magazines, but they are also very successful individuals who are doing so very well but are not making any noise about it. For the Ewa-Inu foundation this year, we want to bring out these talented physically challenged individuals and let people like these and the world see them. I remember at the last edition of All White Night Out held at Airport Hotel, veteran broadcaster  Ambrose Somide wept for several minutes when he saw these talents on display. He couldn’t conceal his emotions. Somebody like Fatai Rolling Dollar, the blind singer, said when he released his first album, Pasuma had not started music. And by the time we started putting things together for him, within a couple of weeks, he had met with Pasuma, Malaika and other stars. They all rallied round him. Even lately, the guy had issues with someone who tried to frame him up for a crime he did not commit. He was arrested and no one could get him out of the mess until he called Ewa-Inu foundation. And when we got there, the police recognized the foundation and released him to us. These are some of the things we have done for him. So, we will use this year’s All White Night Out to push Ewa-Inu foundation.

So, it will be a loaded event this year?

Yes, it is. It will be mind-blowing. It’s going to be thrilling, it will definitely be one like never before.

What keeps Soji Omotayo going? What has continued to drive you after all these years despite the harsh realities of the showbiz sector?

Let me start by saying God, and my wife. And of course the passion I have for what I’m doing. I don’t believe in failure. Once I make up my mind to do something related to showbiz, nothing can make me go back. I see myself as an achiever, though I go through a lot to be able to achieve the things I’ve been able to achieve. But I’ve been also lucky to have had a group of supportive people around me who believe in me and in what I do. So, it’s basically the love of people and the passion I have for my job.

You have had superstars like Pasuma, Sir Shina Peters, Obesere, Biyi Samuel, Omije Oju mi, all around you for many years now. Till today, they all still rally round Soji Omotayo whenever you have an event that requires their presence, how does that make you feel knowing all of these people are always there for you?

Well, I give God the glory, but then again, may be its also because Soji Omotayo does not worship money. In this industry, as a brand, if you’re too money driven, then you might find yourself crashing out of the industry sooner than you think. For me, I do not believe that as an artiste, if I get you involved in a show you must envelope some money for me from your stage proceeds, no, I don’t do that. Most times, I spend my own money on artistes’ projects. Even when it comes to anchoring of events, sometimes I don’t collect a dime. But if you appreciate me, I will appreciate you in return. There are so many people that I’ve turned down their offers to MC at their events. Last week, I left my home in Lagos as early as seven in the morning to honour Femi Branch in Ijebu. By the time I got there, people were already waiting for the MC. In fact, some were already saying maybe he has not completed the MCs money and Femi Branch told them, Soji didn’t collect a dime from me o! Soji came all the way from Lagos just to honour me. So, for me, I appreciate loyalty. If you have added value to my brand, surely, I will go o any length to support you as well.

Why This Year’s All White Night Out Will Be Different – SOJI OMOTAYO Speaks was last modified: November 26th, 2020 by Wale Lawal

Some People Are Out To Destabilise LAGOS – LAGOS Info. Commissioner, GBENGA OMOTOSO