Home News Why We Have Not Allowed Our Wives To Separate Us – Popular Gospel Music Stars, The ADEGBODU Twins
News 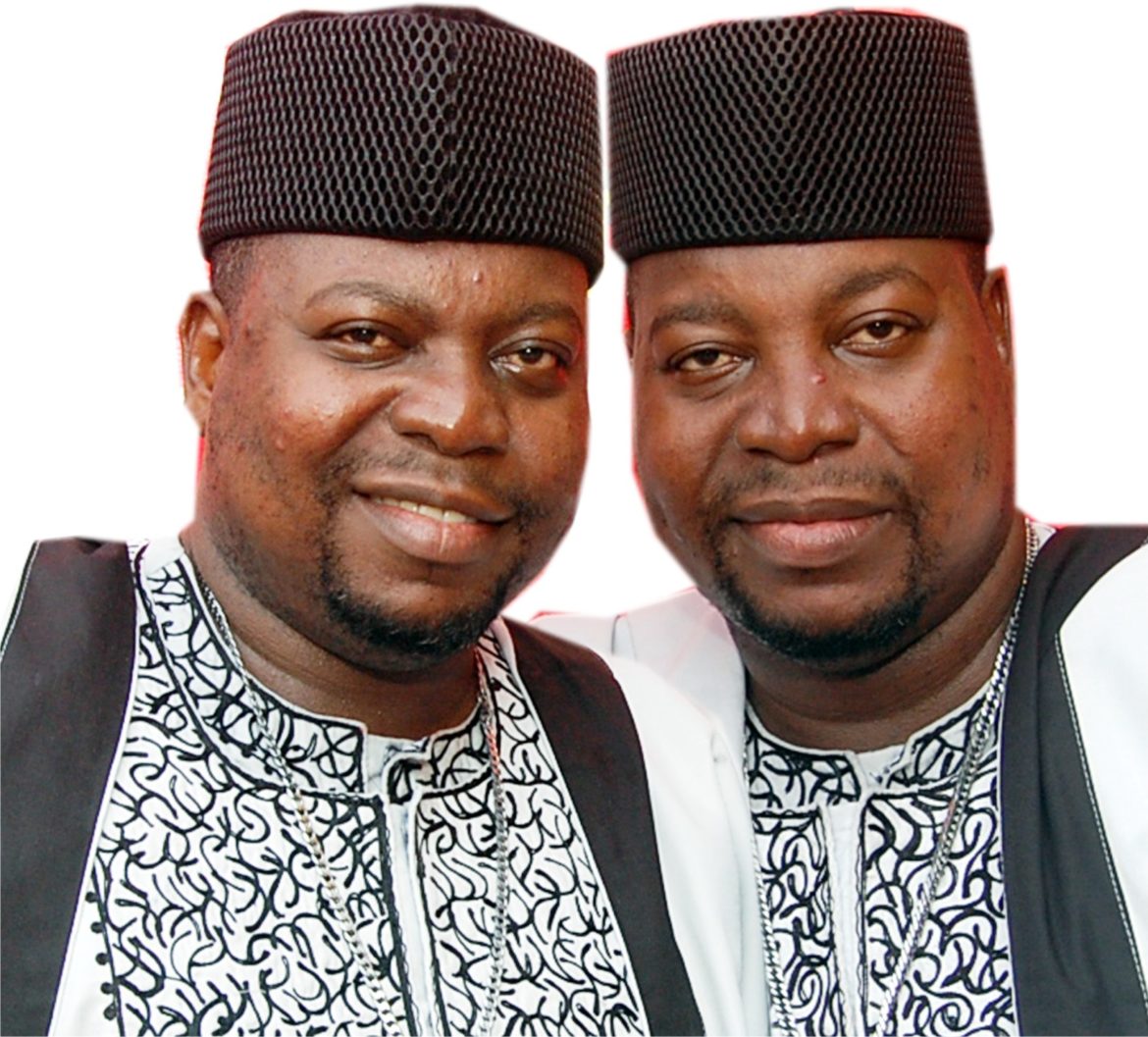 They are popular twins. They are identical. They are intelligent, outstanding, handsome, humble, elegant, responsible and highly spiritual. The Adegbodu twins are currently among the well-respected and top-ranked gospel Musicians, especially in the Yoruba music genre. One is Amos Taiwo Adegbolu. The other is Samuel Kehinde Adegbolu.

These Gospel music maestros are among the latest and finest singers who are thrilling gospel enthusiasts with good spiritual songs.

There is no church concert or event these 2 would storm and perform that their presence and anointing would not be felt.

The Oyo State-born identical twins, who have churned out different tunes, came into the industry in 1999 and they have performed at different events and gospel concerts, mostly at various churches in and outside Nigeria, and have won themselves accolades and countless prestigious awards.

The duo whose names are now big brands in the entertainment domain, especially in the religious hub, in an interview with City People crew of SEYE KEHINDE, SUNDAY ADIGUN & BIODUN ALAO, explained how their singing profession came into being. They disclosed that their parents were members of Cherubim and Seraphim and founders of their own ministry. They revealed that their parents really supported their career from outset, leading them through the right path of God, which they followed, and never departed from, You will also recall that they’ve said it severally that their existence in the business was not just a mere idea just put together by both of them, but was a revelation that came before they were conceived and given birth to.

They recalled, that even while they were in the womb, messages were coming from different angles, several prophecies came about who and what they would become in the future, so their parents had no choice than to fully support their vision and mission on earth.

The 2 got married on the same day, on the 13th of December, 2008, in Ibadan and are living happily with their families. What was the strategy they have been using to keep their home intact and still remain strong contrary to people’s opinions about twins especially when they are married was also part of the discussion and they revealed a lot. Below are excerpts of the interview.

The year was a great year for us, though it was, not easy but we thank God.

What were the major landmarks that year?

In 2019, we have the opportunity to have our own music studio in Lagos. We received several awards both home and abroad, coupled with lots of things, so we thank God.

There was a party you had recently, can you share it with us?

That was on October 20, 2019. We launched our 2in1 album “unchangeable changer and Adoration”.

It has been a long time we released an album, over 3 years now and we decided to do it that way.

Why didn’t you continue with the annual album you are used to, why did it take you 3years before you release this?

We just decided to take our time. We don’t just release anyhow album.

How do you guys divide the different roles you play when you perform?

It’s a normal thing. Taiwo does leads, while I do the backup. He’s always the leader because he’s more vocal than me. I’m also a very shy person.

Have you always have a passion for singing or you grow the interest?

We’ve always had a passion for singing right from our tender age because we were born into a very good music family. Our mother was a great singer before she passed on. And our father was also a prophet, a founder. He has a church in Oyo, C&S church, we always called him Baba Aladura when he was alive.

But while growing up, at what point did you decide to go into music?

We started since our secondary school days at Awe town, Oyo. We did sing in our father’s church, Oke Olifi too, and then from there, people started inviting us to occasions.

There is always a difference in your delivery when you sing, was it deliberate?

I will say that’s an inspiration from God, we don’t even know how it happens. We don’t usually rehearse what you hear us singing until we get the scene. God has been so good to us. We recently celebrated our 25years on stage.

How many albums do you have to your credit now?

So, 25 years down the line, how has the journey been, the ups and downs including the challenges?

We faced a lot of challenges, but the Bible says in all things, we should give thanks to God because He’s the one who made us overcome. How many will I count? Marketers showed us big time. We faced a lot of challenges with them until we now stand on our own, like this our last album, we produced and marketed it ourselves. The marketers frustrated us but we thank God. We faced many challenges but have been so faithful. I remember when we didn’t have a car and people would be looking at us like what is wrong with these ones before God answered us. So we thank God.

How do you see the music industry today with other artistes who are also doing similar things you do?

There is a lot of improvement in the music industry, and I’m sure music would rule this country. It’s happening already. There has been a tremendous change although both negative and positive.

But people always criticise today’s music acts, especially the hip hop artistes that there is no content in what they sing, just the beat. What is your take on that?

Yoruba say:  “Omo ta ye bi la ye npon” Civilisation is introducing so many things to us. Nobody is ready to think and compose again; they know it’s only the beat people want to listen to. They want to get rich quickly because they knew there is money in music.

How do you manage your lifestyle, and how do you keep your home. You know people do believe that twins, once they get married, their relationship won’t be as solid as it used to be. So, how do you guys maintain it and you still remain solid for 25years?

It’s nothing but the grace of God. A lot of things have happened, that could have caused our separation, but we still remain strong. Our dad always told us while we were in school, before we even thought of marriage at all, that, we must pray very well whenever we are ready for marriage, so, it’s what we’ve heard before and we have planned our life towards it. We have those that we wanted to marry before but when we discovered that they would cause trouble for us we let them go. We told them point-blank that you were the problem they were talking about. When we first got married, our wives did not like each other, because they came from different backgrounds. But what we do is that whenever they start their fight we will leave home for them until they amicably settle their rift. Once they didn’t see us, they would be forced to speak to each other until they get used to it.

Do you live together?

Yes, we are living together.

How do you guys cope that there is no conflict?

It’s right from the outset. We have planned it that we wouldn’t leave separately, though, not in the same apartment, but the same building. We are now living in a rented apartment but we are almost done with our own, so they don’t have a choice than to love each other.

What are the things you’ve put in place to keep you relevant in the industry?

We always try to move with the trend. We do lots of research as well. What they used to sing 10, 15 years ago is different from what we are singing now, but we have to make sure that it’s meaningful. We may not say what hip hop will say in their song but we can use their beat too.

We have so many plans. We equally launched the Adegbodu foundation in 2019 and we would start to run it. The NGO would cater to especially twins who are gifted, talented, but don’t have the capacity. Also, the studio we are using now, we rented the building, but by the grace of God, we are building our own this year.

Why We Have Not Allowed Our Wives To Separate Us – Popular Gospel Music Stars, The ADEGBODU Twins was last modified: January 6th, 2020 by City People