Wizkid Confirms He Has A New Album In The Works 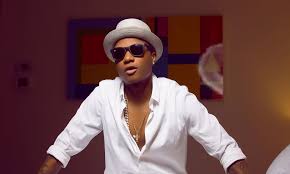 We all know what happened with Wizkid last year: He tried to break into the international market and, as a result, tweaked his sound to appeal to a different audience.

That didn’t work too well in his favour over here, as fans who were excited about the prospect of new Wizkid music, were not particularly impressed with Sound From The Other Side, and the project didn’t end up making the expected impact.

Well, it looks like he’s back to his normal form, and five months into 2018, he’s already given us a plethora of songs and features that are reminiscent of the sound we all fell in love with in the first place.

Given this, we are excited about his upcoming album, which he recently confirmed in an interview with Julie Adenuga.

His Instagram bio also says that he’s working on an album, so he’s officially put it out there, and we’re waiting for him to deliver.

So, we now have two Wizkid projects to anticipate: this unnamed album and Made In Lagos, an EP with artists from his record label, Starboy.

He never gave a specific date for the new album, but he said “real soon”, so we’ll be expectant.

Wizkid Confirms He Has A New Album In The Works was last modified: May 28th, 2018 by Igbokwe John